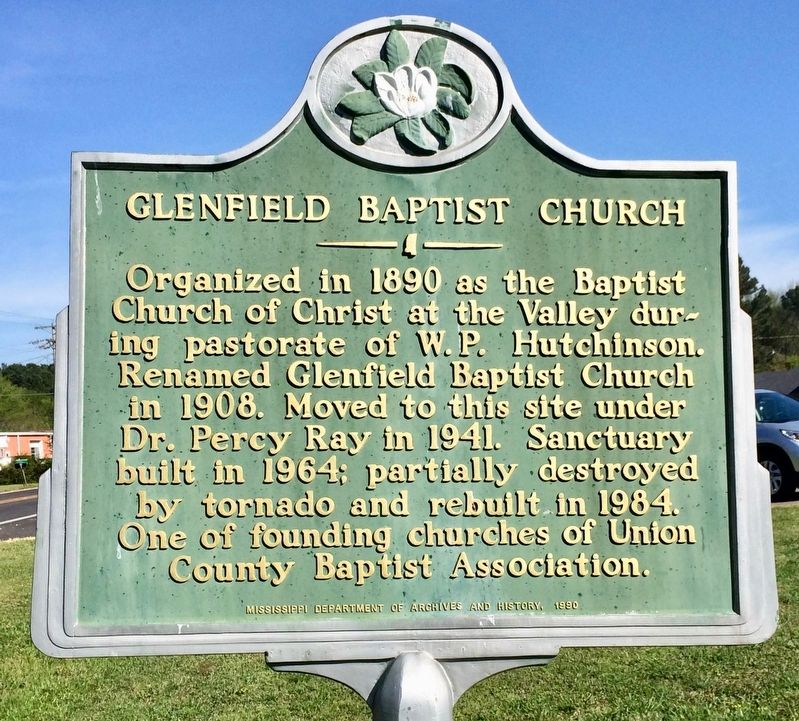 Organized in 1890 was the Baptist Church of Christ at the Valley during pastorate of W.P. Hutchinson. Renamed Glenfield Baptist Church in 1908. Moved to this site under Dr. Percy Ray in 1941. Sanctuary built in 1964; partially destroyed by tornado and rebuilt in 1984. One of founding churches of Union County Baptist Association.

Erected 1990 by Mississippi Department of Archives and History.

Topics and series. This historical marker is listed in these topic lists: Churches & Religion • Disasters. In addition, it is included in the Mississippi State Historical Marker Program series list. A significant historical year for this entry is 1890.

Other nearby markers. At least 8 other markers are within 5 miles of this marker, measured as the crow flies. Stratford Company (approx. 0.4 miles away); New Albany, Mississippi (approx. 2 miles away); Mosley and Johnson 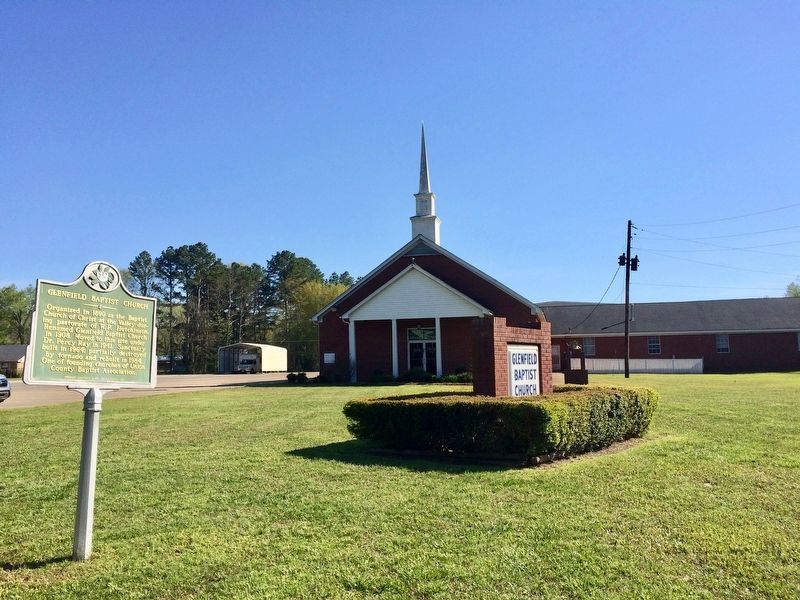 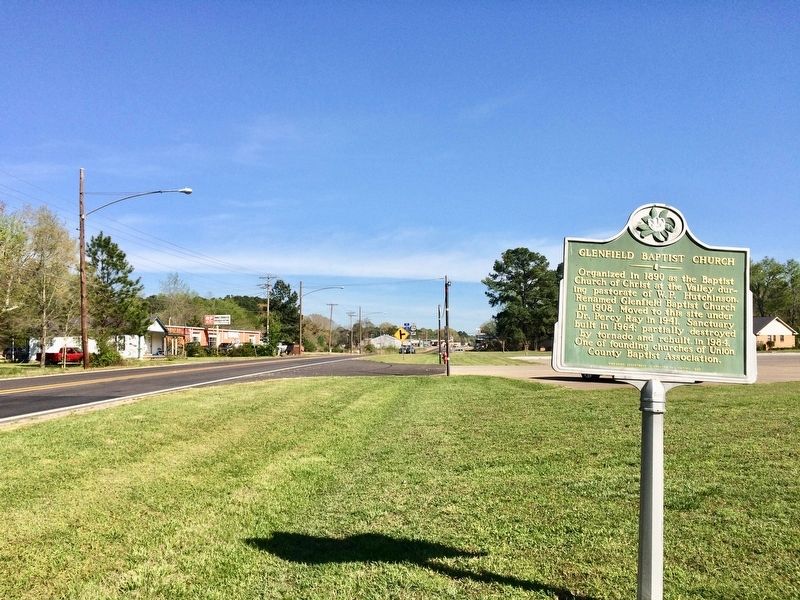