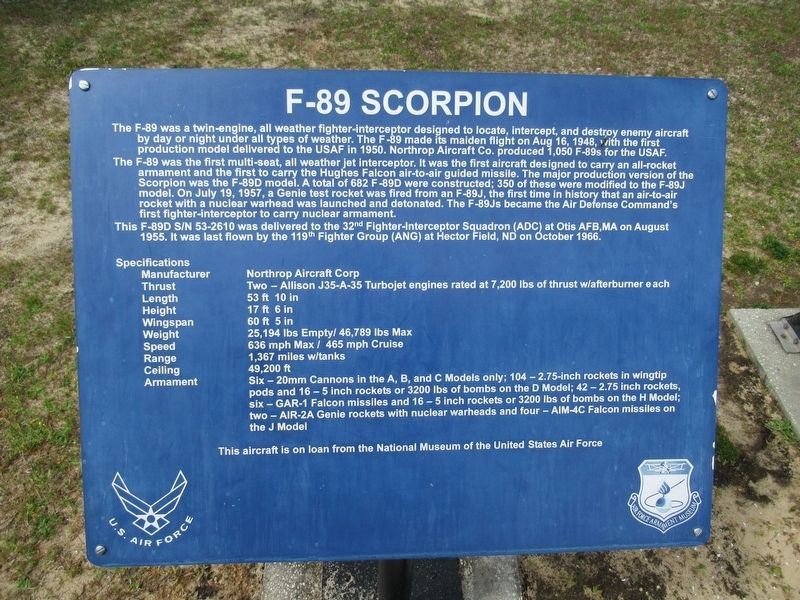 The F-89 was a twin-engine, all weather fighter-interceptor designed to locate, intercept, and destroy enemy aircraft by day or night under all types of weather. The F-89 made its maiden flight on Aug 16, 1948, with the first production model delivered to the USAF in 1950. Northrop Aircraft Co. produced 1,050 F-89s for the USAF.

The F-89 was the first multi-seat, all weather jet interceptor. It was the first aircraft designed to carry an all-rocket armament and the first to carry the Hughes Falcon air-to-air guided missile. The major production version of the Scorpion was the F-89D model. A total of 682 F-89D were constructed; 350 of these were modified to the F-89J model. On July 19, 1957, a Genie test rocket was fired from an F-89J, the first time in history that an air-to-air rocket with a nuclear warhead was launched and detonated. The F-89Js became the Air Defense Command's first fighter-interceptor to carry nuclear armament. 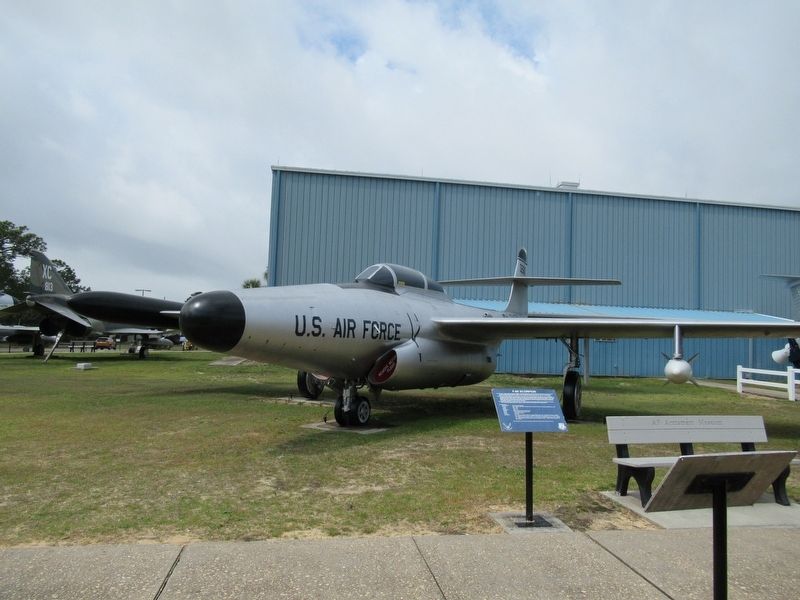 Location. 30° 27.966′ N, 86° 33.628′ W. Marker is in Eglin AFB, Florida, in Okaloosa County. Memorial can be reached from the intersection of Pinchot Road (Road 189) and Museum Drive, on the right when traveling south. Located at the Air Force Armament Museum. Touch for map. Marker is at or near this postal address: 100 Museum Drive, Eglin AFB FL 32542, United States of America. Touch for directions.

Other nearby markers. At least 8 other markers are within walking distance of this marker. F-84 Thunderstreak (here, next to this 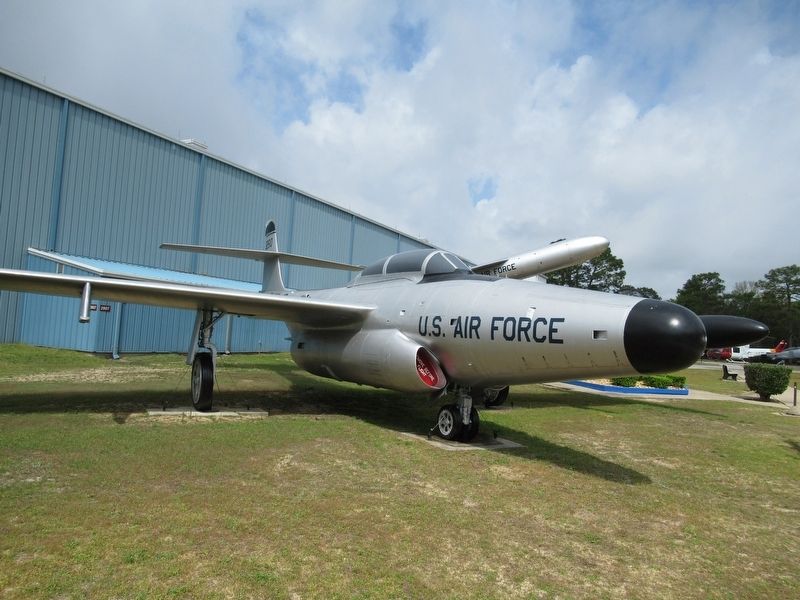