Woodmen Of The World 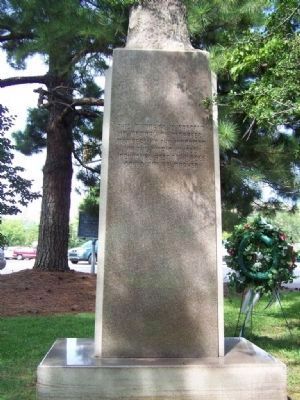 Erected 1951 by Woodmen of the World.

Other nearby markers. At least 10 other markers are within walking distance of this marker. The S.C. Railroad (here, next to this marker); South Carolina Canal & Rail Road Company (a few steps from this marker); Aiken (about 300 feet away, measured in a direct line); 1953 Gas Explosion (about 600 feet away); St. Thaddeus Church 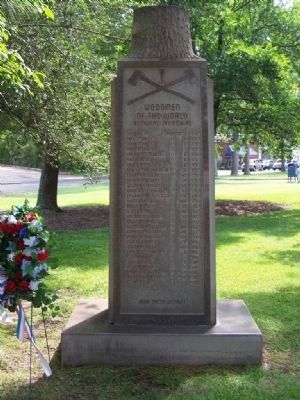 Regarding Woodmen Of The World. In cemeteries you will sometimes see gravestones with “Here Lies a Woodman of the World” engraved on them. Usually these will be accompanied by a symbol like the example below. Logs, along with axes and other woodworking tools, are common motifs. Sometimes the grave markers themselves will be in the shape of logs or tree stumps. These are called “treestones.” The symbol below includes the Latin Woodmen phrase “Dum Tacet Clamat,” which means “Though Silent He Speaks.” 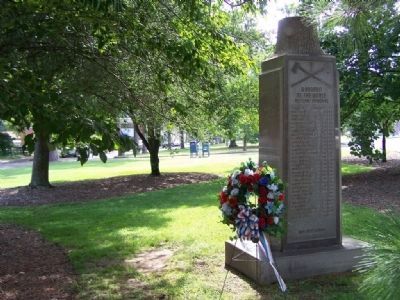 Photographed By Mike Stroud, 2008
3. Woodmen of the World Memorial