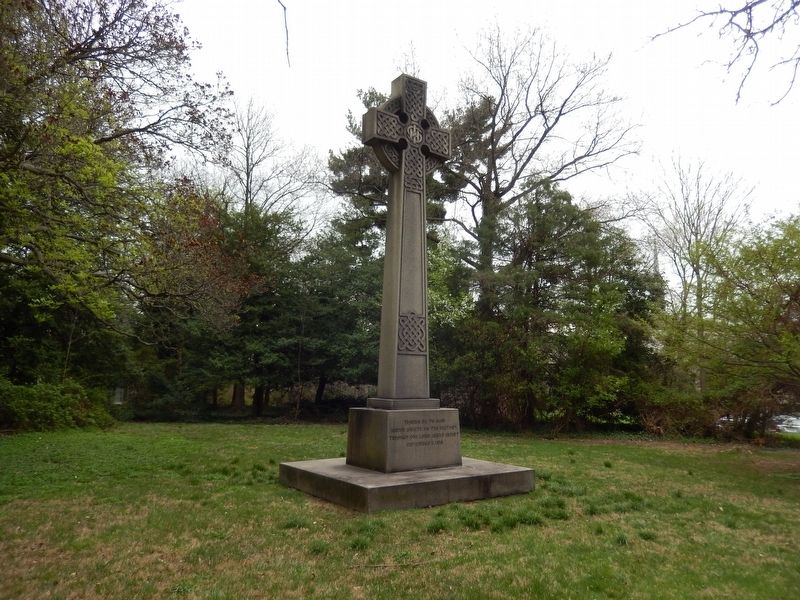 Thanks be to God which giveth us the victory through our Lord Jesus Christ-November 11, 1918.

Location. 39° 19.996′ N, 76° 37.046′ W. Marker is in Baltimore, Maryland. Memorial is at the intersection of North Charles Street and University Parkway on North Charles Street. The marker is on the grounds of The Episcopal Diocesan Center and Cathedral of the Incarnation near the parking lot. Touch for map. Marker is in this post office area: Baltimore MD 21218, United States of America. Touch for directions. 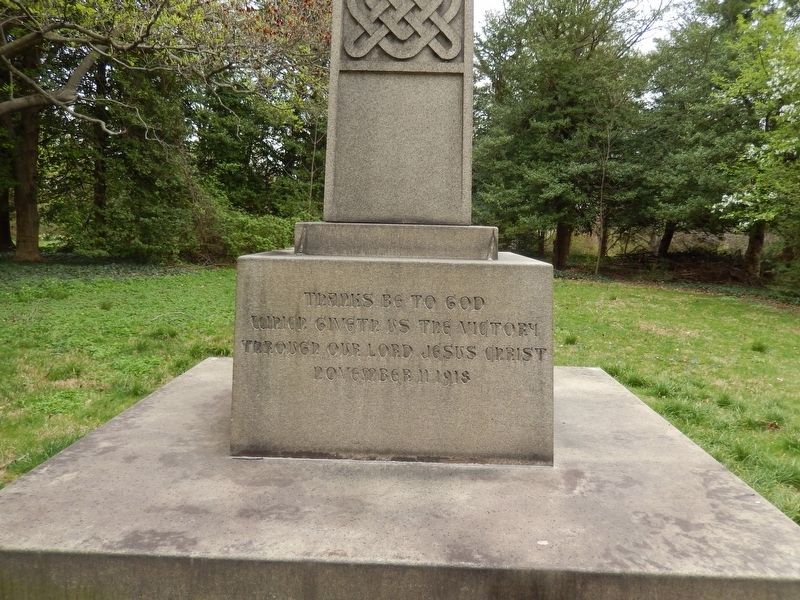 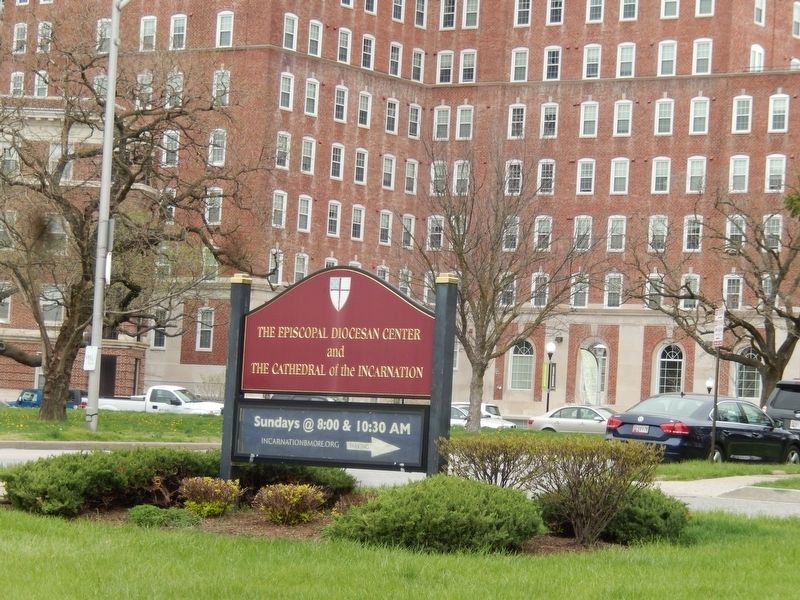 By Don Morfe, April 12, 2017
3. Sign at the entrance to the grounds
More. Search the internet for World War I Peace Cross Memorial.