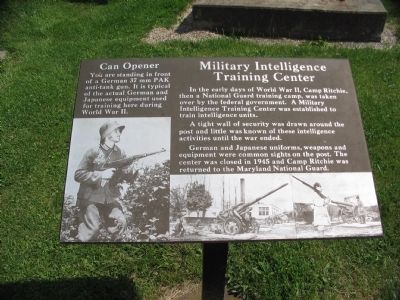 In the early days of World War II, Camp Ritchie, then a National Guard training camp, was taken over by the federal government. A Military Intelligence Training Center was established to train intelligence units.

A tight wall of security was drawn around the post and little was known of these intelligence activities until the war ended.

German and Japanese uniforms, weapons and equipment were common sights on the post. The center was closed in 1945 and Camp Ritchie was returned to the Maryland National Guard.

Can Opener
You are standing in front of a German 37 mm PAK anti-tank gun. It is typical of the German and Japanese equipment used for training here during World War II.

Location. 39° 42.369′ N, 77° 29.644′ W. Marker is in Fort Ritchie, Maryland, in Washington County. Marker is at the intersection of Boyd Street and Barrick Avenue, on the right when traveling south on Boyd Street. Located on the grounds of old Fort Ritchie. Touch for map. Marker is in this post office area: Cascade MD 21719, United States of America. Touch for directions. 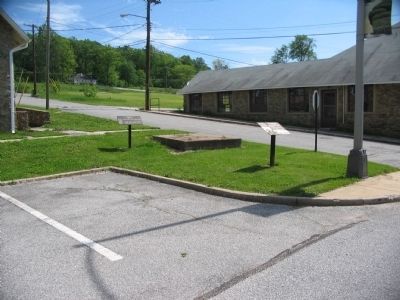 More about this marker. On the marker are photos of captured equipment used at Fort Richie. 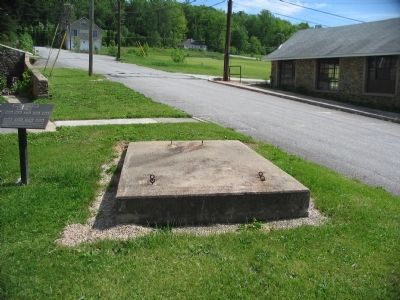 By Craig Swain, May 15, 2010
3. Concrete Pad for Anti-Tank Gun
The gun is no longer on display, but the pad where it stood is next to the marker. 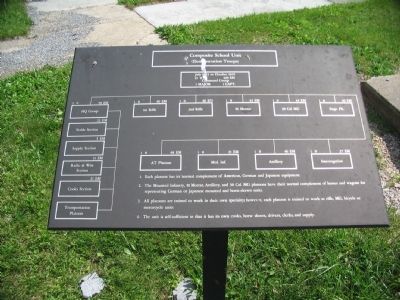 By Craig Swain, May 15, 2010
4. School Training Detachment Organization
This marker displays the organization chart for the composite school unit hosting the demonstration troops. These troops used captured equipment to depict German or Japanese troops for training purposes. As noted in the chart these included not only standard infantry troops but also specialties such as anti-tank, artillery and engineering troops.
Credits. This page was last revised on April 26, 2017. It was originally submitted on May 23, 2010, by Craig Swain of Leesburg, Virginia. This page has been viewed 868 times since then and 19 times this year. Last updated on April 25, 2017, by Allen C. Browne of Silver Spring, Maryland. Photos:   1, 2, 3, 4. submitted on May 23, 2010, by Craig Swain of Leesburg, Virginia. • Bill Pfingsten was the editor who published this page.
Share This Page.