The President’s Home of Marietta College 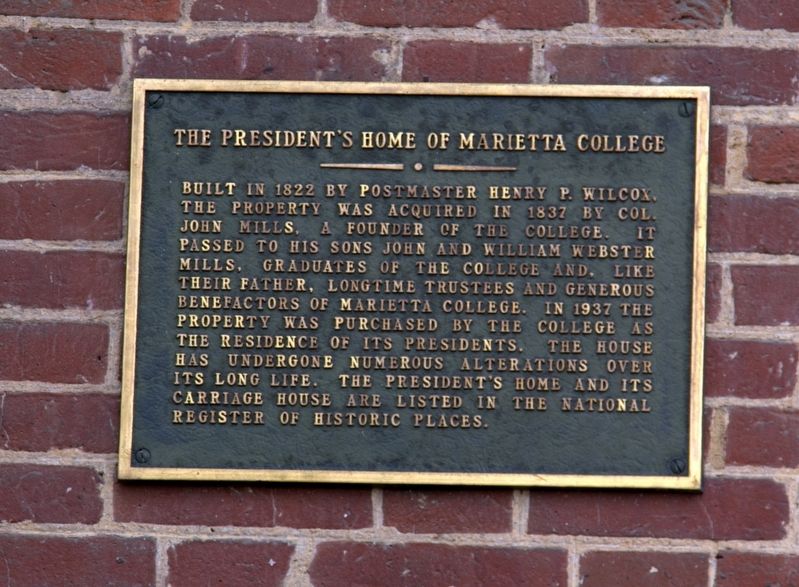 Built in 1822 by Postmaster Henry P. Wilcox, the property was acquired in 1837 by Colonel John Mills, a founder of the college. It passed to his sons John and William Webster Mills, graduates of the college and, like their father, longtime trustees and generous benefactors of Marietta College. In 1937 the property was purchased by the college as the residence of its presidents. The house has undergone numerous alterations over its long life. The President’s Home and its carriage house are listed in the National Register of Historic Places.

Topics. This historical marker is listed in these topic lists: Education • Notable Buildings. A significant historical year for this entry is 1822.

Location. 39° 25.07′ N, 81° 27.073′ W. Marker is in Marietta, Ohio, in Washington County. Marker is at the intersection of Putnam Street and 5th Street, on the left when traveling east on Putnam Street. The plaque is to the left of the front door of the house. Touch for map. Marker is in this post office area: Marietta OH 45750, United States of America. Touch for directions. 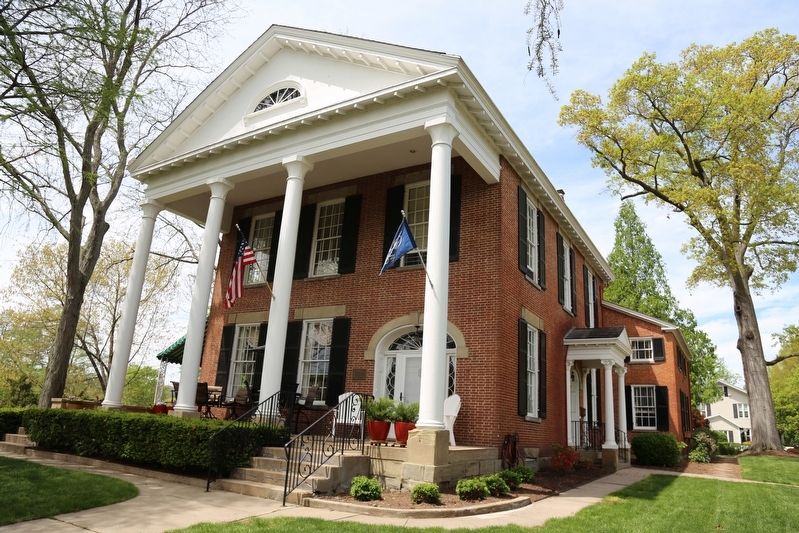 By J. J. Prats, April 23, 2017
2. Marietta College President’s Home and Marker
The marker is on the wall to the left of the front door.

Click or scan to see
this page online
distance of this marker); Betsey Mills Club (within shouting distance of this marker); First Baptist Church (about 400 feet away, measured in a direct line); Mound Square (about 600 feet away); House of Seven Porches (about 700 feet away); City Hall (approx. 0.2 miles away); Unitarian Church (approx. 0.2 miles away). Touch for a list and map of all markers in Marietta.

Also see . . .  The President’s House: A brief history of the Wilcox-Mills House. “Prior to the College acquiring the Wilcox-Mills House, one of the major additions to the property included the street wall and curved iron railing along the Putnam Street entrance. Both were designed by Rufus Erastus Harte, who was architect of Erwin Hall. The President’s House was added to the National Register of Historic Places on April 13, 1973, which lists Count de Grasse Bonney as the designer of the original 1822 structure.” (Submitted on May 16, 2017.) 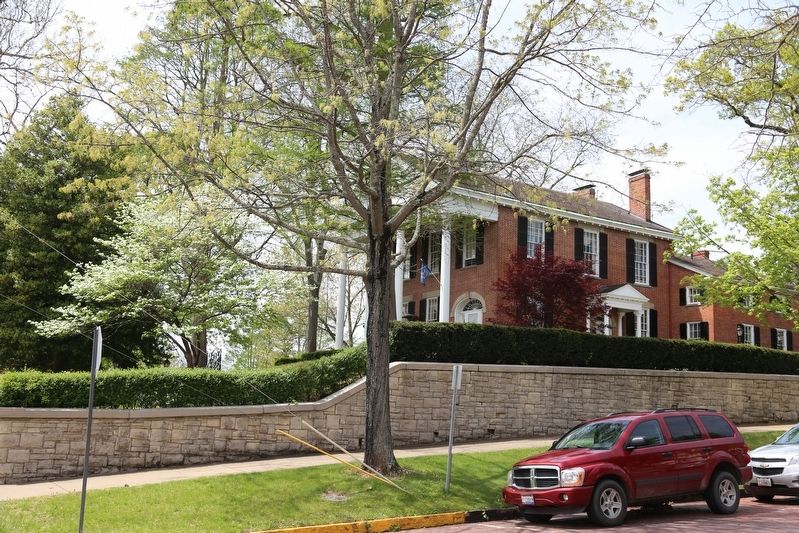