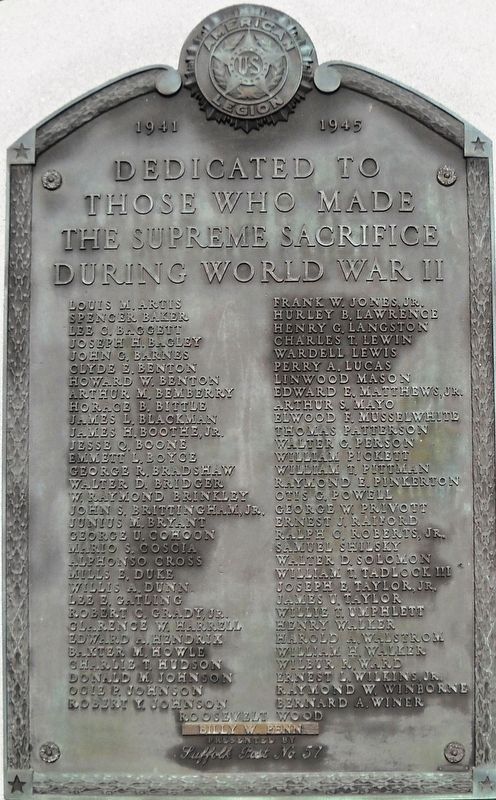 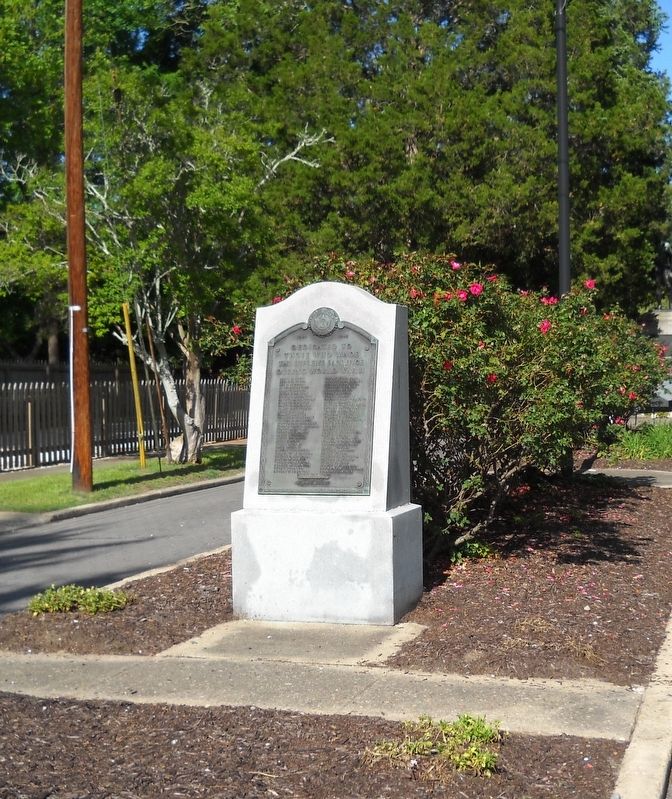 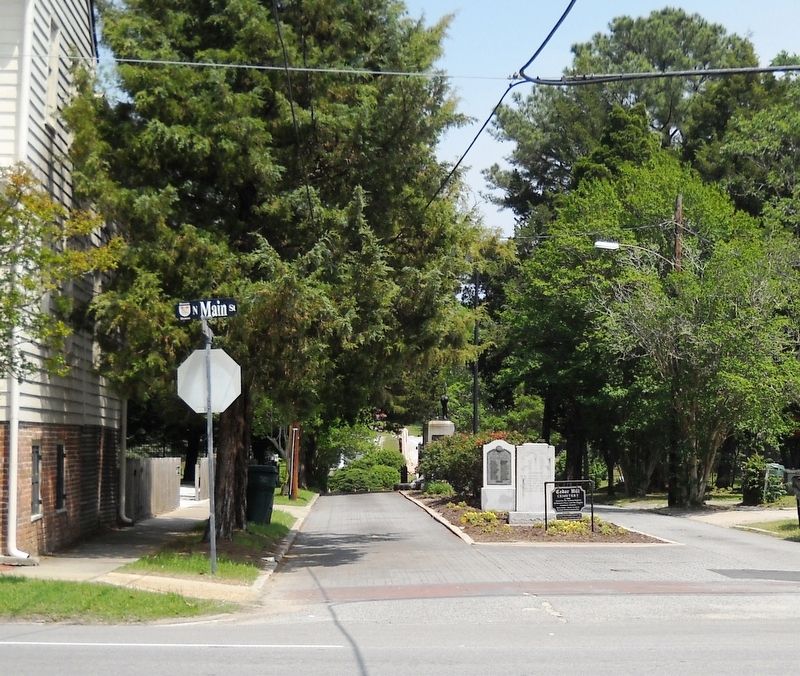 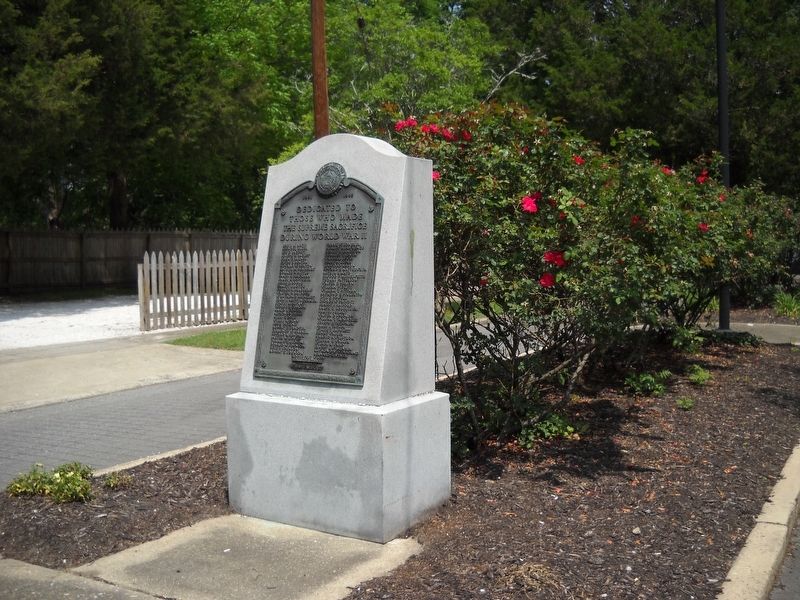 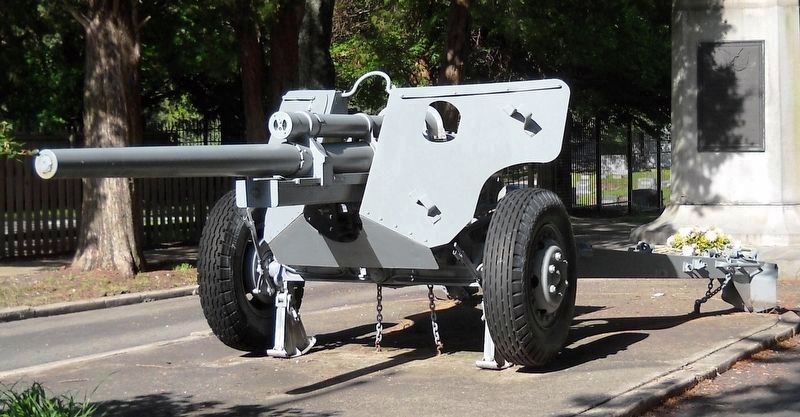 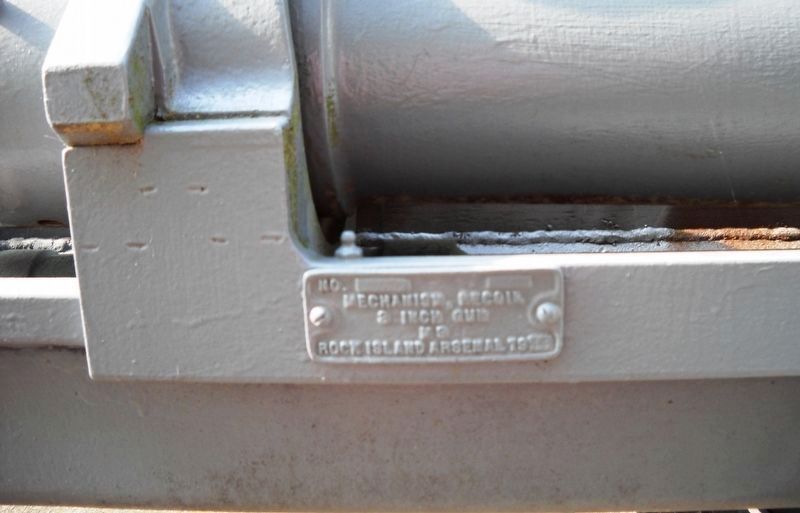 By Cynthia L. Clark, April 26, 2017
6. A detail view of the cannon’s manufacturer plate.Marker
This plate on the cannon’s left side shows that the model number is worn off and the other imprinted description is: Mechanism, Recoil 3 inch gun, MP 9, Rock Island Arsenal 1944.
More. Search the internet for World War II Memorial.