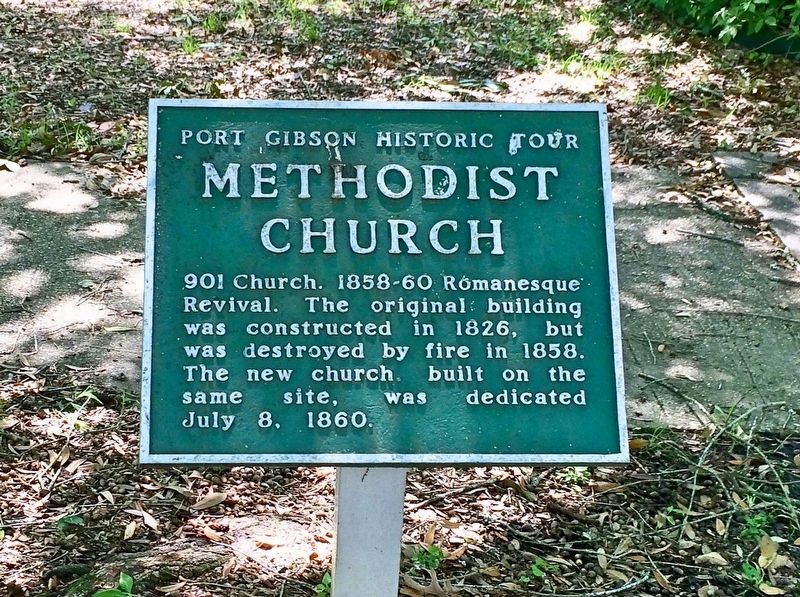 By Mark Hilton, May 26, 2017
1. Methodist Church Marker
Inscription.
Methodist Church. . 901 Church. 1858-60 Romanesque Revival. The original building was constructed in 1826, but was destroyed by fire in 1858. The new church built on the same site, was dedicated July 8, 1860. . This historical marker is in Port Gibson in Claiborne County Mississippi 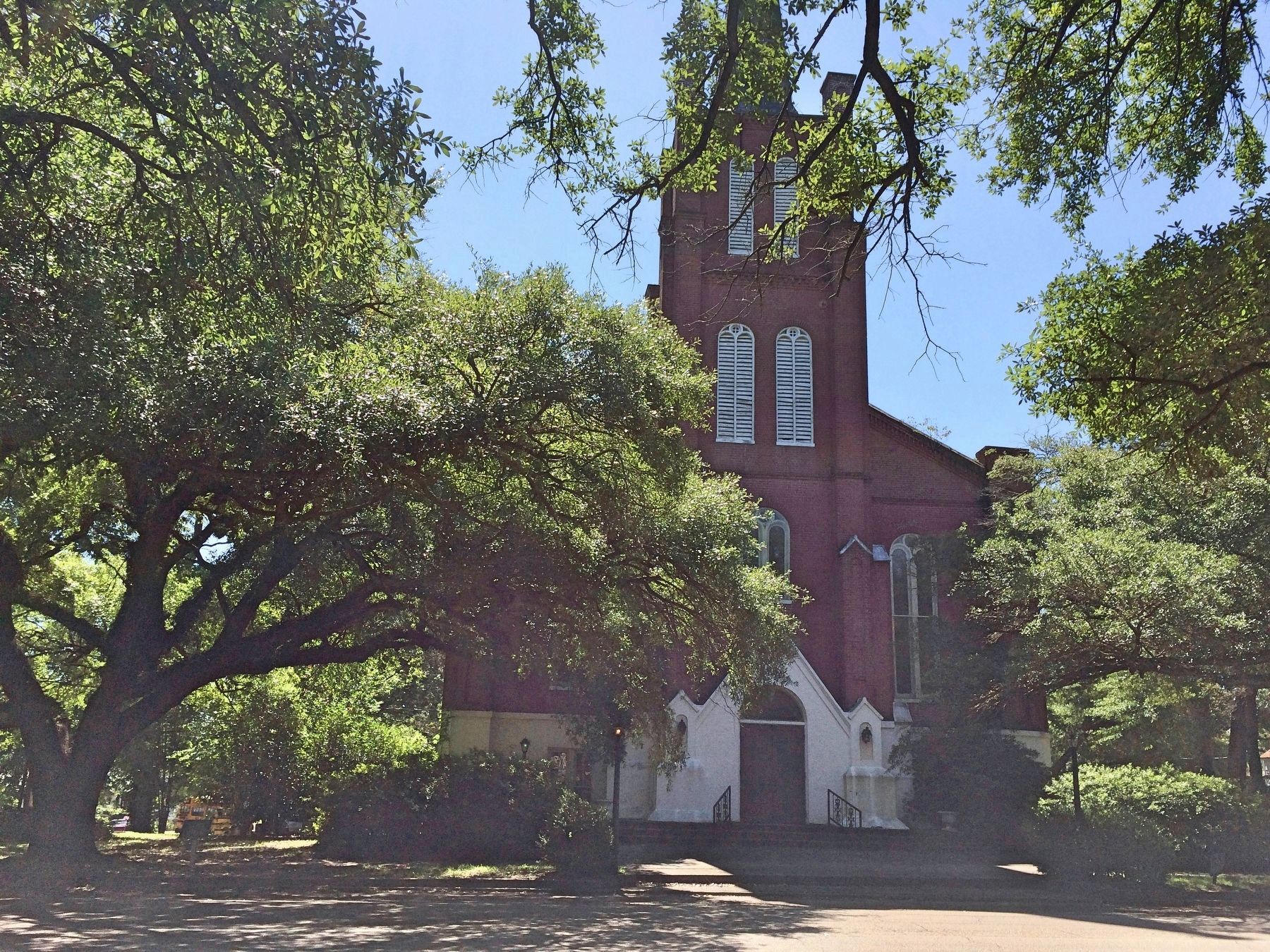