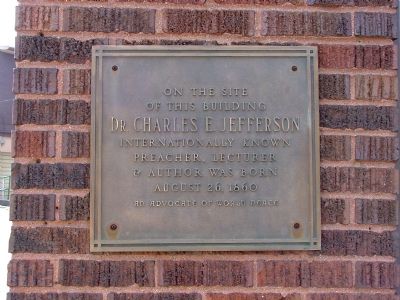 On the site of this building Dr. Charles E. Jefferson, internationally known preacher, lecturer & author was born August 26, 1860. An advocate of world peace.

Editor’s want-list for this marker. Photo of the building to which this tablet is affixed • More information about Dr. Jefferson • Can you help?
Share This Page.