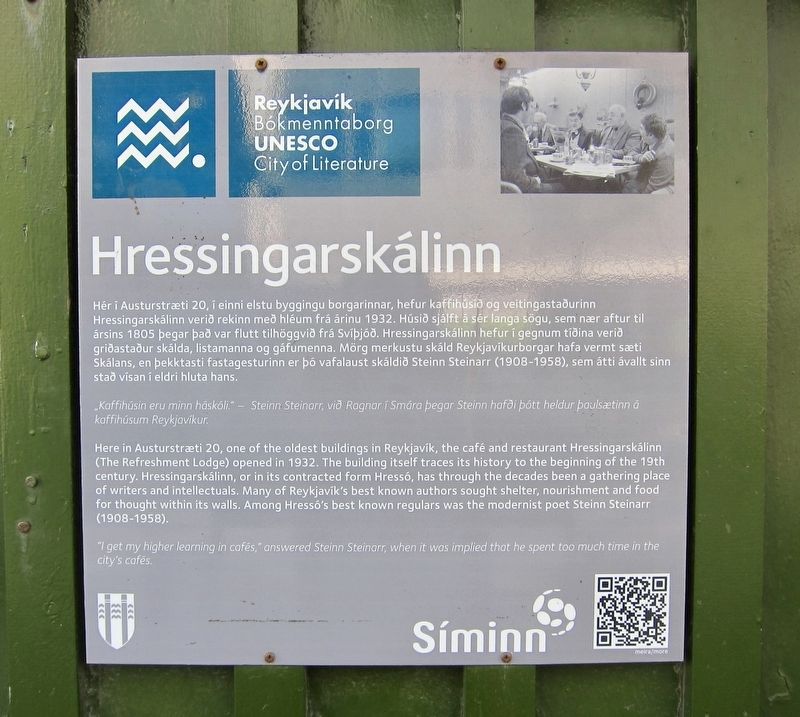 Photographed By Andrew Ruppenstein, June 8, 2017
1. Hressingarskálinn Marker
Inscription.
Here in Austurstræti 20, one of the oldest buildings in Reykjavik, the café and restaurant Hressingarskálinn (The Refreshment Lodge) opened in 1932. The building itself traces its history to the beginning of the 19th century. Hressingarskálinn, or in its contracted form Hressó, has through the decades been a gathering place of writers and intellectuals. Many of Reykjavik's best known authors sought shelter, nourishment and food for thought within its walls. Among Hressó's best known regulars was the modernist poet Steinn Steinarr (1908-1958)., "I get my higher learning in cafés," answered Steinn Steinarr, when it was implied that he spent too much time in the city's cafés. . This historical marker was erected by Síminn. It is in Reykjavik Höfuðborgarsvæðið Iceland