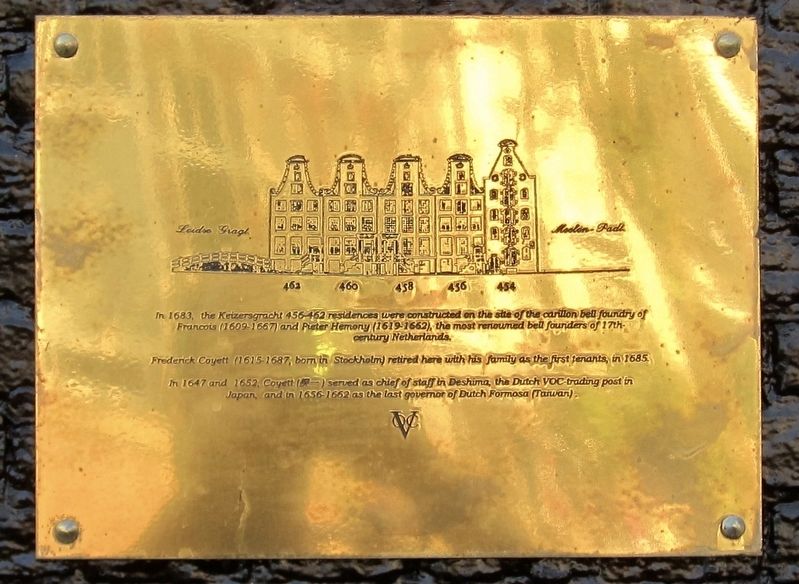 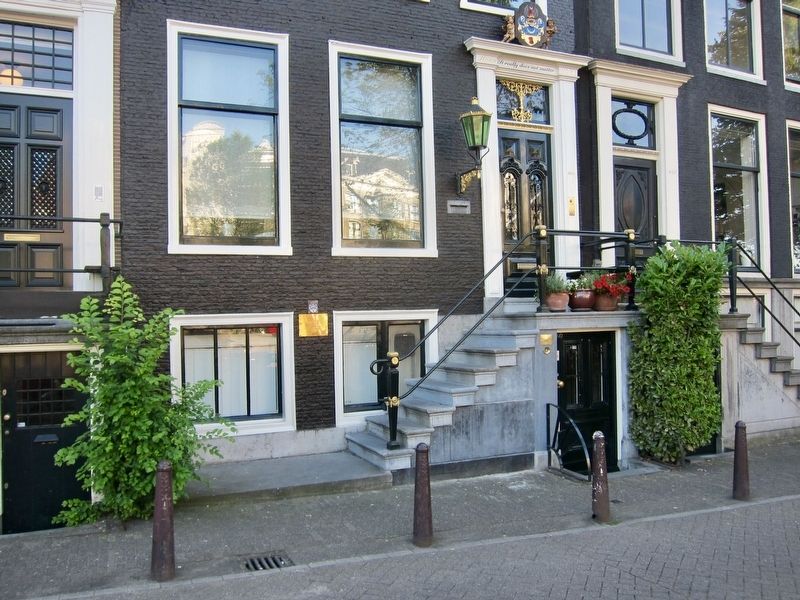 Regarding Keizersgracht 456-462 Residences. The "VOC" referenced on the marker is the Verenigde Oost-Indische Compagnie, known in English as the Dutch East India Company.

Also see . . .
1. Pieter and François Hemony (Wikipedia). François Hemony (c. 1609-1667) and his brother Pieter, Pierre, or Peter Hemony (1619-1680) were the greatest carillon bell founders in the history of the Low Countries. They developed the carillon, in collaboration with Jacob van Eyck, into a full-fledged musical instrument by casting the first tuned carillon in 1644....The brothers' skill was unequaled in their time; after their death, their guarded trade secrets were lost, and not until the 19th century were bells of comparable tuning quality cast. Even today, most 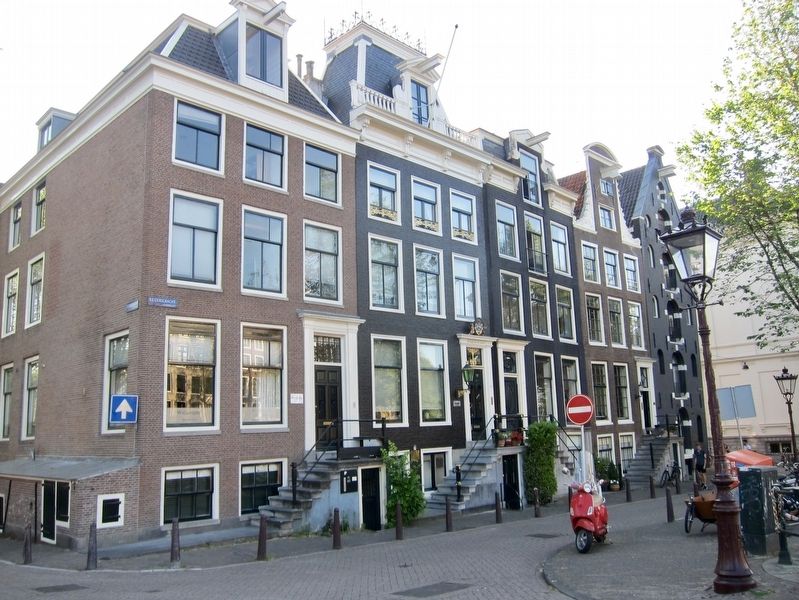 2. Frederick Coyett (Wikipedia). Frederick Coyett (Chinese: 揆一; pinyin: Kuíyī; Pe̍h-ōe-jī: Kûi-it), born in Stockholm c. 1615, buried in Amsterdam on 17 October 1687, was a Swedish nobleman and the last colonial governor for the Dutch colony of Formosa. He was the first Swede to travel to Japan and China and became the last governor of Dutch-occupied Taiwan (1656–1662). (Submitted on July 17, 2017.)