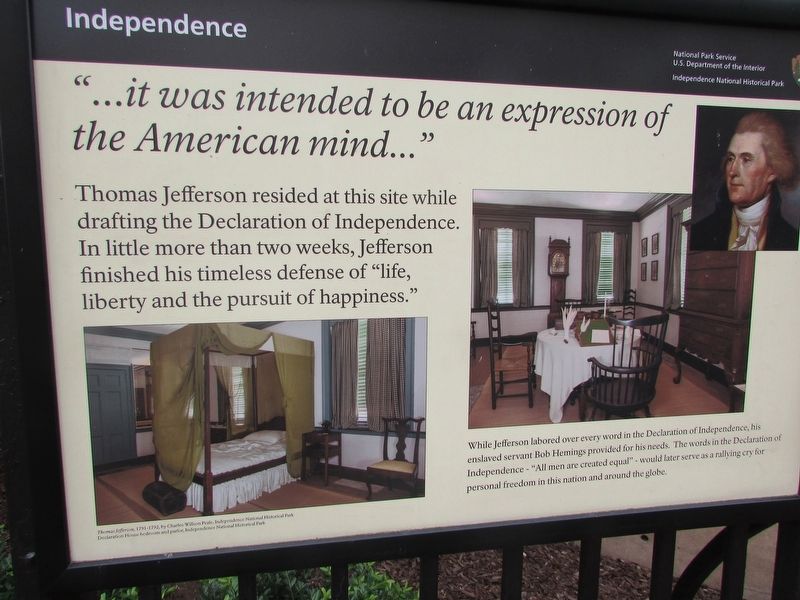 Thomas Jefferson resided at his site while drafting the Declaration of Independence. In little more than two weeks, Jefferson finished his timeless defense of “life, liberty and the pursuit of happiness.”

Topics and series. This historical marker is listed in these topic lists: Notable Buildings • War, US Revolutionary. In addition, it is included in the Former U.S. Presidents: #03 Thomas Jefferson series list. 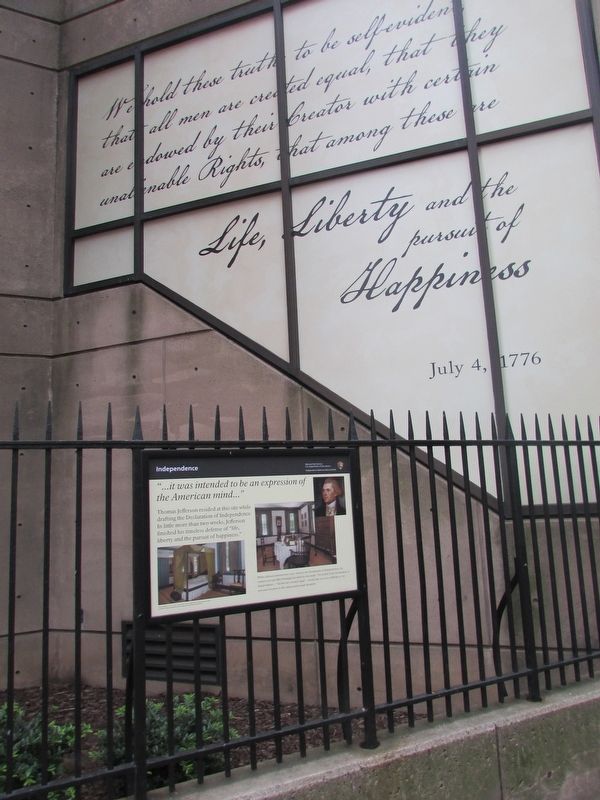 Click or scan to see
this page online
. Touch for map. Marker is in this post office area: Philadelphia PA 19106, United States of America. Touch for directions.

More about this marker. Pictures of the Declaration House bedroom and parlor appear on the marker. A portrait of Thomas Jefferson is at the upper right. 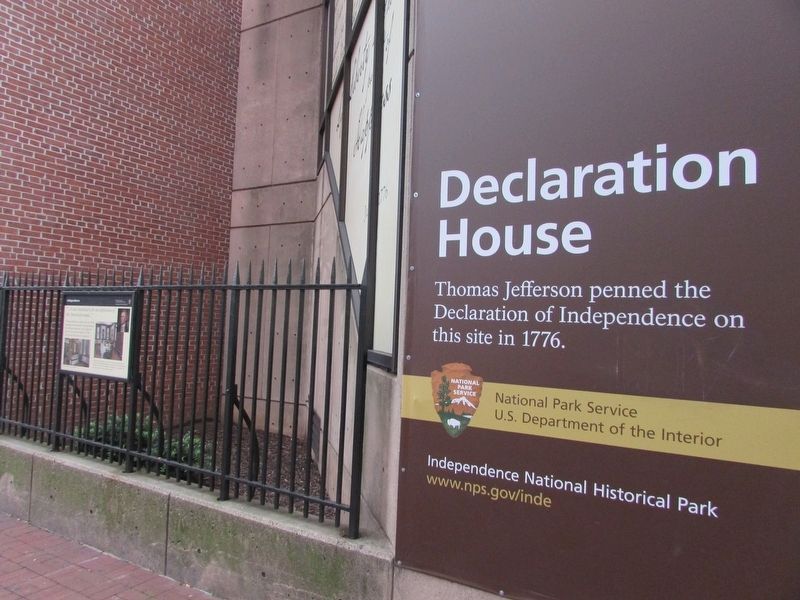 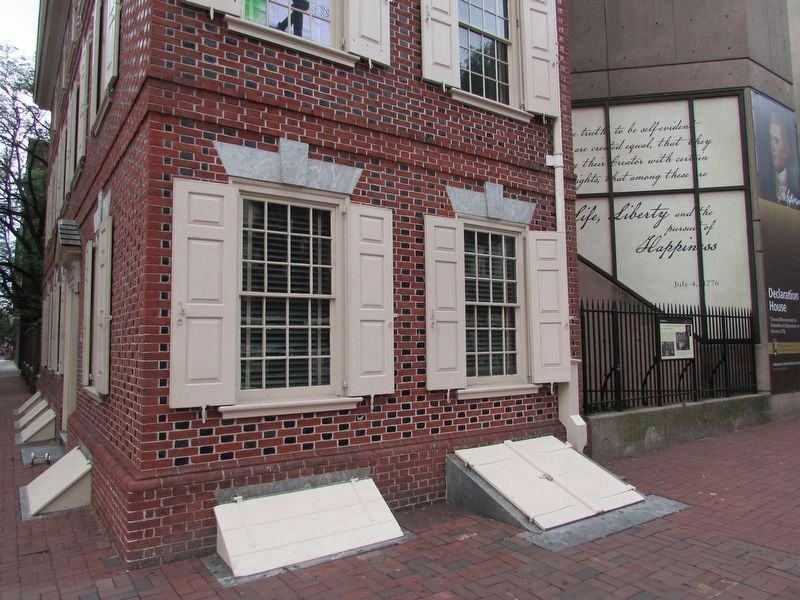 By Bill Coughlin, July 25, 2017
4. Marker in Philadelphia
The marker can be seen on the fence to the right of the Declaration House. 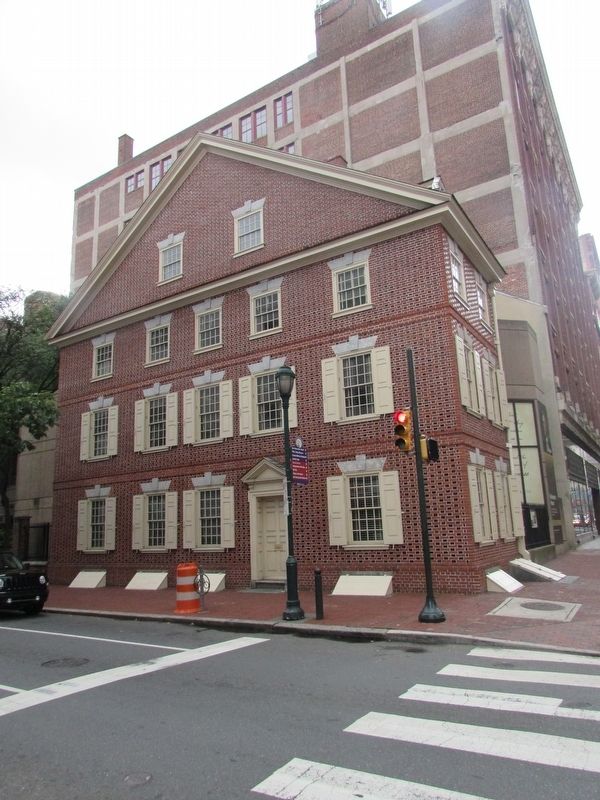