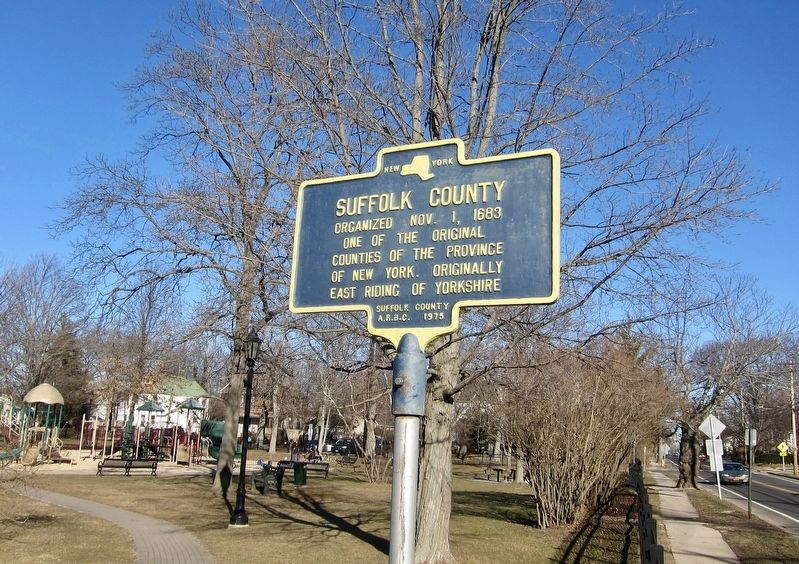 Photographed By Andrew Ruppenstein, February 20, 2017
1. Suffolk County Marker
Inscription.
Suffolk County. .
Organized Nov. 1, 1683 One of the original counties of the Province of New York. Originally East Riding of Yorkshire. . This historical marker was erected in 1975 by Suffolk County A.R.B.C.. It is in Amityville in Suffolk County New York

Organized Nov. 1, 1683
One of the original
counties of the Province
of New York. Originally
East Riding of Yorkshire

Topics. This historical marker is listed in this topic list: Political Subdivisions. A significant historical date for this entry is October 1, 1683.

More about this marker. The marker is located on Oak Street, on the southern edge of Peterkin Park. 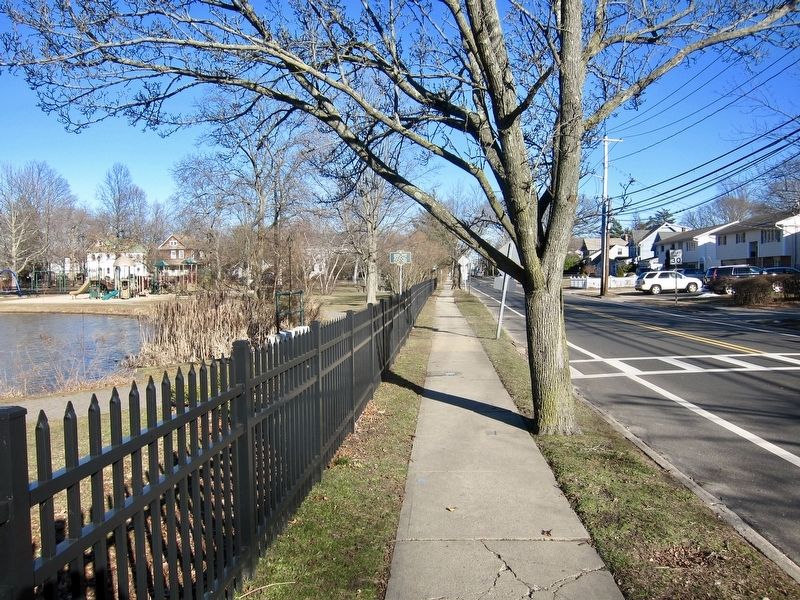 Click or scan to see
this page online
was created in October 1683. New York was the last of the English colonies to have an assembly. The assembly passed the Province of New York constitution on October 30, the first of its kind in the colonies. This constitution gave New Yorkers more rights than any other group of colonists including the protection from taxation without representation. On November 1, 1683, the government was reorganized, and the state was divided into twelve counties, each of which was subdivided into towns. Ten of those counties still exist (see above), but two (Cornwall and Dukes) were in territory purchased by the Duke of York from the Earl of Stirling, and are no longer within the territory of the State of New York, having been transferred by treaty to Massachusetts. While the number of counties has been increased to 62, the pattern still remains that a town in New York State is a subdivision of a county, similar to New England." (Submitted on August 8, 2017.)
Credits. This page was last revised on August 8, 2017. It was originally submitted on August 8, 2017, by Andrew Ruppenstein of Sacramento, California. This page has been viewed 267 times since then and 31 times this year. Photos:   1, 2. submitted on August 8, 2017, by Andrew Ruppenstein of Sacramento, California.
Share this page.