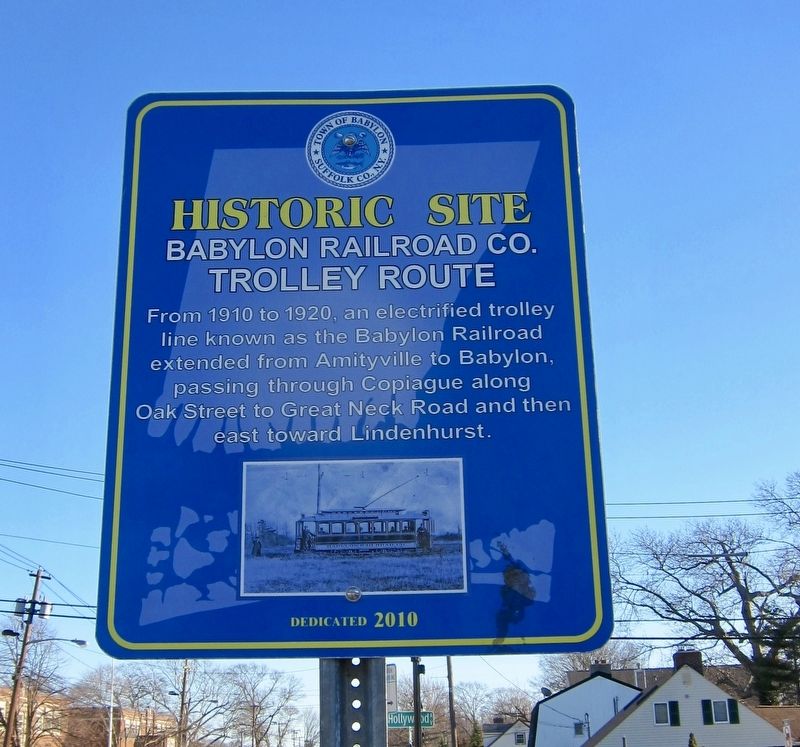 From 1910 to 1920, an electrified trolley line known as the Babylon Railroad extended from Amityville to Babylon, passing through Copiague along Oak Street to Great Neck Road and then east toward Lindenhurst. 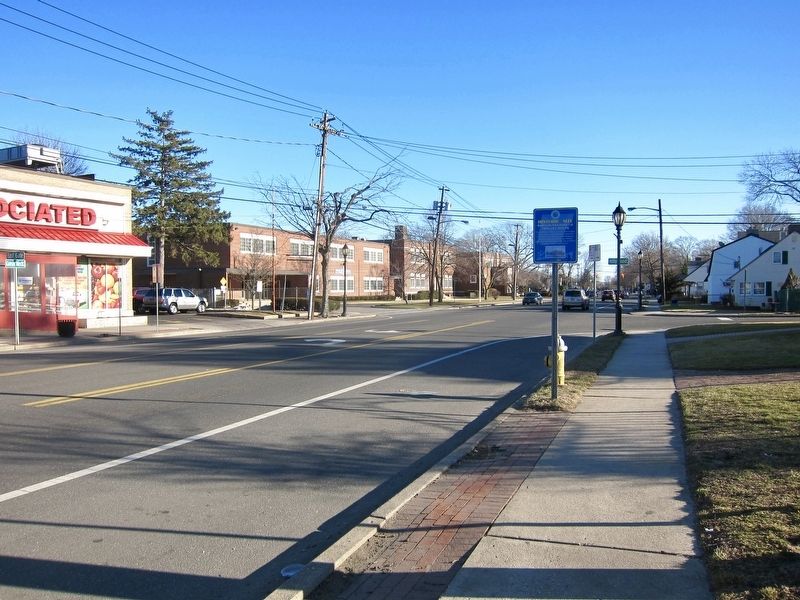 Click or scan to see
this page online
(approx. 0.6 miles away); Suffolk County (approx. ¾ mile away); Drive-In Theatre (approx. 0.8 miles away). Touch for a list and map of all markers in Copiague. 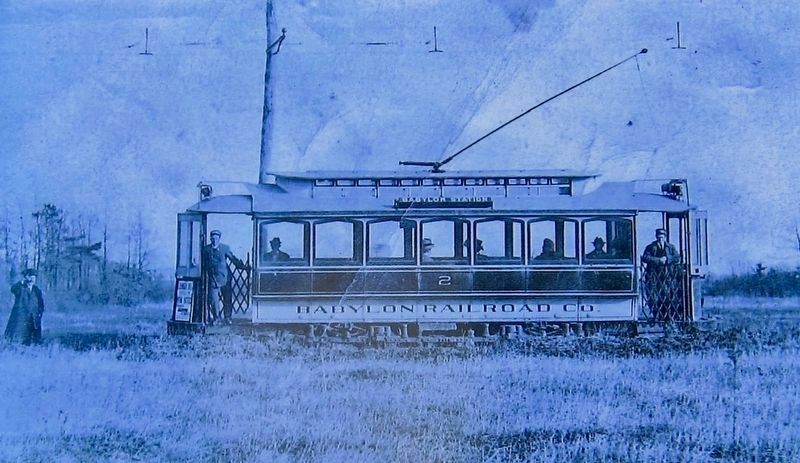 Photographed By Andrew Ruppenstein, February 20, 2017
3. Babylon Railroad Co. Trolley Route Marker - Closeup of Inset Photo
The Babylon Rail Road was a horsecar line in Babylon Village, New York, later converted to a trolley line. It was opened in 1871 and ceased operations in 1920....The line's main purpose was to provide transportation between the Long Island Rail Road station at the north end of the village center, to ferries for Jones Beach and Fire Island destinations. In 1910 Babylon Railroad established a second line to Amityville Station.... By 1918, the original line of the Babylon railroad ceased to operate, and the Babylon-Amityville Line was terminated two years later. - Wikipedia
Credits. This page was last revised on August 8, 2017. It was originally submitted on August 8, 2017, by Andrew Ruppenstein of Sacramento, California. This page has been viewed 159 times since then and 13 times this year. Photos:   1, 2, 3. submitted on August 8, 2017, by Andrew Ruppenstein of Sacramento, California.
Share this page.