Memorial to Marylanders-Liberation of Kuwait 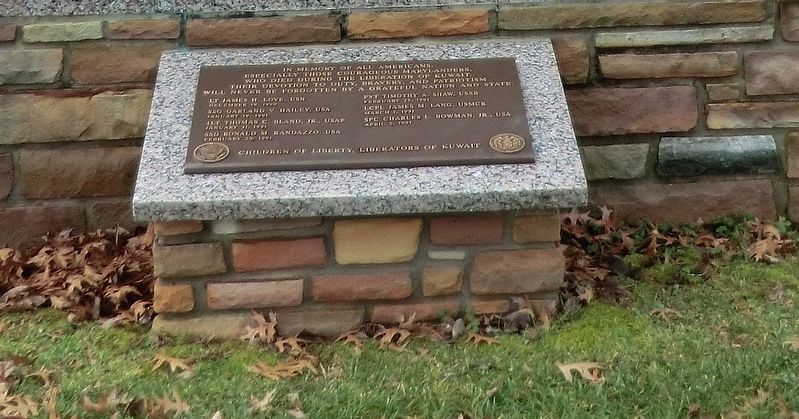 Children of Liberty, Liberators of Kuwait . This memorial is in Timonium in Baltimore County Maryland

In memory of all Americans especially those courageous Marylanders, who died during the liberation of Kuwait. Their devotion to duty, bravery, and patriotism will never be forgotten by a grateful nation and state.

Children of Liberty, Liberators of Kuwait

Location. 39° 27.376′ N, 76° 37.286′ W. Marker is in Timonium, Maryland, in Baltimore County. Memorial is on East Padonia Road. The marker is located in the Field of Honor Section of Dulaney Valley Memorial Gardens Cemetery. Touch for map. Marker is at or near this postal address: 200 East Padonia Road (Cemetery entrance), Lutherville Timonium MD 21093, United States of America. Touch for directions. 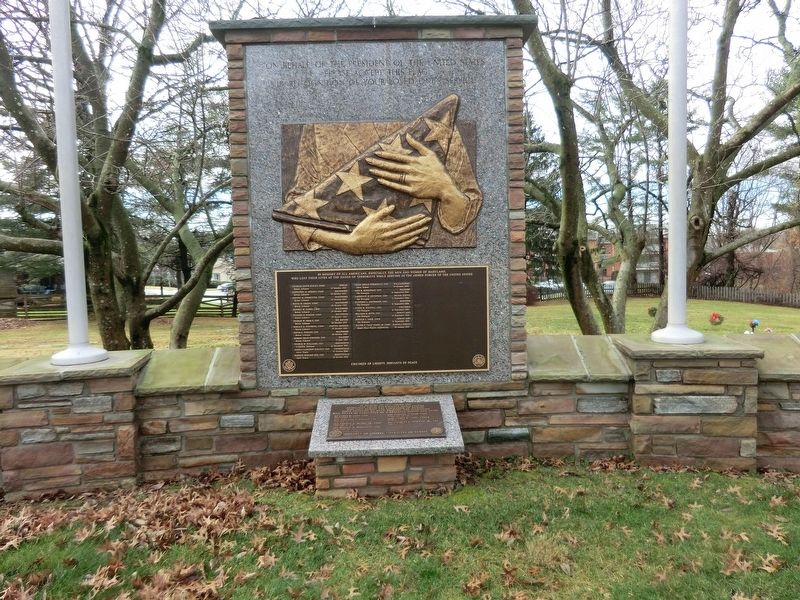