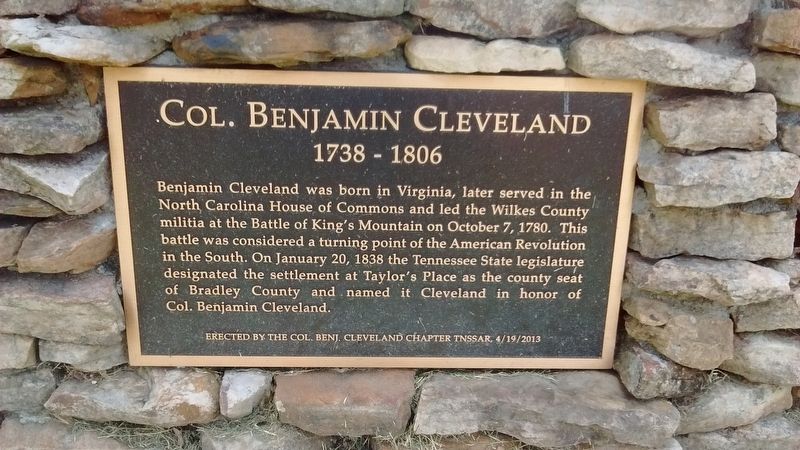 Benjamin Cleveland was born in Virginia, later served in the North Carolina House of Commons and led the Wilkes County militia at the Battle of Kings' Mountain on October 7, 1780. This battle was considered a turning point of the American Revolution in the South. On January 20, 1838 the Tennessee State legislature designated the settlement at Taylor's Place as the county seat of Bradley County and named it Cleveland in honor of Col. Benjamin Cleveland.

Location. 35° 9.508′ N, 84° 52.36′ W. Marker is in Cleveland, Tennessee, in Bradley County. Marker is on 1st Street Northeast, on the right when traveling east. Touch for map. Marker is in this post office area: Cleveland TN 37311, United States of America. Touch for directions.

Other nearby markers. At least 8 other markers are within walking distance of this marker. Cleveland During the Civil War (about 400 feet away, measured in a direct line); Cleveland Southern Railway Depot (about 600 feet away); Fillauer Brothers Building 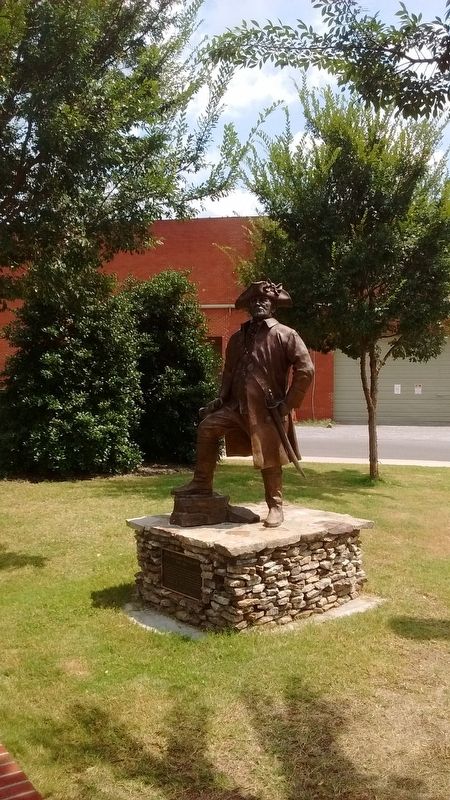 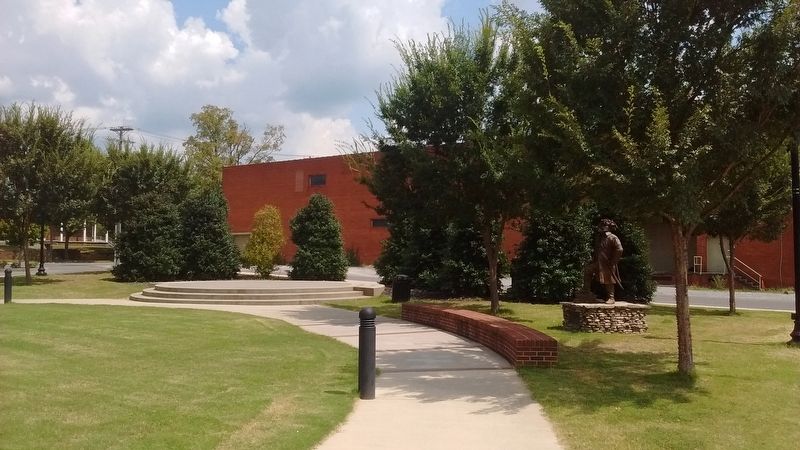 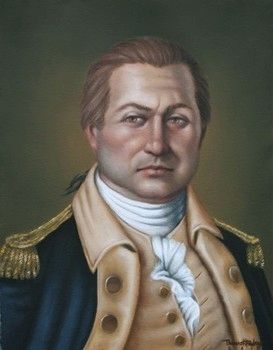