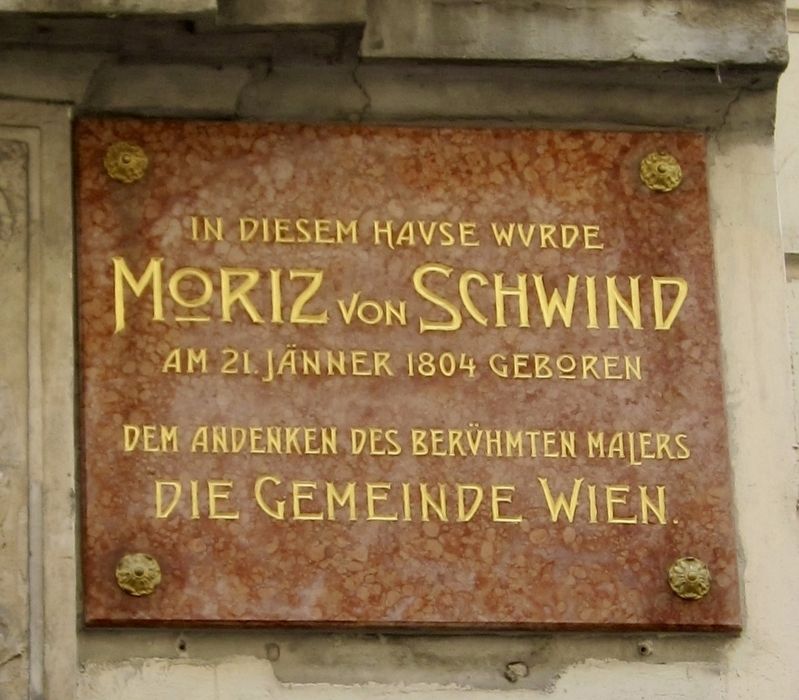 Photographed By Andrew Ruppenstein, June 15, 2017
1. Moritz von Schwind Marker
Inscription.
[English translation:] In this house Moritz von Schwind was born, on January 21st, 1804., In commemoration of the the famed painter - the Community of Vienna, . This historical marker was erected by die Gemeinde Wien. It is in Stephansdom in Vienna Austria