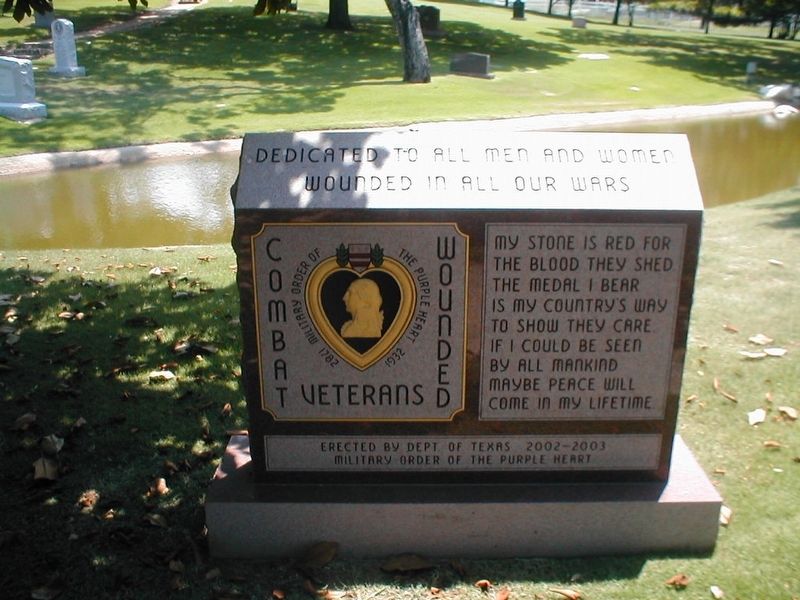 Dedicated to all men and women wounded in all our wars. Combat Veterans Wounded-1782 Military Order of the Purple Heart 1932. My stone is red for the blood they shed. The medal I bear is my country’s way to show they care. If I could be seen by all mankind maybe peace will come in my lifetime.

Location. 30° 15.973′ N, 97° 43.555′ W. Marker is in Austin, Texas, in Travis County. Memorial can be reached from Comal Street south of East 11th Street, on the left when traveling south. The marker is located in the Texas State Cemetery, Monument Hill Section 1. Touch for map. Marker is at or near this postal address: 909 Navasota Street (Cemetery entrance), Austin TX 78702, United States of America. Touch for directions.

Other nearby markers. At least 8 other markers are within walking distance of this marker. Gold Star Mothers of Texas Monument (here, next to this marker); U.S. Events of World War II (a 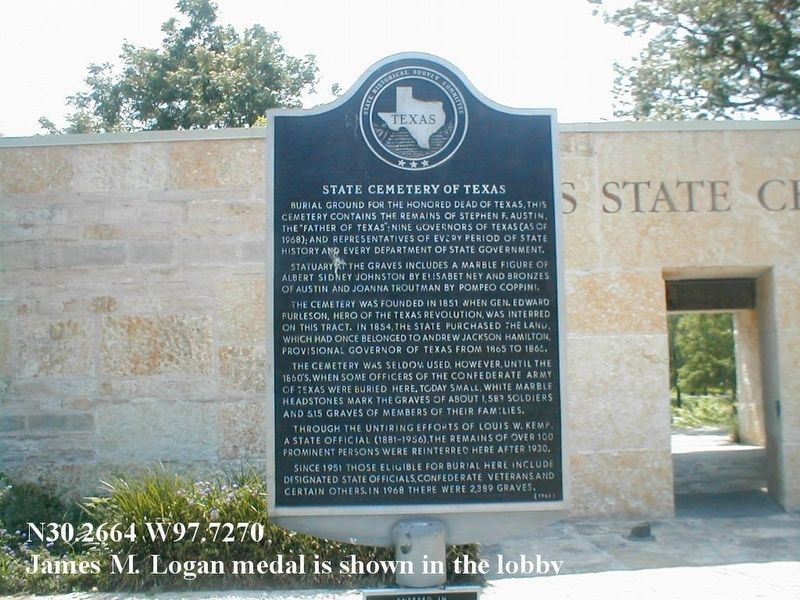 By Don Morfe, June 9, 2006
2. An additional nearby marker at the Texas State Cemetery entrance