From Pasture to Park 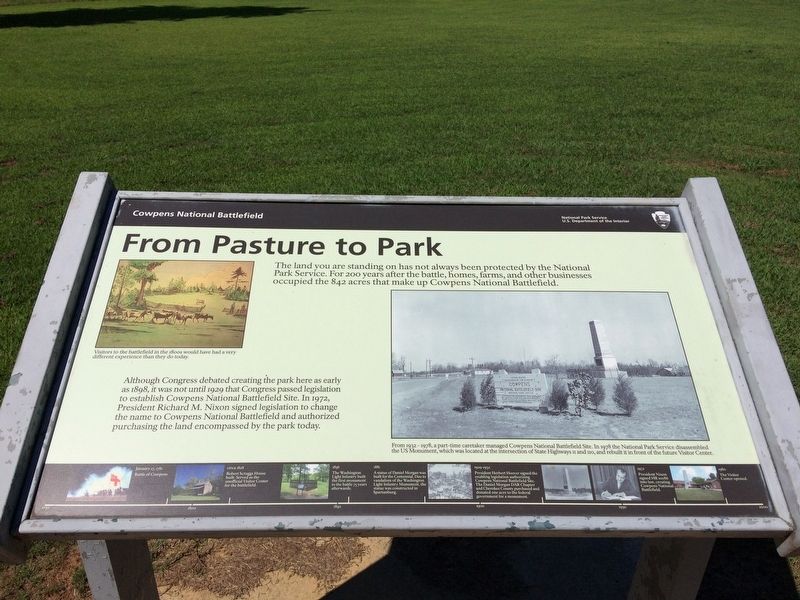 The land you are standing on has not always been protected by the National Park Service. For 200 years after the battle, homes, farms, and other businesses occupied the 842 acres that make up Cowpens National Battlefield.

(captions)
Visitors to the battlefield in the 1800s would have had a very different experience than they do today.

From 1932-1978, a part-time caretaker managed Cowpens National Battlefield Site. In 1978 the National Park Service disassembled the US Monument, which was located at the intersection of State Highways 11 and 110, and rebuilt it in front of the future Visitor Center. 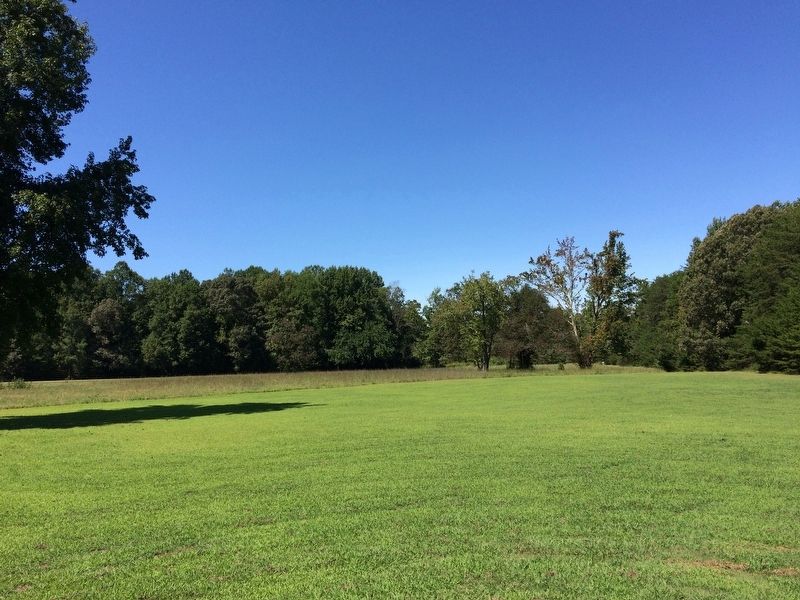 By Shane Oliver, September 2, 2017
2. View of the Open Ground Near the "From Pasture to Park" Marker

Click or scan to see
this page online
for the battlefield.

1856
The Washington Light Infantry built the first monument to the battle 75 years afterwards.

1881
A statue of Daniel Morgan was built for the Centennial. Due to vandalism of the Washington Light Infantry Monument, the statue was constructed in Spartanburg. 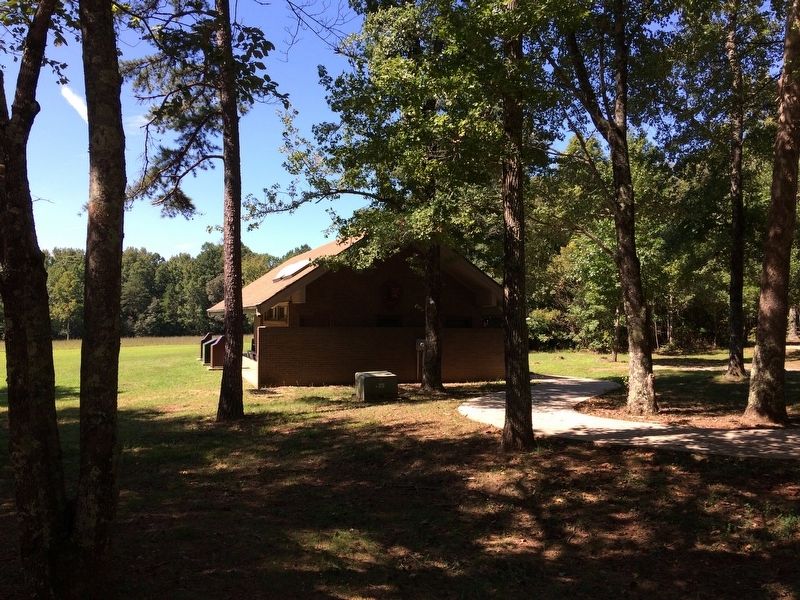 By Shane Oliver, September 2, 2017
3. View of the Picnic Shelter Near the "From Pasture to Park" Marker
traveling east. Marker is located near the Picnic Area. Touch for map. Marker is at or near this postal address: 4001 Chesnee Hwy, Gaffney SC 29341, United States of America. Touch for directions. 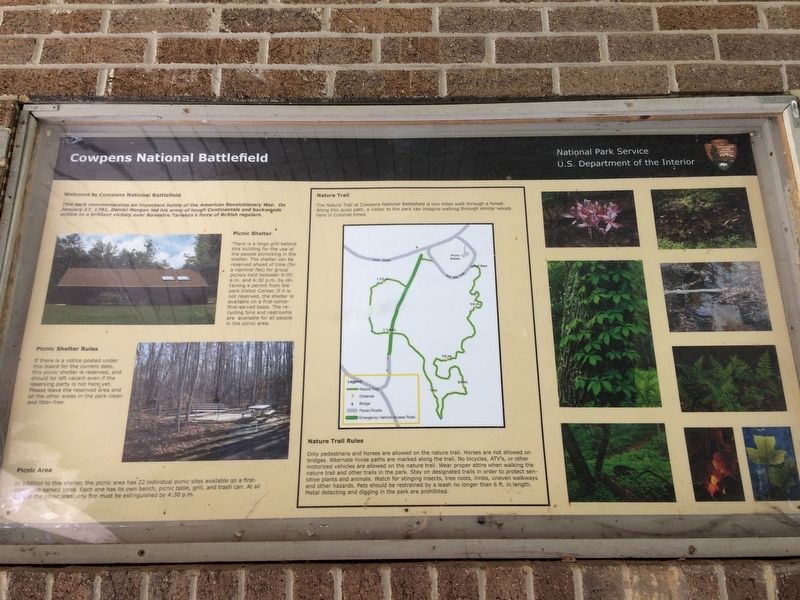 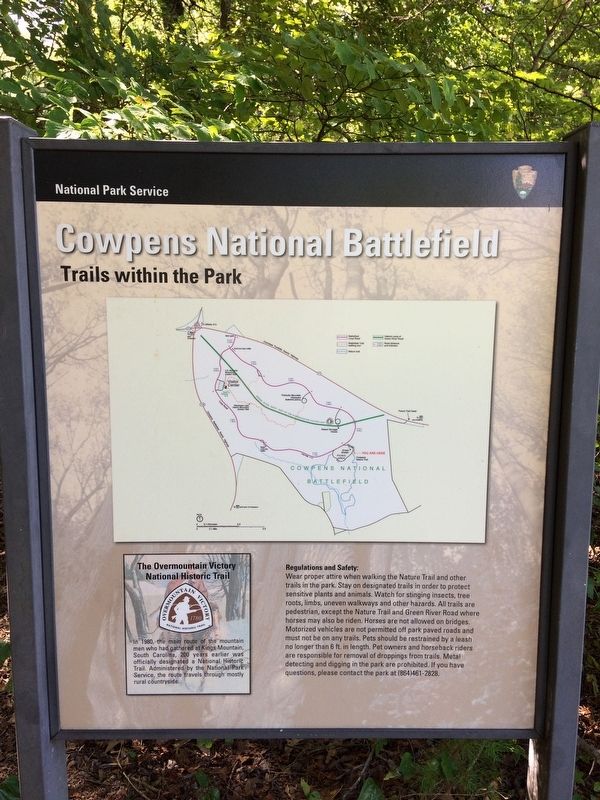