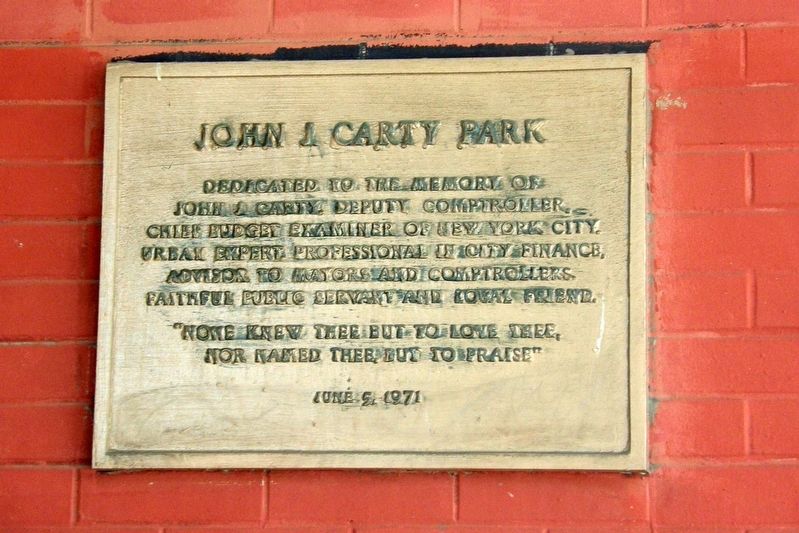 “None knew thee but to love thee, nor named thee, but to praise”

Topics. This historical marker is listed in these topic lists: Entertainment • Government & Politics. 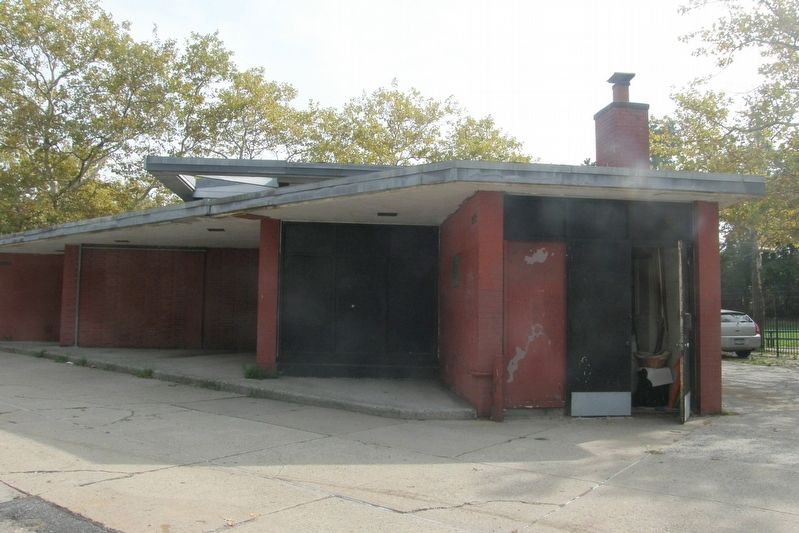 By Larry Gertner, September 26, 2017
2. John J. Carty Park Marker
Marker is just visible on the brick wall to the left of the door.