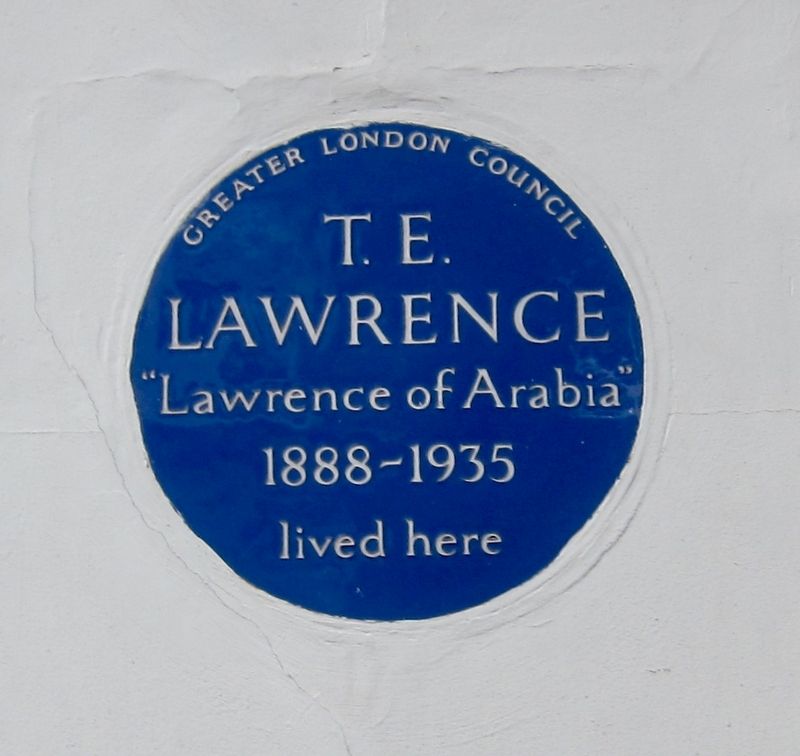 Topics. This historical marker is listed in these topic lists: Arts, Letters, Music • War, World I. A significant historical year for this entry is 1888. 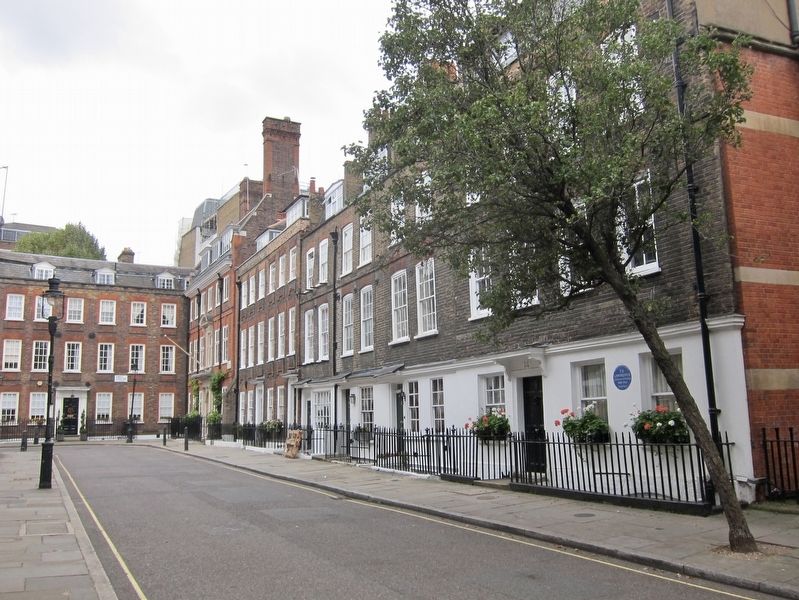 Click or scan to see
this page online
T.E. Lawrence. "Thomas Edward Lawrence, CB, DSO (16 August 1888 – 19 May 1935) was a British archaeologist, military officer, diplomat, and writer. He was renowned for his liaison role during the Sinai and Palestine Campaign and the Arab Revolt against the Ottoman Empire during the First World War. The breadth and variety of his activities and associations, and his ability to describe them vividly in writing, earned him international fame as Lawrence of Arabia—a title used for the 1962 film based on his wartime activities." (Submitted on October 20, 2017.)
Credits. This page was last revised on October 20, 2017. It was originally submitted on October 20, 2017, by Andrew Ruppenstein of Sacramento, California. This page has been viewed 132 times since then. Photos:   1, 2. submitted on October 20, 2017, by Andrew Ruppenstein of Sacramento, California.
Share this page.