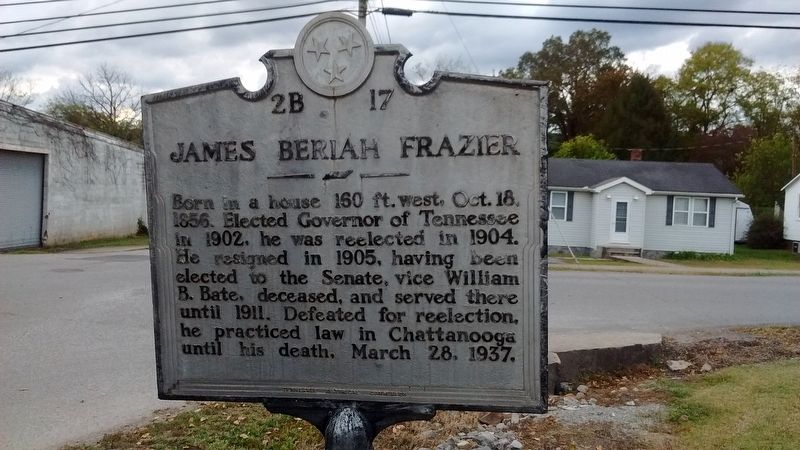 By Tom Bosse, October 22, 2017
1. James Beriah Frazier Marker
Inscription.
James Beriah Frazier. . Born in a house 160 ft. west, Oct. 18 1856. Elected Governor of Tennessee in 1902, he was reelected in 1904. He resigned in 1905, having been elected to the Senate, vice William B. Bate, deceased, and served there until 1911. Defeated for reelection, he practiced law in Chattanooga until his death, March 28, 1937. . This historical marker was erected by Tennessee Historical Commission. It is in Pikeville in Bledsoe County Tennessee

Topics and series. This historical marker is listed in this topic list: Government & Politics. In addition, it is included in the Tennessee Historical Commission series list.

Location. 35° 36.395′ N, 85° 11.42′ W. Marker is in Pikeville, Tennessee, in Bledsoe County. Marker is at the intersection of Spring Street and Grove Street, on the right when traveling west on Spring Street. This marker is located on the opposite corner of the same block with a marker with the same number and similar title. Touch for map. Marker is in this post office area: Pikeville TN 37367, United States of America. Touch for directions.

Other nearby markers. At least 8 other markers are within 12 miles of this marker, measured as the crow flies. Gov. James B. Frazier (within shouting distance of this marker); Pikeville During the Civil War 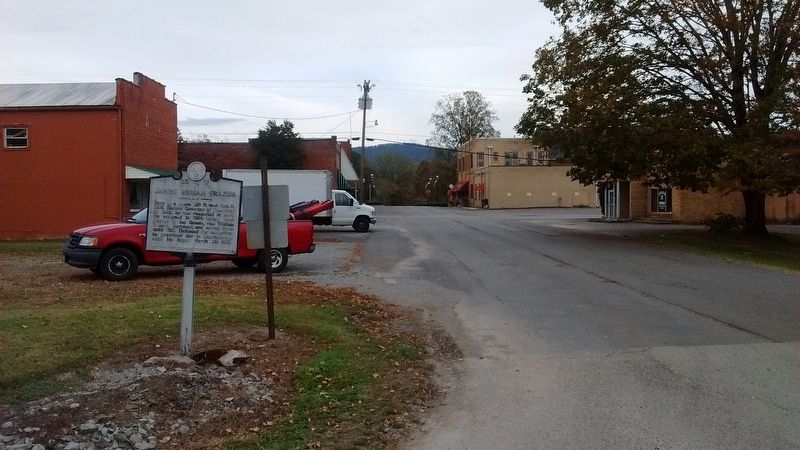