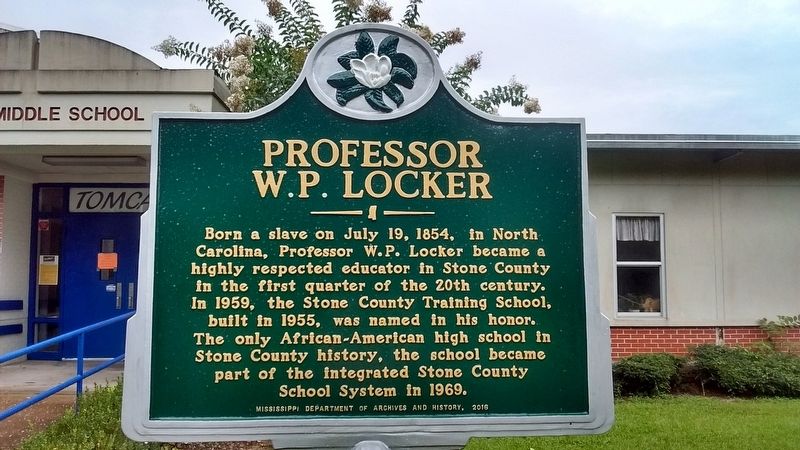 Born a slave on July 19, 1854, in North Carolina, Professor W.P. Locker became a highly respected educator in Stone County in the first quarter of the 20th century. In 1959, the Stone County Training School, built in 1955, was named in his honor. The only African~American high school in Stone County history, the school became part of the integrated Stone County School System in 1969.

Erected 2016 by Mississippi Department of Archives and History.

Topics and series. This historical marker is listed in these topic lists: African Americans • Education. In addition, it is included in the Mississippi State Historical Marker Program series list. A significant historical date for this entry is July 19, 1854.

Other nearby markers. At least 8 other markers are within 5 miles of this marker, measured as the crow flies. Stone County Courthouse (approx. 0.4 miles away); Stone County War Memorial 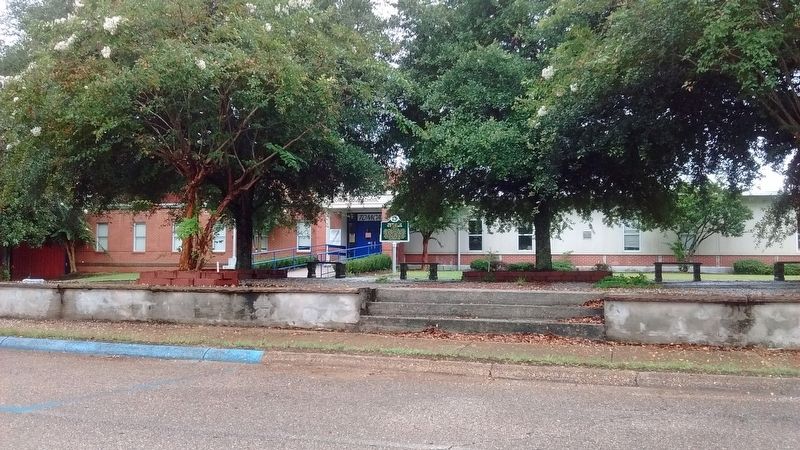 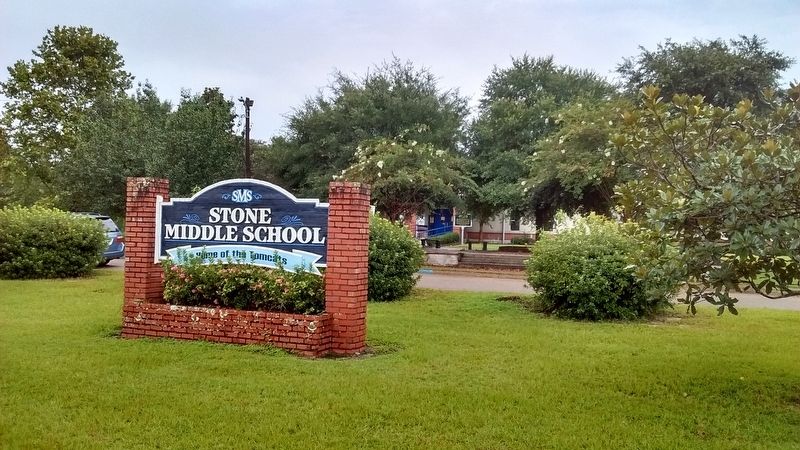