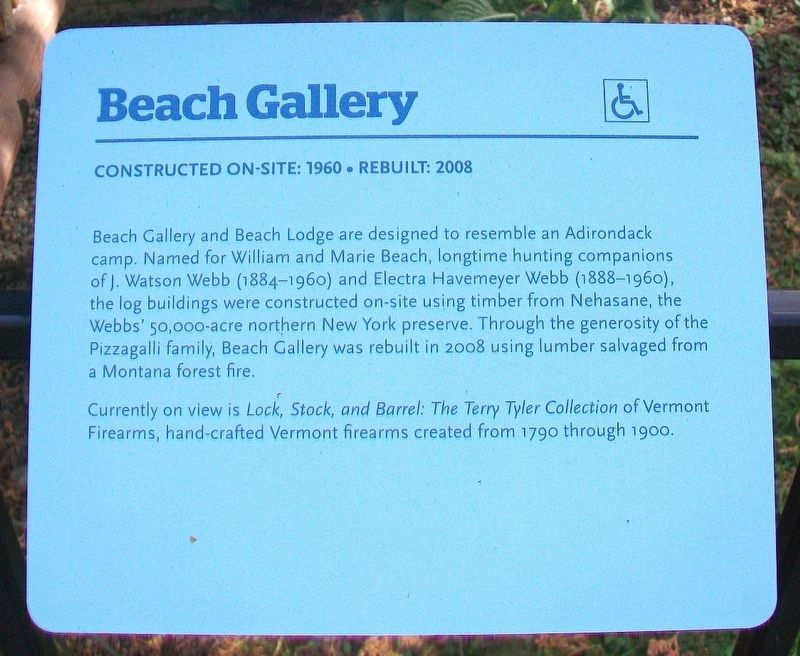 Currently on view is Lock, Stock, and Barrel: The Terry Tyler Collection of Vermont Firearms, hand-crafted Vermont firearms created from 1790 through 1900. . This historical marker was erected by the Shelburne Museum. It is in Shelburne in Chittenden County Vermont

Beach Gallery and Beach Lodge are designed to resemble an Adirondack camp. Named for William and Marie Beach, longtime hunting companions of J. Watson Webb (1884-1960) and Electra Havemeyer Webb (1888-1960), the log buildings were constructed on-site using timber from Nehasane, the Webb's 50,000-acre northern New York preserve. Through the generosity of the Pizzagalli family, Beach Gallery was rebuilt in 2008 using lumber salvaged from a Montana forest fire.

Currently on view is Lock, Stock, and Barrel: The Terry Tyler Collection of Vermont Firearms, hand-crafted Vermont firearms created from 1790 through 1900.

Erected by the Shelburne Museum.

Topics. This historical marker is listed in this topic list: Architecture. A significant historical year for this entry is 2008.

Other nearby markers. At least 8 other markers are within walking distance of this marker. Beach Lodge (a few steps from this marker); The Rail Car Grand Isle 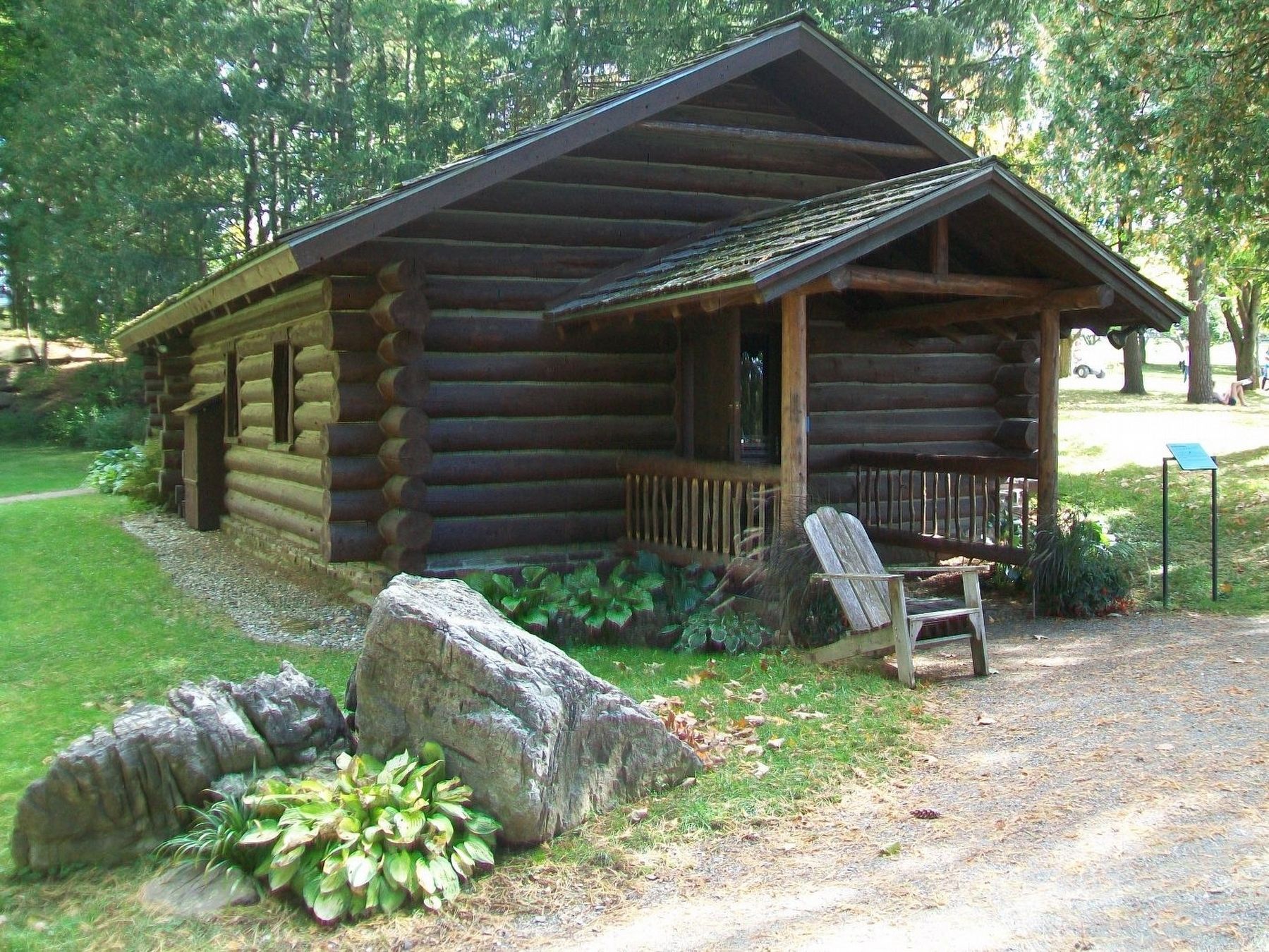