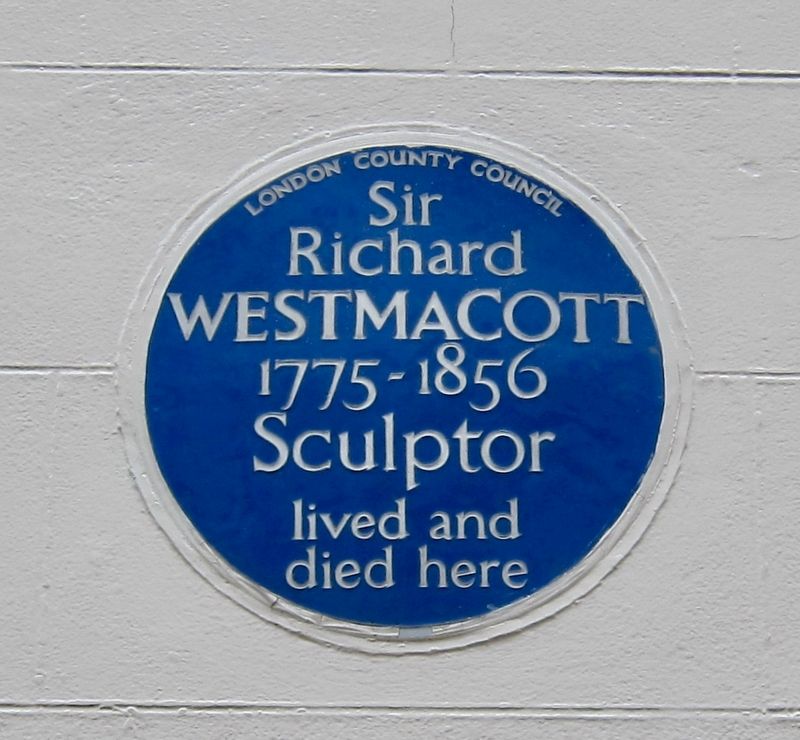 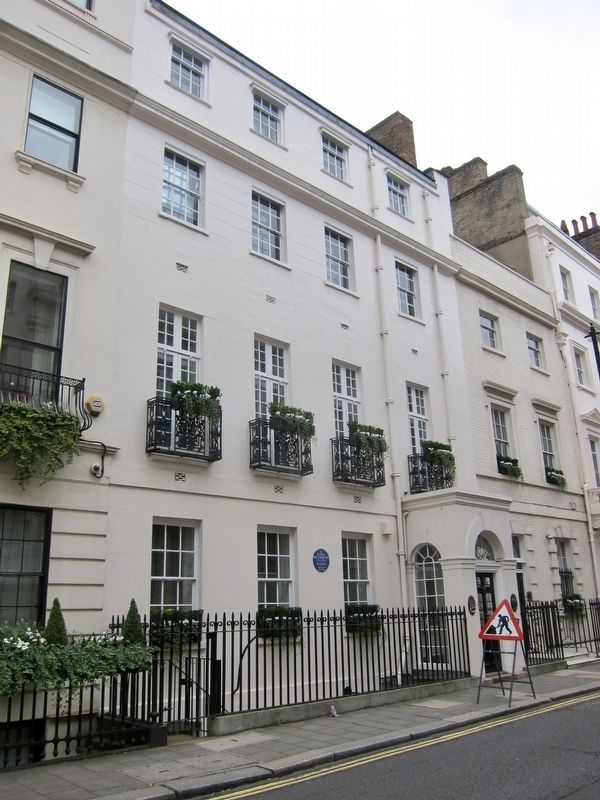 By Andrew Ruppenstein, October 14, 2017
2. Sir Richard Westmacott Marker - Wide View
. "Sir Richard Westmacott RA (15 July 1775 – 1 September 1856) was a British sculptor....Westmacott had his own foundry at Pimlico, in London, where he cast both his own works, and those of other sculptors, including John Flaxman's statue of Sir John Moore (1810–18) for Glasgow. Late in life he was asked by the Office of Works for advice on the casting of the reliefs for Nelson’s Column. He also had an arrangement with the Trustees of the British Museum, which allowed him to make moulds and supply plaster casts of classical sculpture in the museum's collection to country house owners, academies and other institutions....He exhibited at the Royal Academy between 1797 and 1839. His name is given in the catalogues as "R. Westmacott, Junr." until 1807, when the "Junr." was dropped. He was elected an associate of the Royal Academy in 1805, and a full academician in 1811; his diploma work, a marble relief of Jupiter and Ganymede, is still in the academy's collection. He was professor of sculpture at the academy from 1827 until his death. He received his knighthood on 19 July 1837." (Submitted on November 1, 2017.)
Credits. This page was last revised on November 1, 2017. It was originally submitted on November 1, 2017, by Andrew Ruppenstein of Sacramento, California. This page has been viewed 135 times since then and 16 times this year. Photos:   1, 2. submitted on November 1, 2017, by Andrew Ruppenstein of Sacramento, California.
Share This Page.