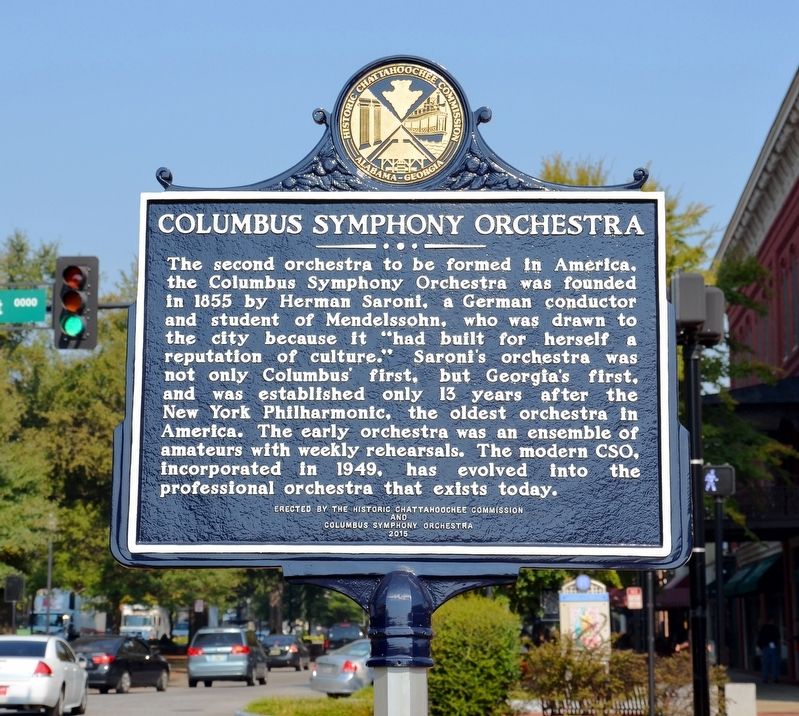 The second orchestra to be formed in America, the Columbus Symphony Orchestra was founded in 1855 by Herman Saroni, a German conductor and student of Mendelssohn, who was drawn to the city because it "had built for herself a reputation of culture." Saroni's orchestra was not only Columbus' first, but Georgia's first, and was established only 13 years after the New York Philharmonic, the oldest orchestra in America. The early orchestra was an ensemble of amateurs with weekly rehearsals. The modern CSO, incorporated in 1949, has evolved into the professional orchestra that exists today.

Erected 2015 by The Historic Chattahoochee Commission and Columbus Symphony Orchestra.

Topics. This historical marker is listed in this topic list: Arts, Letters, Music. A significant historical year for this entry is 1855.

Location. 32° 27.867′ N, 84° 59.578′ W. Marker is in Columbus, Georgia, in Muscogee County. Marker is at the intersection of Broadway and 10th Street, on the right when traveling north on Broadway. Touch for map. Marker is at or near this postal address: 990 Broadway, Columbus GA 31901, United States of America. Touch for directions. 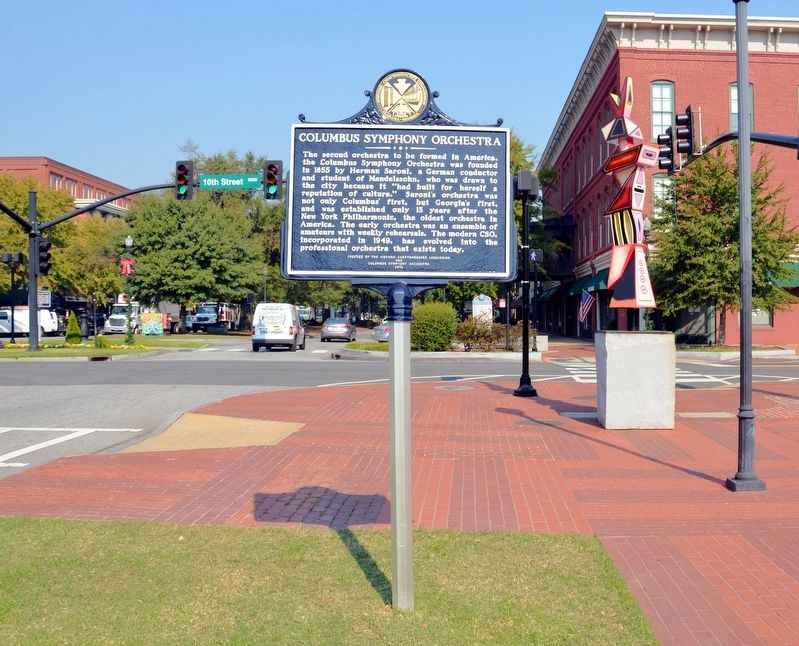