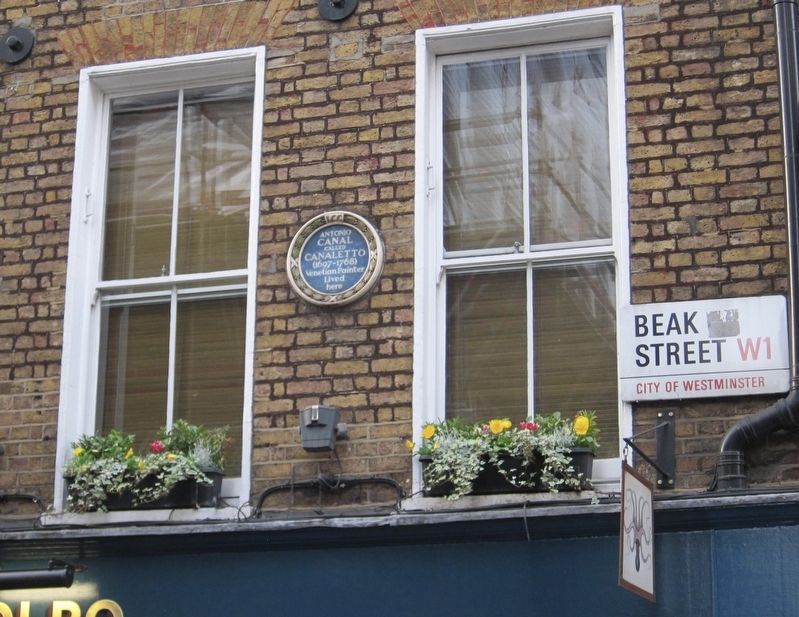 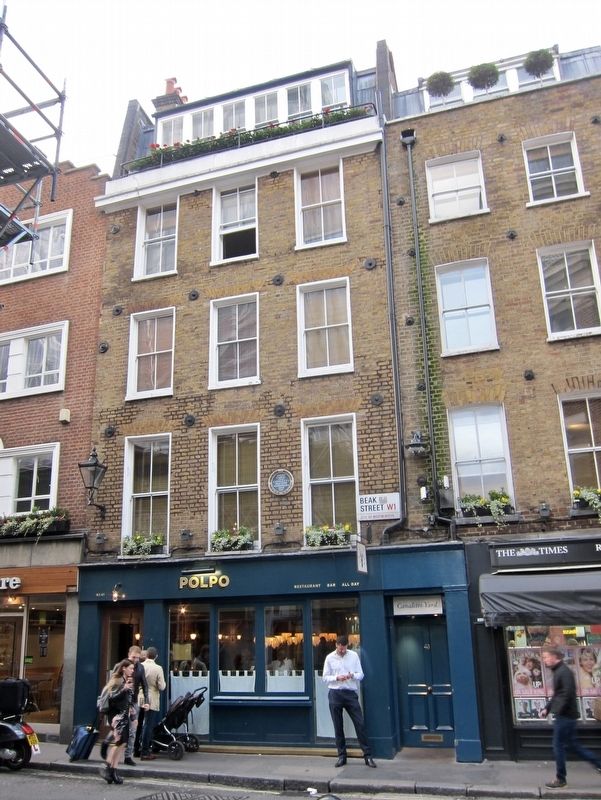 Also see . . .
1. Canal, Giovanni Antonio (1697-1768) (English Heritage). "As his English patrons could not come to him, Canaletto decided to go to them, arriving in London in May 1746. The artist stayed in the capital for about nine years, returning briefly to Italy in 1750–1. During his time in England, Canaletto painted about 50 views, initially of the Thames and later of country houses such as Syon House in Middlesex and Alnwick Castle in Northumberland....In order to increase his sales, he used his London address – then known as 16 Silver Street and owned by a cabinetmaker – for exhibiting his work. The show held here in summer 1749 included his View of St James’s Park, and a second exhibition was staged at the property in summer 1751....Number 41 is typical of the houses built in Soho in the 1680s, though it has been altered in succeeding centuries. The high-glaze plaque, with its distinctive coloured wreath, is one of the series made by Doulton, and dates from 1925." (Submitted on November 17, 2017.) 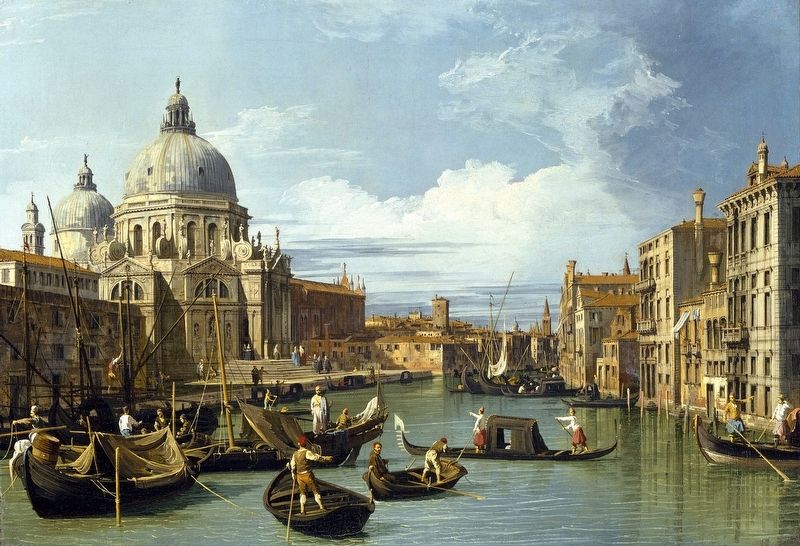 Photographed By Canaletto, circa 1730
3. The Entrance to the Grand Canal, Venice
Antonio Canal (18 October 1697 – 19 April 1768), better known as Canaletto, was an Italian painter of city views or vedute, of Venice. He also painted imaginary views (referred to as capricci), although the demarcation in his works between the real and the imaginary is never quite clearcut. He was further an important printmaker using the etching technique. In the period from 1746 to 1756 he worked in England where he created many sights of London. He was highly successful in England, thanks to the British merchant and connoisseur Joseph Smith, whose large collection of Canaletto's works was sold to King George III in 1762." (Submitted on November 17, 2017.)
Credits. This page was last revised on January 27, 2022. It was originally submitted on November 17, 2017, by Andrew Ruppenstein of Lamorinda, California. This page has been viewed 129 times since then and 2 times this year. Photos:   1, 2, 3. submitted on November 17, 2017, by Andrew Ruppenstein of Lamorinda, California.
Share this page.