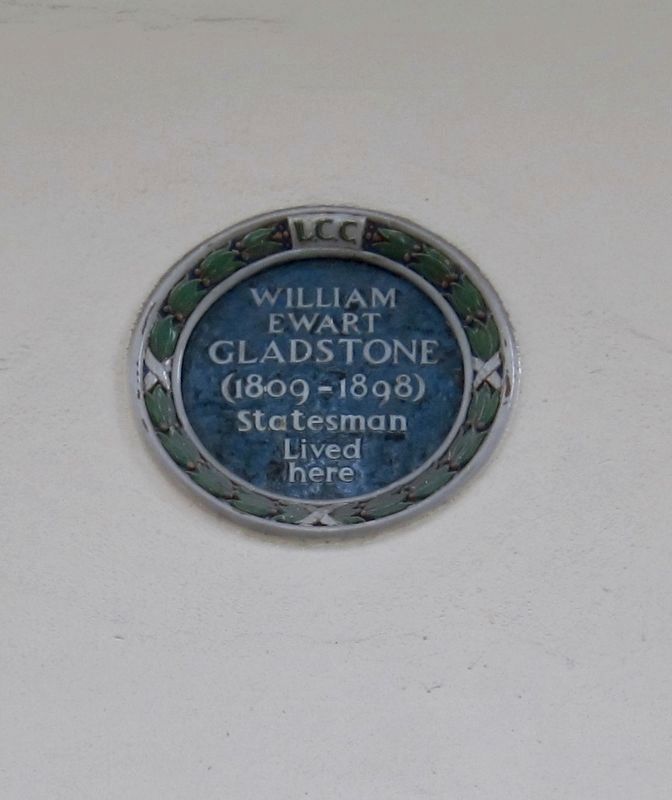 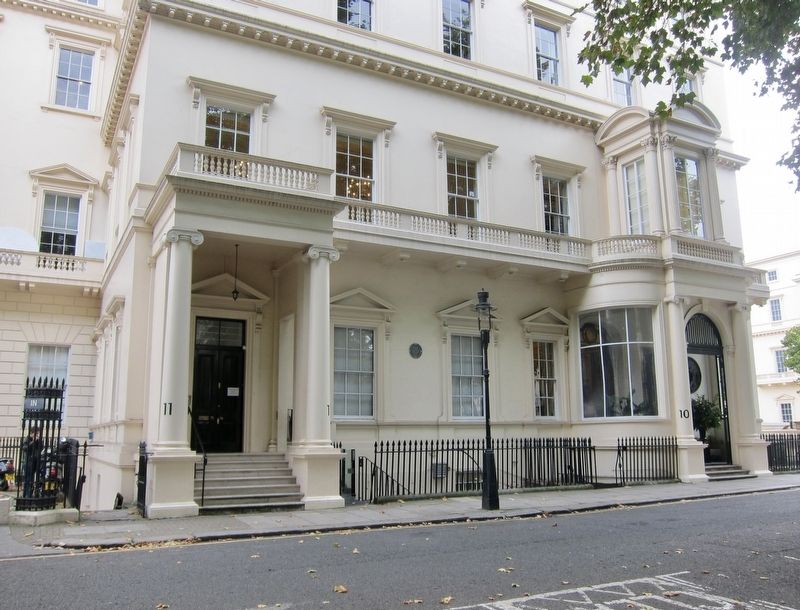 By Andrew Ruppenstein, October 13, 2017
2. William Ewart Gladstone Marker - Wide View
(about 90 meters away, measured in a direct line); Royal Artillery South Africa Memorial (about 90 meters away). Touch for a list and map of all markers in City of Westminster.

Also see . . .
1. William Ewart Gladstone (1809 - 1898) (BBC History). Four-times Liberal prime minister of Great Britain, Gladstone was one of the dominant political figures of the Victorian era and a passionate campaigner on a huge variety of issues, including home rule for Ireland. (Submitted on December 5, 2017.)

2. William Ewart Gladstone (Wikipedia). William Ewart Gladstone, FRS, FSS (29 December 1809 – 19 May 1898) was a British statesman of the Liberal Party. In a career lasting over sixty years, he served for twelve years as Prime Minister of the United Kingdom, spread over four terms beginning in 1868 and ending in 1894. He also served as Chancellor of the Exchequer four times....Gladstone was born in Liverpool to Scottish parents. He first entered the House of Commons in 1832, beginning his political career in the Conservative Party as a High Tory. Gladstone served as a minister in both of Robert Peel's governments, and in 1846 joined the breakaway Peelite faction, which eventually merged into the new Liberal Party in 1859. He was Chancellor 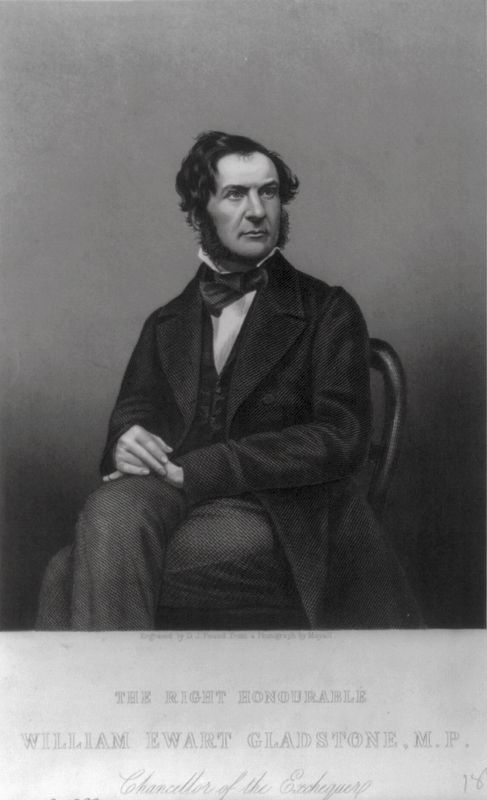 Engraving by D.J. Pound from photo by Mayall (image courtesy of the Library of Congress), February 25, 1998
3. William Ewart Gladstone, 1809-1898, three-quarters length, seated, facing right
under Lord Aberdeen (1852–55), Lord Palmerston (1859–65), and Lord Russell (1865–66). Gladstone's own political doctrine – which emphasised equality of opportunity, free trade, and laissez-faire economic policies – came to be known as Gladstonian liberalism.... Gladstone left office in March 1894, aged 84, as both the oldest person to serve as Prime Minister and the only Prime Minister to have served four terms. He left parliament in 1895 and died three years later. Gladstone was known affectionately by his supporters as "The People's William" or the "G.O.M." ("Grand Old Man," or, according to Disraeli, "God's Only Mistake").He is consistently ranked as one of Britain's greatest prime ministers. (Submitted on December 5, 2017.)
Credits. This page was last revised on December 5, 2017. It was originally submitted on December 4, 2017, by Andrew Ruppenstein of Sacramento, California. This page has been viewed 118 times since then and 5 times this year. Photos:   1, 2. submitted on December 4, 2017, by Andrew Ruppenstein of Sacramento, California.   3. submitted on December 5, 2017, by Andrew Ruppenstein of Sacramento, California.
Share This Page.