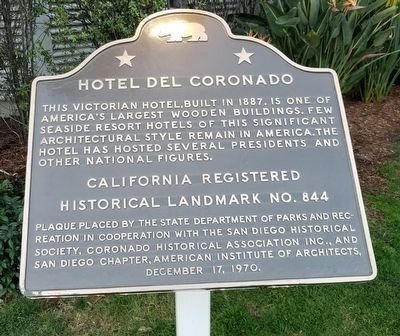 By James Kuklinski, January 10, 2019
1. Hotel del Coronado Marker
Inscription.
Hotel del Coronado. . This Victorian hotel, built in 1887, is one of America’s largest wooden buildings. Few seaside resort hotels of this significant architectural style remain in America. The hotel has hosted several presidents and other national figures. . This historical marker was erected in 1970 by State Department of Parks and Recreation in Cooperation with the San Diego Historical Society, Coronado Historical Association, Inc., and San Diego Chapter, American Institute of Architects (December 17, 1870). It is in Coronado in San Diego County California

This Victorian hotel, built in 1887, is one of America’s largest wooden buildings. Few seaside resort hotels of this significant architectural style remain in America. The hotel has hosted several presidents and other national figures.

Topics and series. This historical marker is listed in these topic lists: Architecture • Industry & Commerce. In addition, it is included in the California Historical Landmarks, and the National Historic Landmarks series lists. 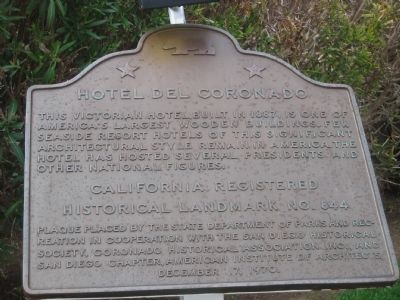 Regarding Hotel del Coronado. It would be built around a court…a garden of tropical trees, shrubs and flowers,…. From the south end, the foyer should open to Glorietta Bay with verandas for rest and promenade. On the ocean corner, there should be a pavilion tower, and northward along the ocean, a colonnade, terraced in grass to the beach. The dining wing should project at an angle from the southeast corner of the court and be almost detached, to give full value to the view of the ocean, bay and city." It was in this manner that Elisha S. Babcock described to arcrhitect James Reid his dream for a grand hotel on San Diego's Coronado peninsula. Together with H.L. Story, his business partner, Babcock's plans 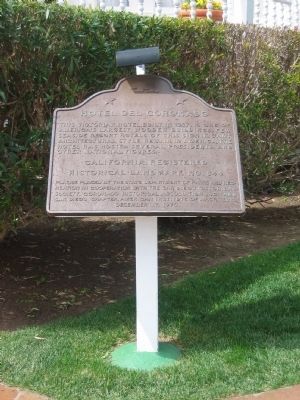 This site is a California Registered Historical Landmark (No.844)

Also see . . .  Hotel del Coronado official website. Information about the hotel is available from this site via a downloadable brochure. (Submitted on May 1, 2009.)

Additional comments.
1. National Historic Landmark - Statement of Significance (as of designation-May 5, 1977)
Begun in March 1887 and open for business February 1888, this enormous timber structure, rising from the Coronado Penisula like a castle, was one of the last of the extravagently conceived resort hotels in Southern California. It was the first hotel in the world, and the largest building outside of New York City, to use electric lighting; the lighting system was installed under the direct supervision of Thomas A. Edison.

A convention center, additional hotel rooms and parking are being planned. These would be constructed on the site of the current parking lots and historic service buildings
— Submitted September 27, 2008, by Syd Whittle of El Dorado Hills, California. 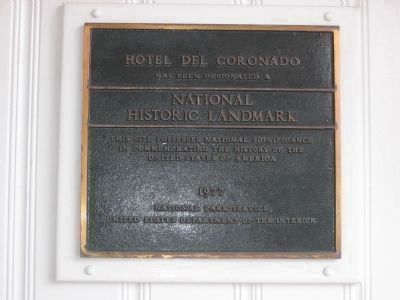 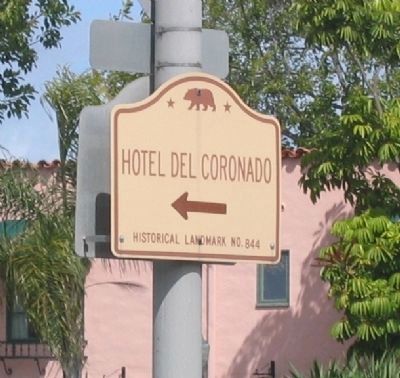 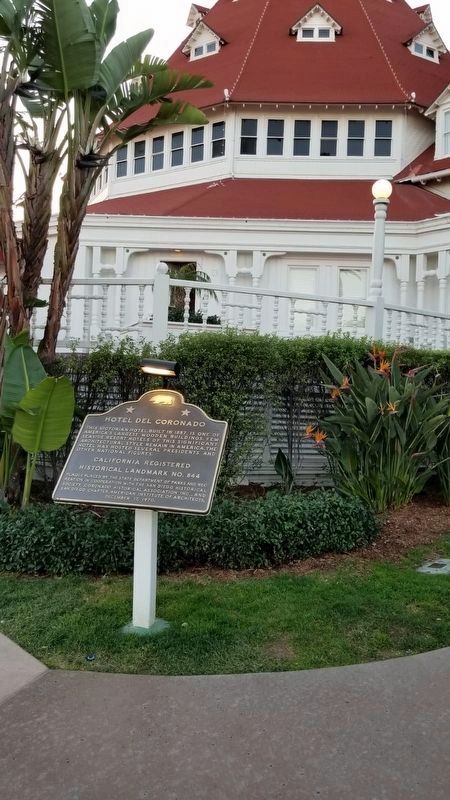 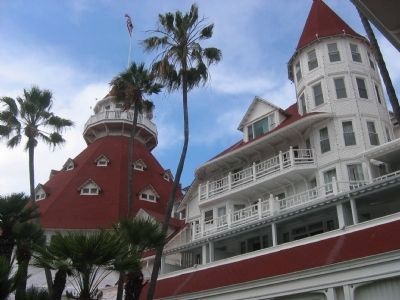 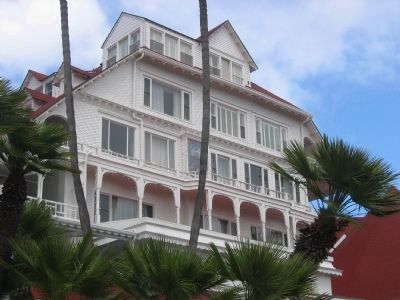 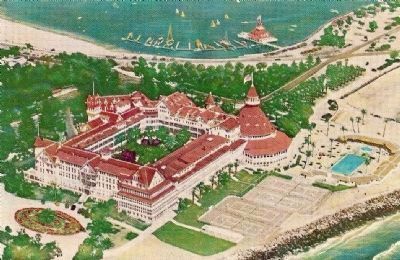