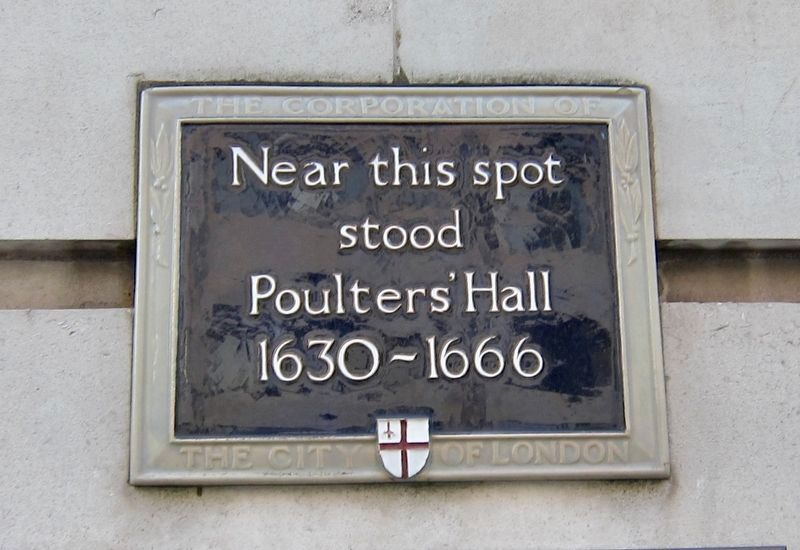 Topics and series. This historical marker is listed in this topic list: Industry & Commerce. In addition, it is included in the UK, England, City of London Corporation series list. 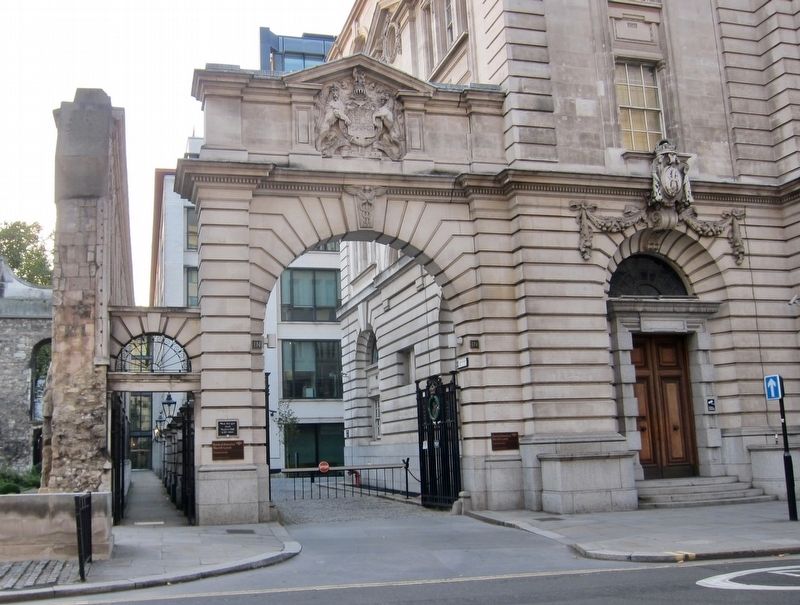 Also see . . .
1. Worshipful Company of Poulters (Wikipedia). "The Worshipful Company of Poulters is one of the Livery Companies of the City of London. In 1368, the organisation received the power to regulate the sale of poultry, swans, pigeons, rabbits and small game. The company, which was incorporated under a Royal Charter in 1665, is no longer an association of tradesmen that retains its ancient powers, but now operates as a charitable institution as do most of the other Livery Companies." (Submitted on December 7, 2017.)