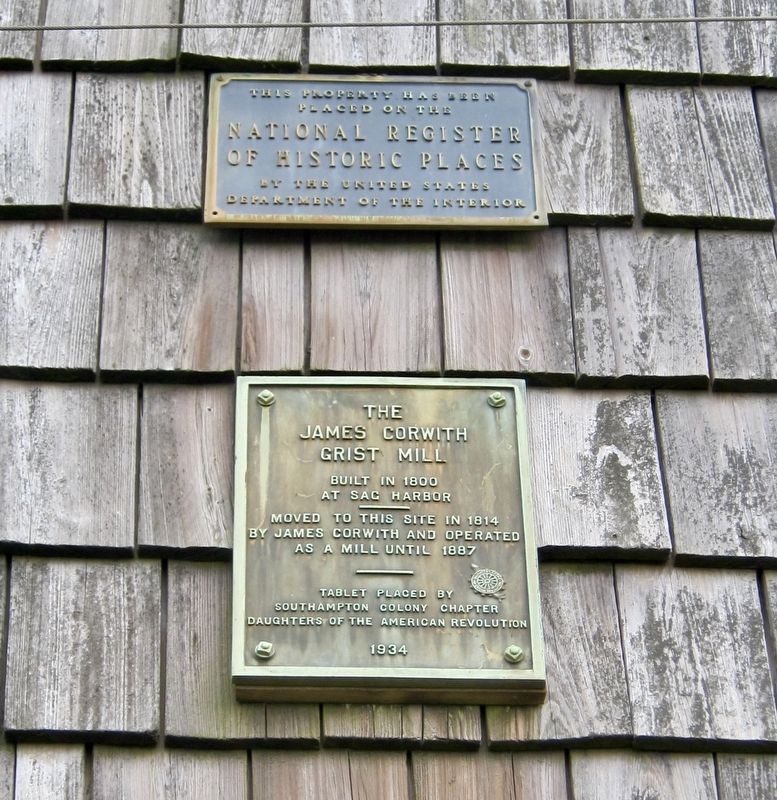 Tablet placed by
Southampton Colony Chapter
Daughters of the Revolution

Erected 1934 by Southampton Colony Chapter Daughters of the Revolution.

Topics and series. This historical marker is listed in this topic list: Industry & Commerce. In addition, it is included in the Daughters of the American Revolution (DAR) series list. A significant historical year for this entry is 1800.

Other nearby markers. At least 8 other markers are within 3 miles of this marker, measured as the crow flies. Water Mill Rolls of Honor (within shouting distance of this marker); First Watermill (about 700 feet away, measured in a direct line); Lt. Colonel Lawrence R. Boyll, Sr. (approx. 2.4 miles away); General William Erskine Headquarters (approx. 2.4 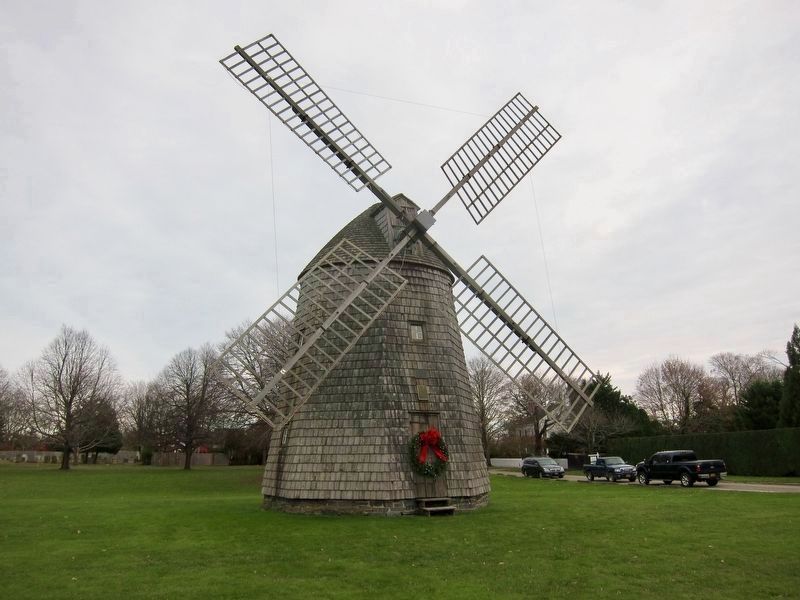 More about this marker. The marker is mounted on the mill, above the front entrance.

Also see . . .
1. Windmill at Water Mill, Montauk Highway & Halsey Lane, Water Mill, Suffolk County, NY. Library of Congress website entry:
Historic American Buildings Survey record for the Corwith mill, with photos and schematics, as well as a 35+ page essay on the history of the mill, including information on other windmills on Long Island. (Submitted on December 7, 2017.)

2. Water Mill Museum. Museum website homepage:
"The Corwith windmill is the smallest, and second oldest, of 11 surviving windmills on the South Fork of Long Island, which has the largest regional group of windmills in America. Of the local mills, it is the only example of the early type of smock mill, which had a stationary tower with a revolving cap that sat directly on a greased curb at the top of the tower Later smock windmills, such as the Hayground mill, had rollers on the curbs to facilitate rotating the cap and its wind sails." (Submitted on December 7, 2017.) 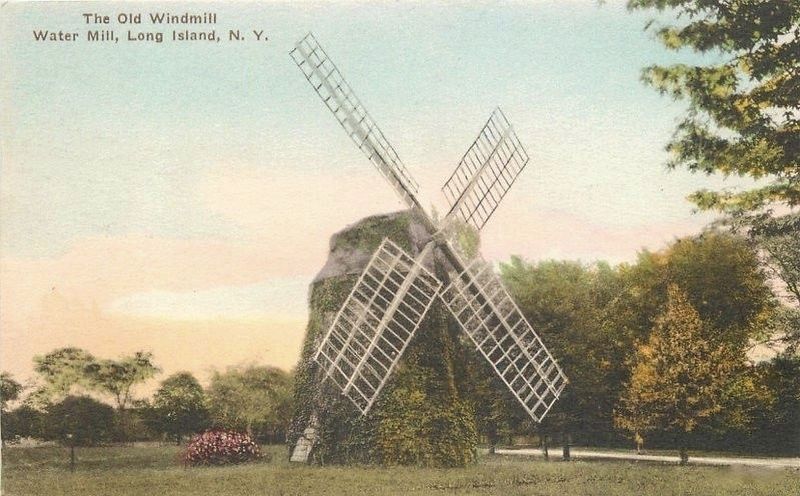 Postcard published by Holden's Stationery Shop, Southampton, NY (Albertype Co.), circa 1920
3. The Old Mill, Water Mill, Long Island, N.Y.
The Windmill at Water Mill is one of 11 extant late 18th and early 19th century wind-driven gristmills on eastern Long Island; it served the milling needs of local farmers when eastern Long Island was primarily a grain and cattle producing area lacking in sufficient water power. One of nine remaining windmills with major internals works, the mill structure and machinery offer important documentation of the wood joinery techniques used in 17th, 18th and 19th century American domestic and utilitarian architecture. The mill also helps document eastern Long Island's cultural and economic ties to New England, as well as the migration of millwriting technologies from England. - Historic American Buildings Survey
Credits. This page was last revised on March 31, 2021. It was originally submitted on December 7, 2017, by Andrew Ruppenstein of Sacramento, California. This page has been viewed 234 times since then and 32 times this year. Photos:   1, 2, 3. submitted on December 7, 2017, by Andrew Ruppenstein of Sacramento, California.
Share this page.