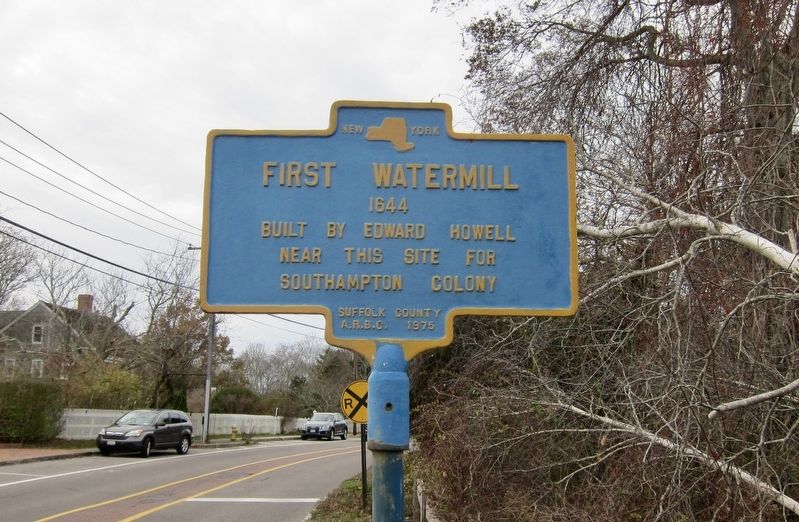 By Andrew Ruppenstein, November 26, 2017
1. First Watermill Marker
Inscription.
First Watermill.
Built by Edward Howell near this site for Southampton Colony. . This historical marker was erected in 1975 by Suffolk County A.R.B.C.. It is in Water Mill in Suffolk County New York

Built by Edward Howell
near this site for
Southampton Colony 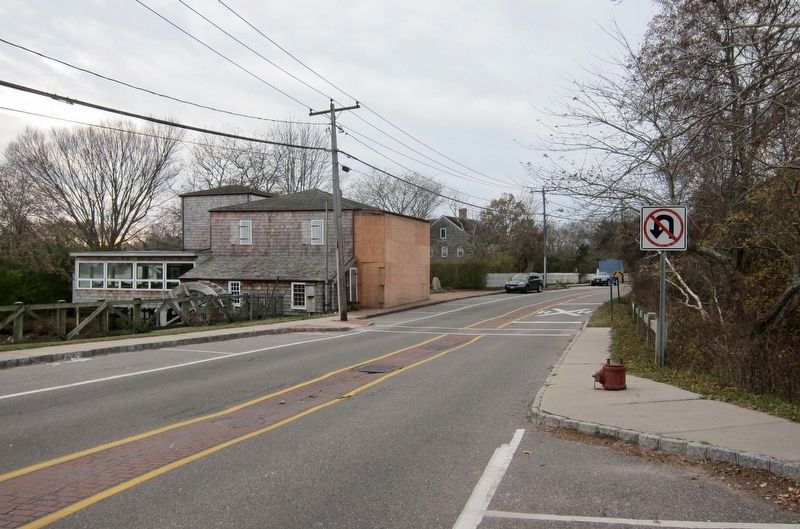 By Andrew Ruppenstein, November 26, 2017
2. First Watermill Marker - Wide View
The marker is visible here on the right side of the road, with the Water Mill Museum on the left. The Museum is currently boarded up and undergoing renovation.
History of the Water Mill (Water Mill Museum). The history of the water mill begins with Edward Howell who came to Southampton, Long Island in 1640 with English colonists from Lynn, Massachusetts. Howell had owned a water mill on a pond in Lynn so it was not surprising that he settled on a 100-acre pond three miles from Southampton for his new venture....Howell - the wealthiest citizen of the new colony and its magistrate - got the town to give him 40 acres on the pond and to provide labor and money to support his project. The mill was built and millstones hewn from two boulders found in the moraine north of the site. Oral history places this first mill, which was probably grinding by 1644, several hundred yards north of its current site on Mill Creek.... (Submitted on December 9, 2017.) 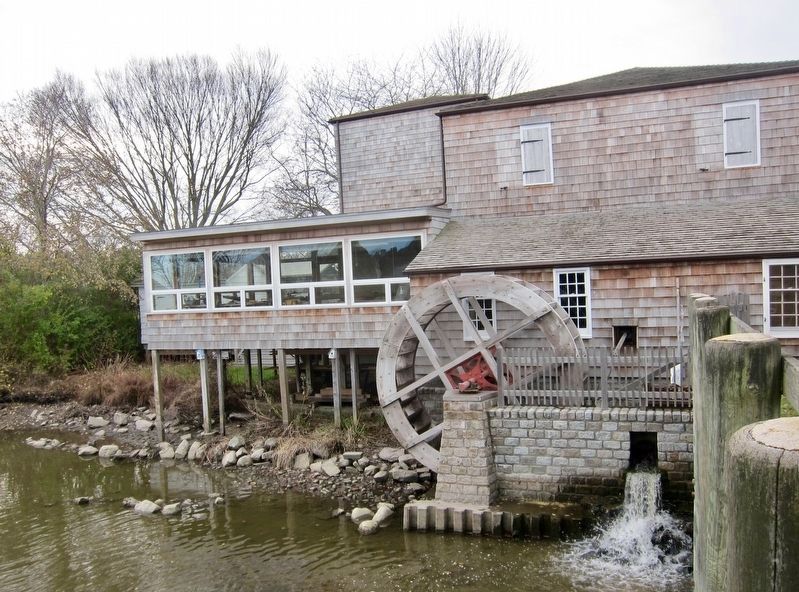 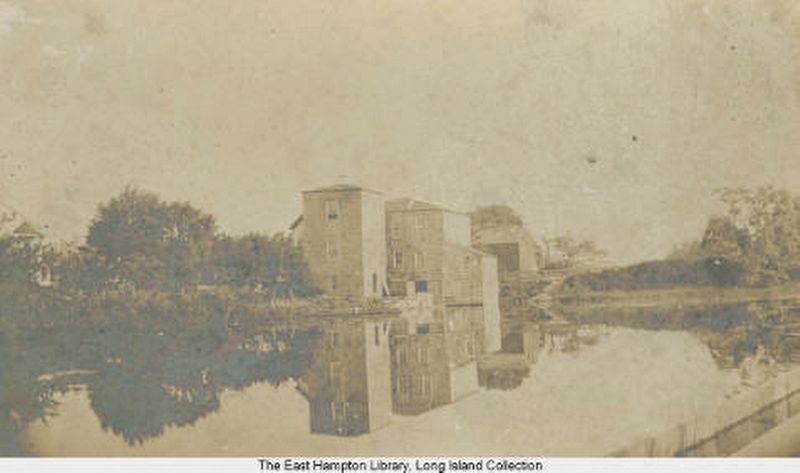