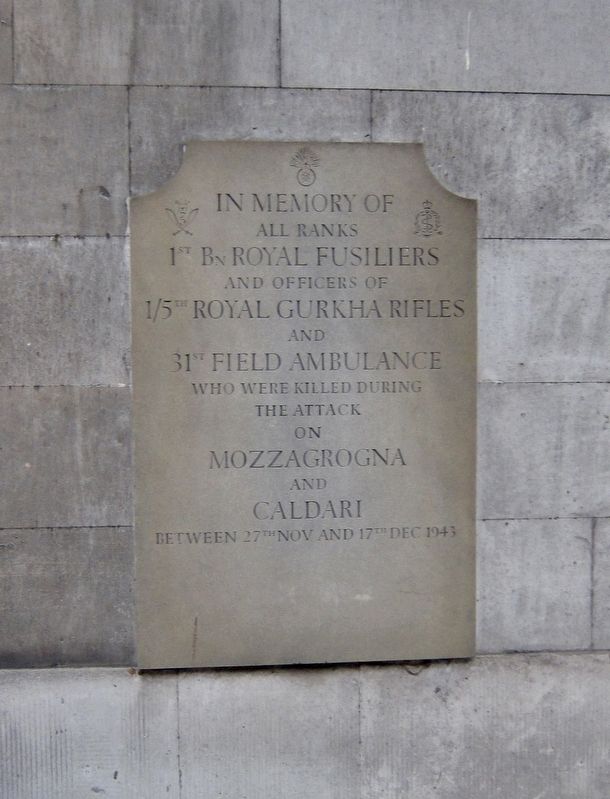 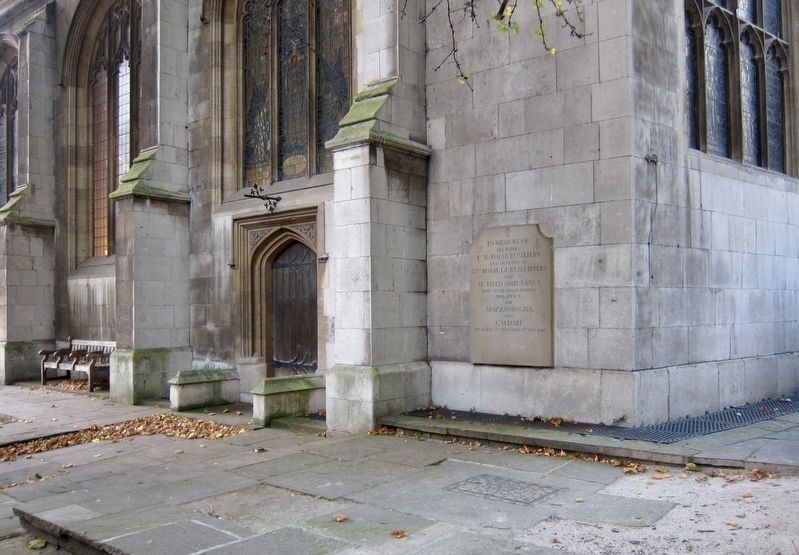 More about this memorial. The memorial is mounted to the southeast corner of the St. Sepulchre-without-Newgate church.

Also see . . .  The White Hackle - News. "In November 1943 1st Battalion Royal Fusiliers faced their first major engagement in Italy, the crossing of the River Sangro. Along with 1st/12th Frontier Force Rifles and 1st/5th Royal Gurkha Rifles they formed 17th Indian Brigade of 8th Indian Division. The plan was for the Gurkhas to capture the fortified village of Mozzagrogna on the far bank and for the Fusiliers to pass through them to take the village of Santa Maria. But the capture of Mozzagrogna proved a tough proposition, even for the indomitable Gurkhas. At 0130 hrs on 28 November the brigade commander ordered B and C Companies of 1 RF to go into Mozzagrogna to assist them....It was a murderous battle.... 1 RF suffered some 95 casualties, and 1st/5th Gurkhas even more. The close co-operation between the two regiments was later celebrated by the exchange of a silver kukri (now in the Museum at the Tower of London) and a silver salver; and a memorial naming both units was installed outside the Royal Fusiliers Memorial Chapel at the Church of St. Sepulchre-without-Newgate." (Submitted on December 11, 2017.)
Credits. This page was last revised on December 11, 2017. It was originally submitted on December 11, 2017, by Andrew Ruppenstein of Sacramento, California. This page has been viewed 129 times since then and 3 times this year. Photos:   1, 2. submitted on December 11, 2017, by Andrew Ruppenstein of Sacramento, California.
Share This Page.