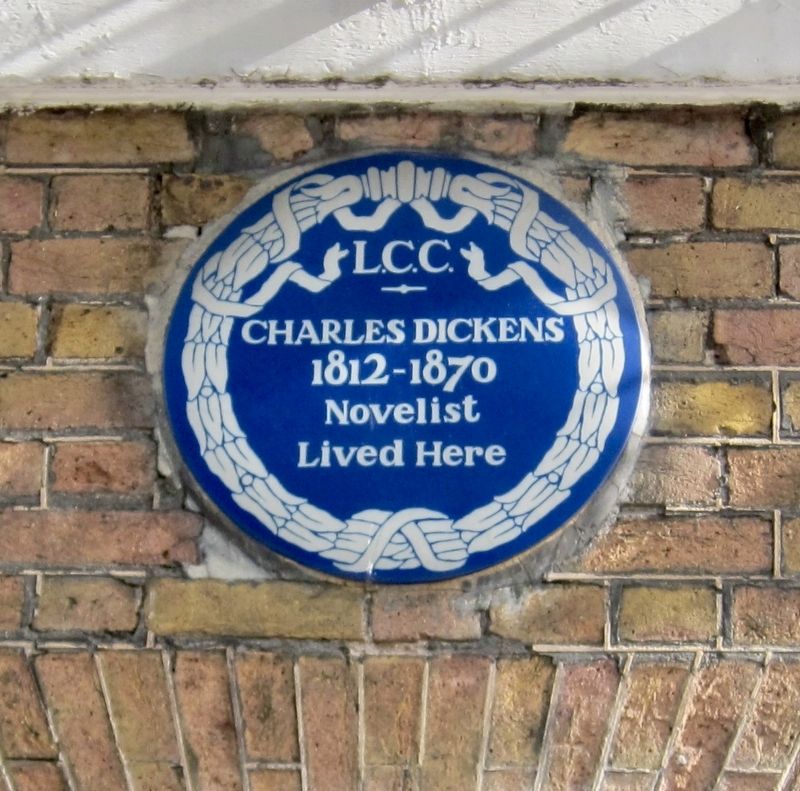 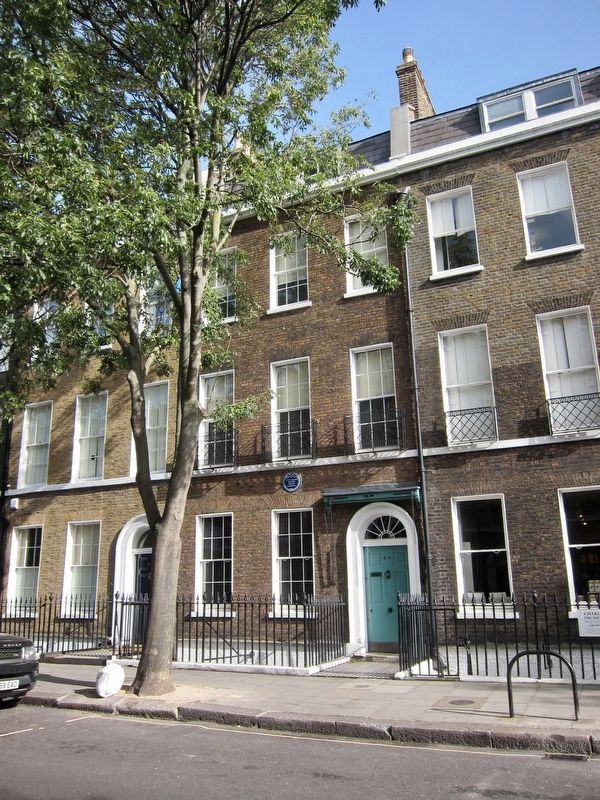 By Andrew Ruppenstein, October 12, 2017
2. Charles Dickens Marker - Wide View
Dickens' home for two years, now housing the Charles Dickens Museum.
"Charles John Huffam Dickens (7 February 1812 – 9 June 1870) was an English writer and social critic. He created some of the world's best-known fictional characters and is regarded by many as the greatest novelist of the Victorian era. His works enjoyed unprecedented popularity during his lifetime, and by the 20th century critics and scholars had recognised him as a literary genius. His novels and short stories enjoy lasting popularity." (Submitted on December 22, 2017.)

2. Charles Dickens (English Heritage). "Dickens moved to number 48 from Furnival Chambers, Holborn, in March 1837, paying the substantial sum of £80 a year in rent. His newfound wealth – having previously lived in down-at-heel Somers Town as a child – was owing to the sensational success of his first novel, The Pickwick Papers, the first instalment of which had appeared a year earlier in March 1836....While living at Doughty Street, Dickens completed The Pickwick Papers (1837-38), wrote two new works – Oliver Twist (1837–38) and Nicholas Nickleby (1838–39) – and made a start on Barnaby Rudge (1841). He also forged friendships with several important figures in the arts, including the actor William Charles Macready and Thomas Carlyle, and secured election to both the 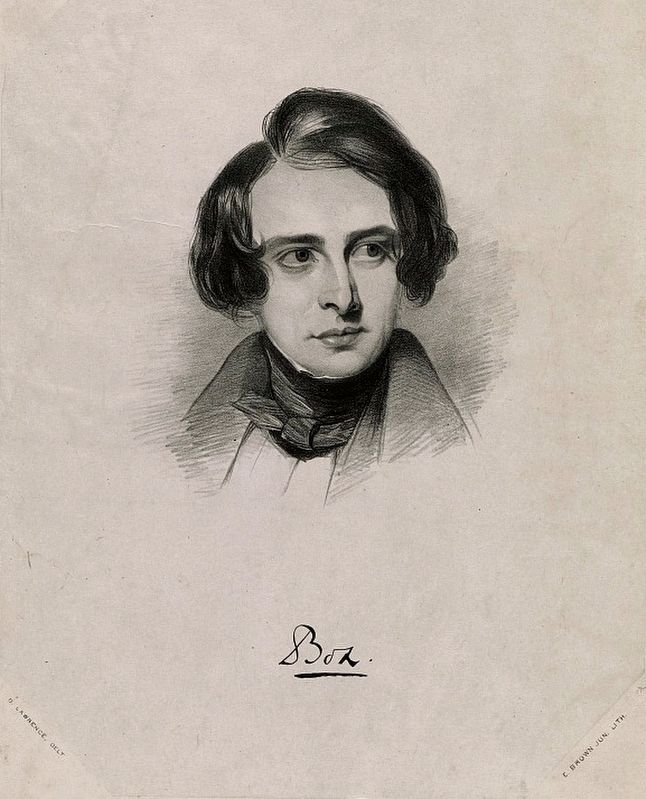 Drawing by D. Lawrence, Lithograph by Eliphalet Brown (image courtesy of the Library of Congress), 1839
3. Boz (Charles Dickens)
Garrick and Athenaeum clubs....Two daughters – Mary (1838–96) and Kate (1839–1929) – were born to Charles and Catherine Dickens in Doughty Street, and the favourable sales of Nickleby enabled him to move his growing family in December 1839 to a larger house – 1 Devonshire Terrace, Marylebone High Street...." (Submitted on December 22, 2017.)