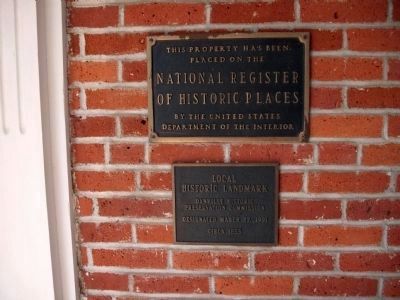 Erected by The United States Department of the Interior, Danville Historic Preservation Commission.

Topics. This historical marker is listed in this topic list: Notable Places. A significant historical date for this entry is March 27, 1991. 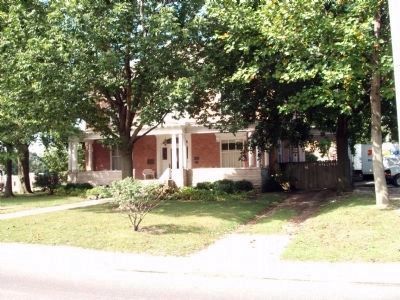 By Al Wolf, September 7, 2008
2. Dr. William Fithian's Home
The markers can be seen on both sides of the front door on the front porch. Due to all the lush trees, it is difficult to take full view photo of the Home. The shade is excellent for enjoyable viewing of the exterior of the Home and Grounds.

Click or scan to see
this page online
of this marker); Historic Millstone (within shouting distance of this marker); Abraham Lincoln at Danville Presbyterian Church (approx. 0.2 miles away); Abraham Lincoln - Eighth Judicial District (approx. 0.2 miles away); World War I Memorial (approx. ¼ mile away); Aircraft in Honor of Chanute Air Force Base (approx. ¼ mile away). Touch for a list and map of all markers in Danville. 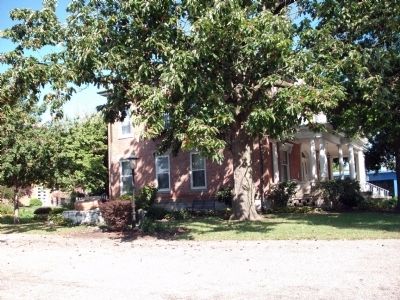 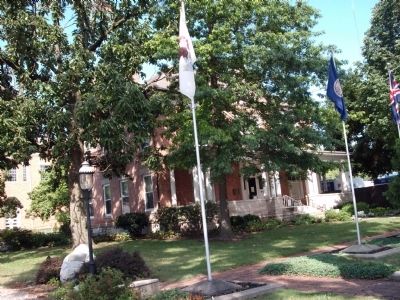 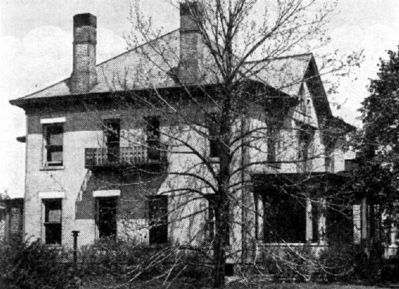 Courtesy of Old Illinois Houses
5. Old Photo - - Dr. William Fithian Home
The trees were smaller when this photo was taken, showing the home and the balcony from which Abraham Lincoln gave an impromptu speech to a crowd in 1858. 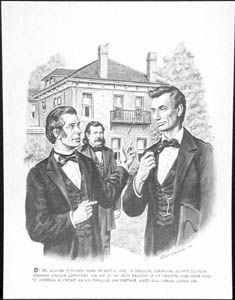 By Abraham Lincoln Collectibles, Unknown
6. "Lincoln chooses place to give a speech"
"At Dr. William Fithian's home on September 21, 1858 in Danville, Vermilion County, Illinois, Abraham Lincoln considers the use of the iron balcony of his friend's home from which to address a crowd. His Danville law partner, Ward Hill Lamon looks on." 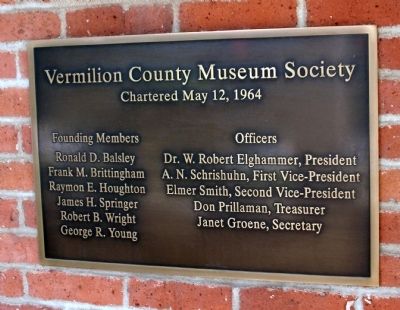 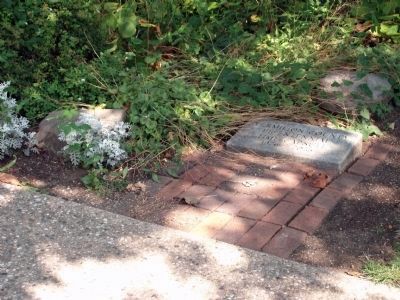 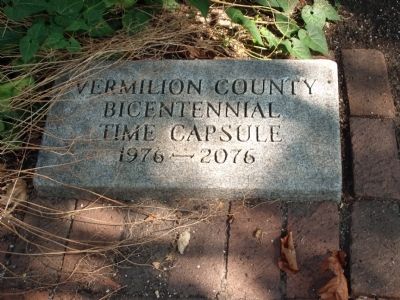 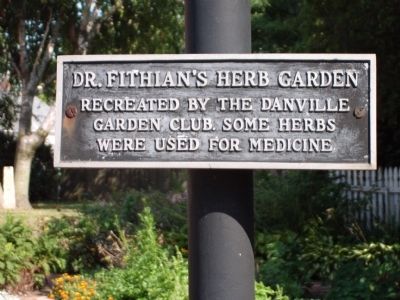 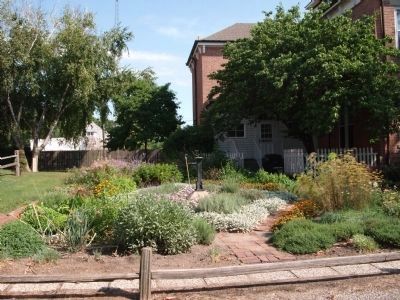 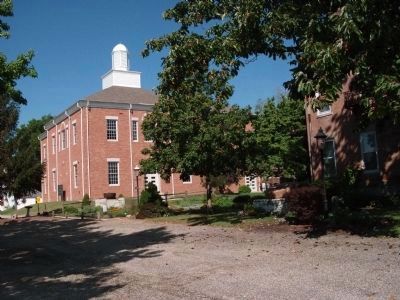 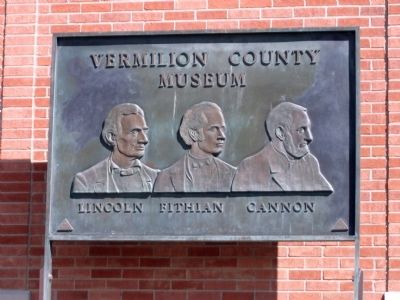 By Al Wolf, September 7, 2008
13. Bronze Plate at Side of Vermilion County Museum Building. 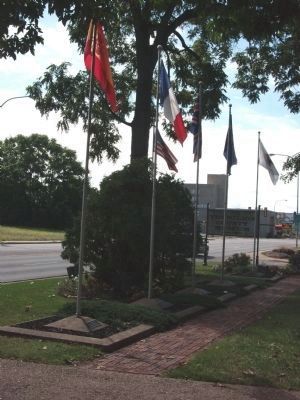 By Al Wolf, September 7, 2008
14. "Walk of Five Flags"
In front of the Fithian home to the South - - is the side walk (called the "Walk of Five Flags") leading to the parking area. It holds Five flags and plaques that tell the history of the area under different Country and State flags. Nearest to the camera is the Flag of Spain (followed by), France, Great Britain, State of Virginia, and then the State of Illinois. 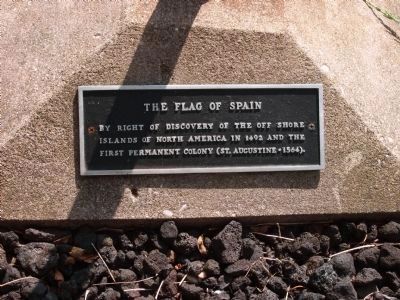 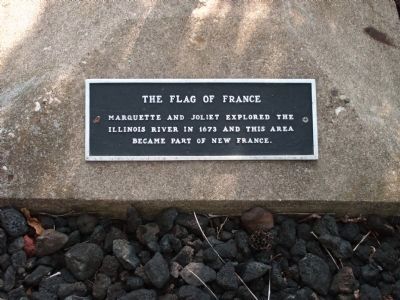 By Al Wolf, August 24, 2008
16. The Flag of France
Marquette and Joliet explored the Illinois River in 1673 and this area became part of New France. 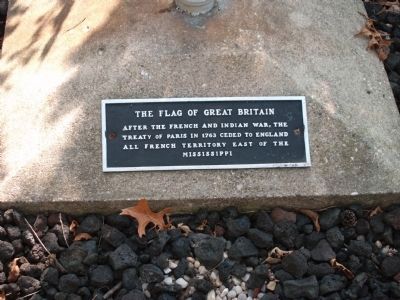 By Al Wolf, August 24, 2008
17. The Flag of Great Britain
After the French and Indian War, the Treaty of Paris in 1763 ceded to England all French territory east of the Mississippi. 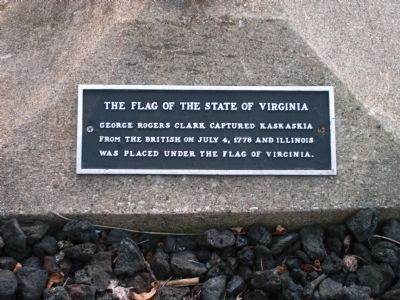 By Al Wolf, August 24, 2008
18. The Flag of the State of Virginia
George Rogers Clark captured Kaskaskia from the British on July 4, 1778 and Illinois was placed under the flag of Virginia. 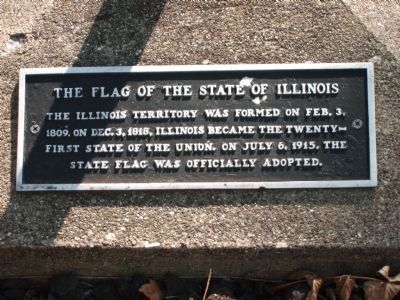