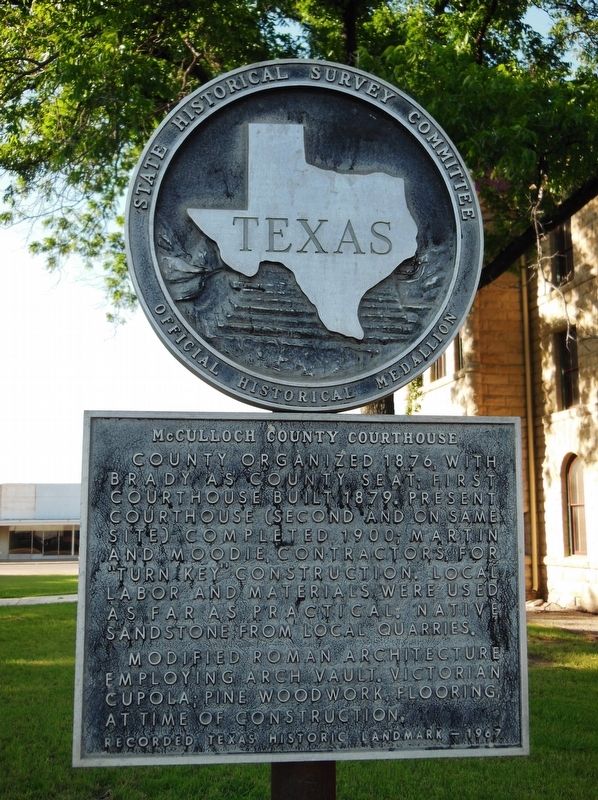 Location. 31° 8.099′ N, 99° 20.11′ W. Marker is in Brady, Texas, in McCulloch County. Marker is on West Commerce Street (U.S. 87) west of South Bridge Street (U.S. 87), on the right when traveling west. Marker is located near sidewalk on the south side of the subject courthouse. Touch for map. Marker is at or near this postal address: 199 Court House Square, Brady TX 76825, United States of America. Touch for directions.

Other nearby markers. At least 8 other markers are within 6 miles of this 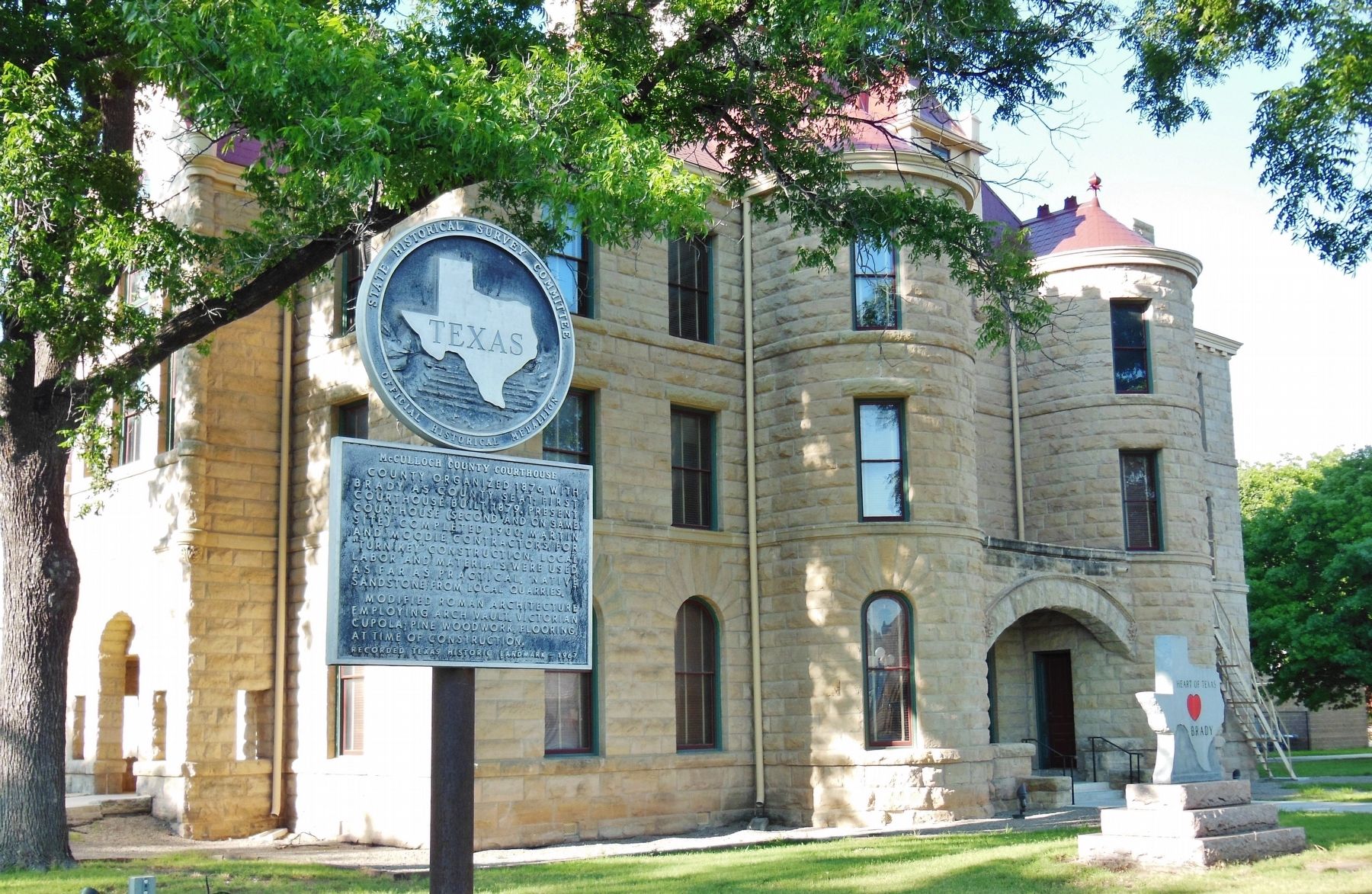 More about this marker. Marker and Texas Historical Medallion are mounted on stand-alone pole. The marker is weathered and difficult to read

Also see . . .
1. McCulloch County Courthouse – Brady.
The 1899 McCulloch County Courthouse was restored to its historic appearance. Previous interior modifications were reversed, most notably including the removal of a non-historic floor that was in-filled into the original two-story district courtroom. Repairs were made to the building’s distinctive exterior stonework and a new roof was installed, matching the historic one. Throughout the restored building, historic wood floors and high, decorative metal ceilings are once again visible. The building was rededicated on September 5, 2009. (Submitted on January 3, 2018, by Cosmos Mariner of Cape Canaveral, Florida.) 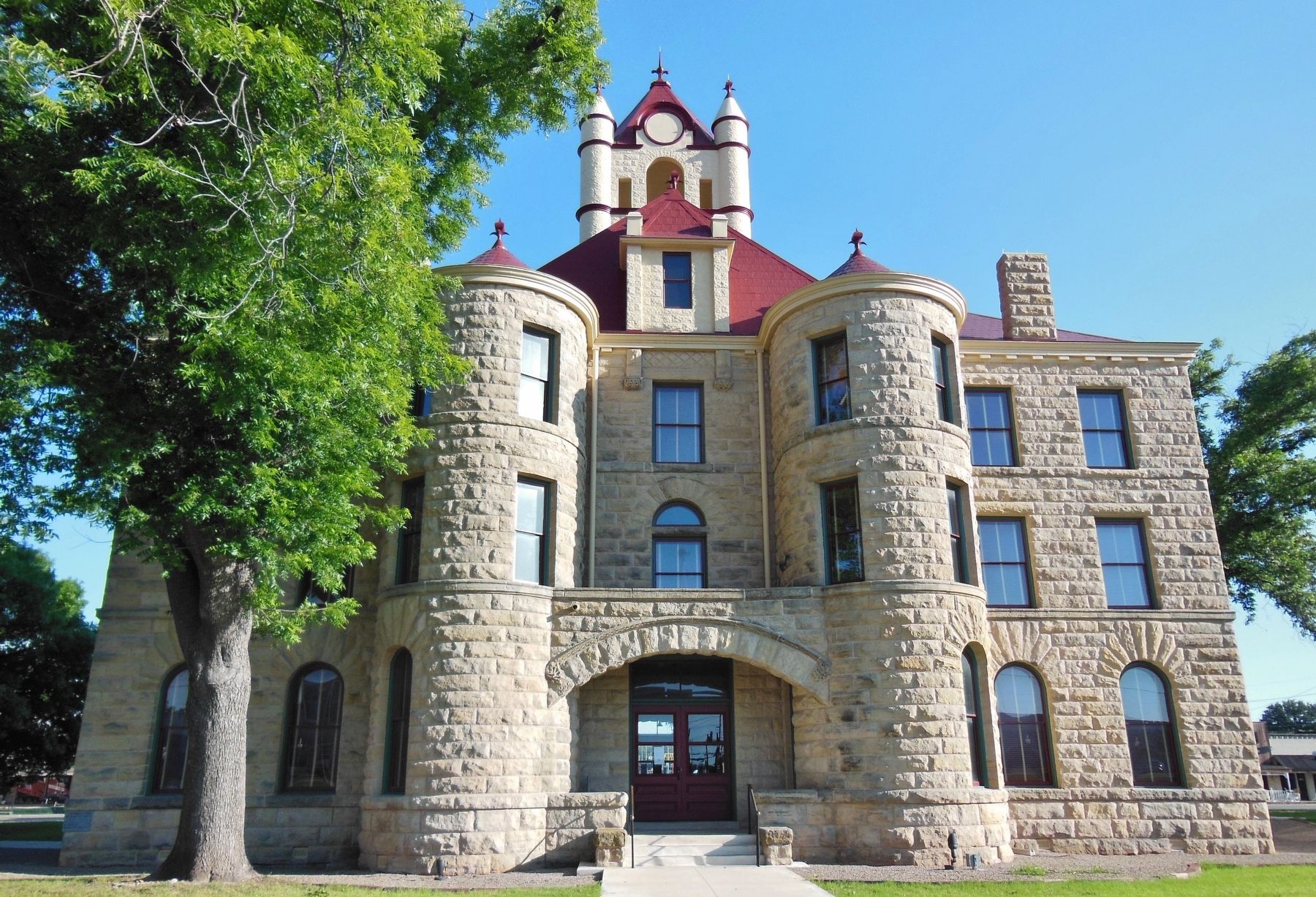 3. McCulloch County Courthouse.
When the decision was made in 1899 to erect a new courthouse, Martin & Moodie submitted their proposal and were awarded the contract. The new three-story sandstone courthouse was in the Richardson Romanesque style, and bears some semblance to the style of architect James Riely Gordon. While the clock tower has areas designed for a clock on each of the four sides, no clock is installed. In both 1936 and 1938, Brady Creek (San Saba River) overflowed its banks and caused flooding in and around the courthouse. (Submitted on January 3, 2018, by Cosmos Mariner of Cape Canaveral, Florida.) 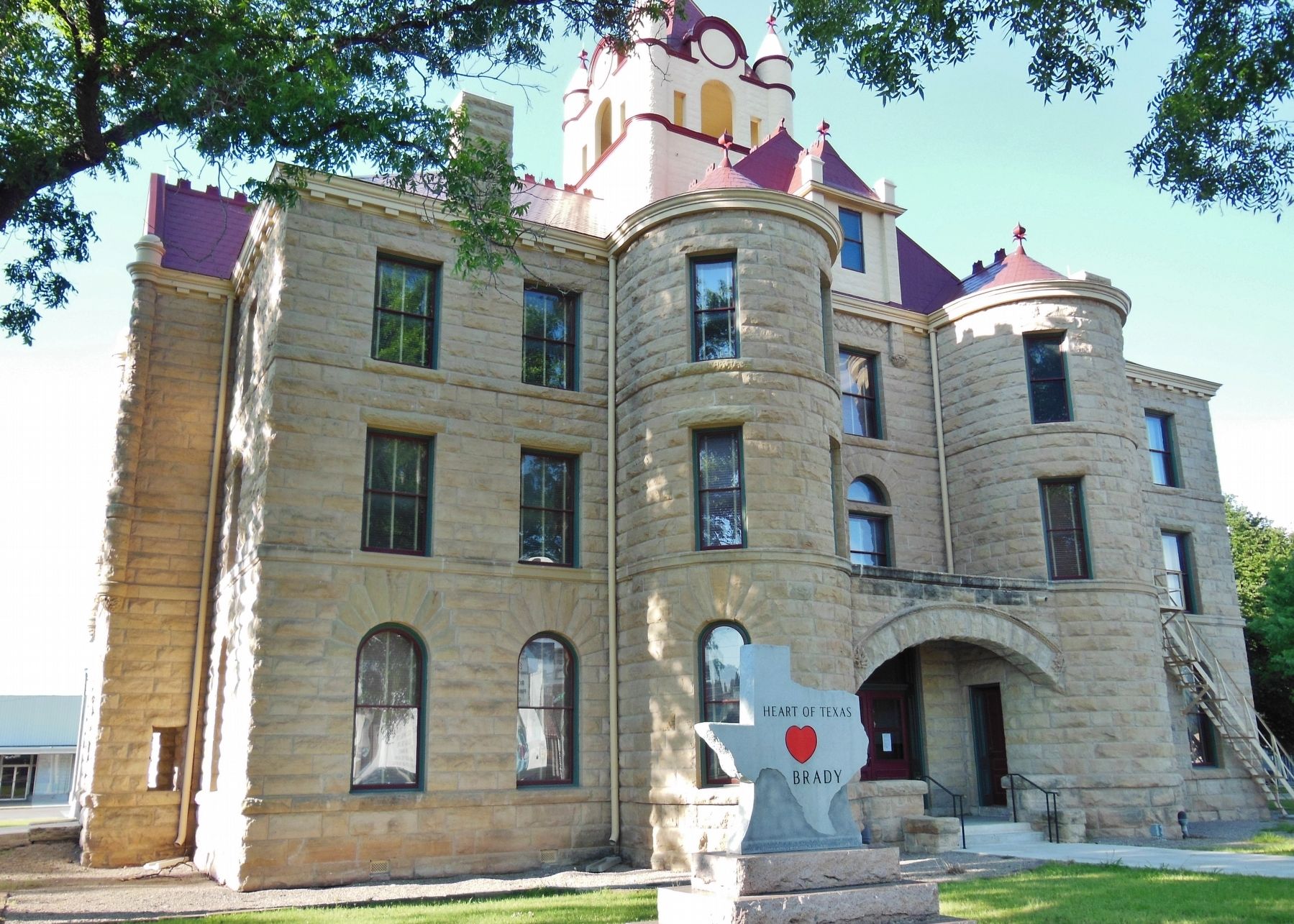 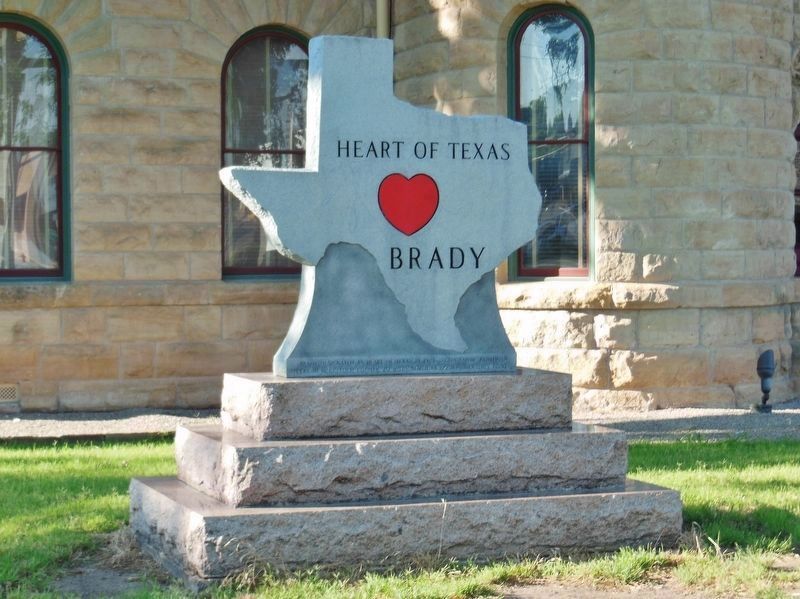 By Cosmos Mariner, June 7, 2013
5. Geographical Center of Texas
Inscribed at the bottom of the marker:

Brady designated as Heart of Texas in 1923. Geographic center of Texas, in McCulloch County, 20 miles north 14 1/2° east of this point. 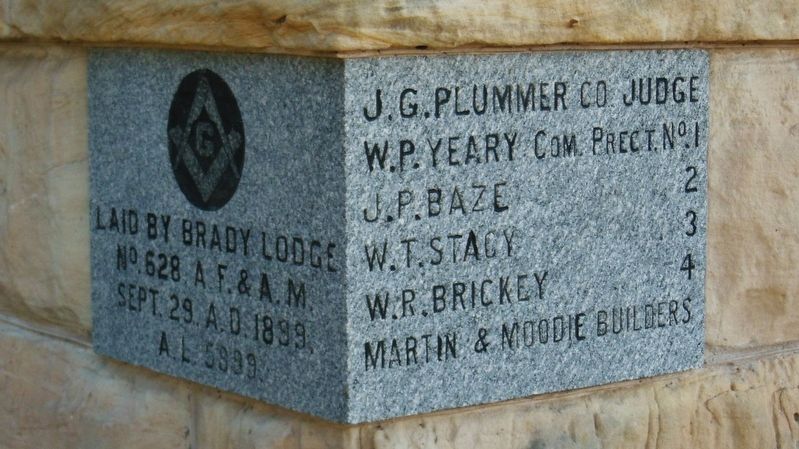 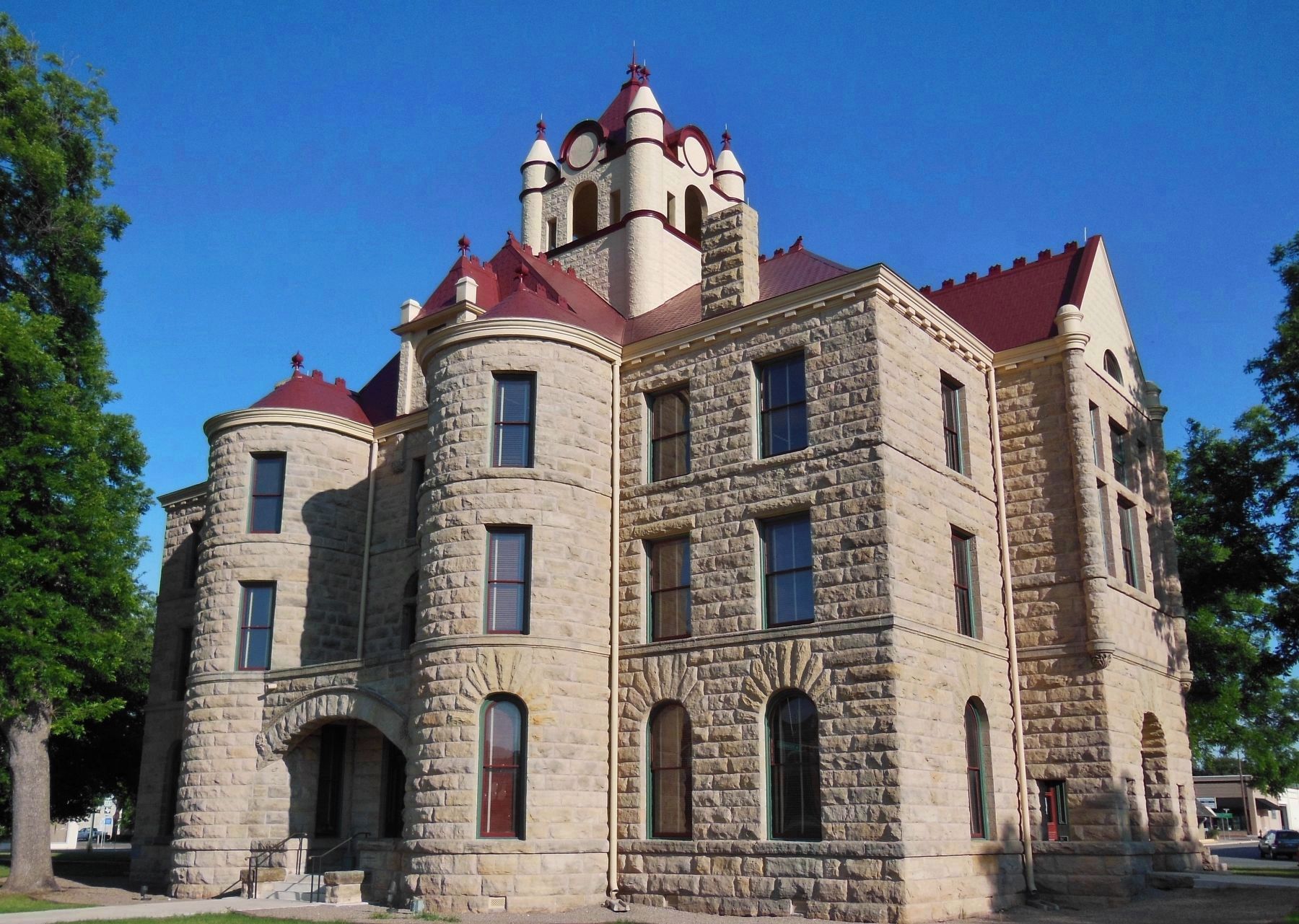 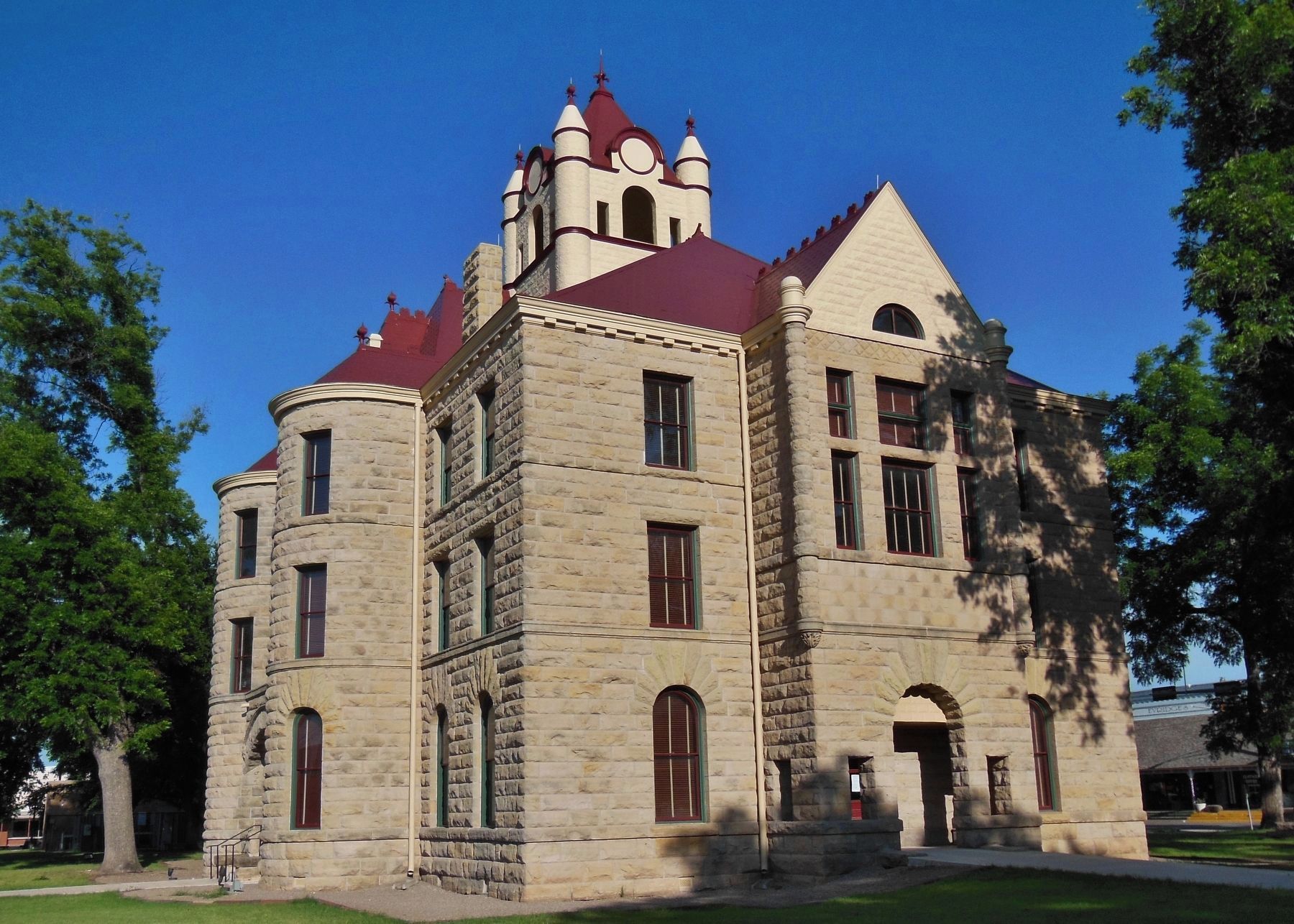 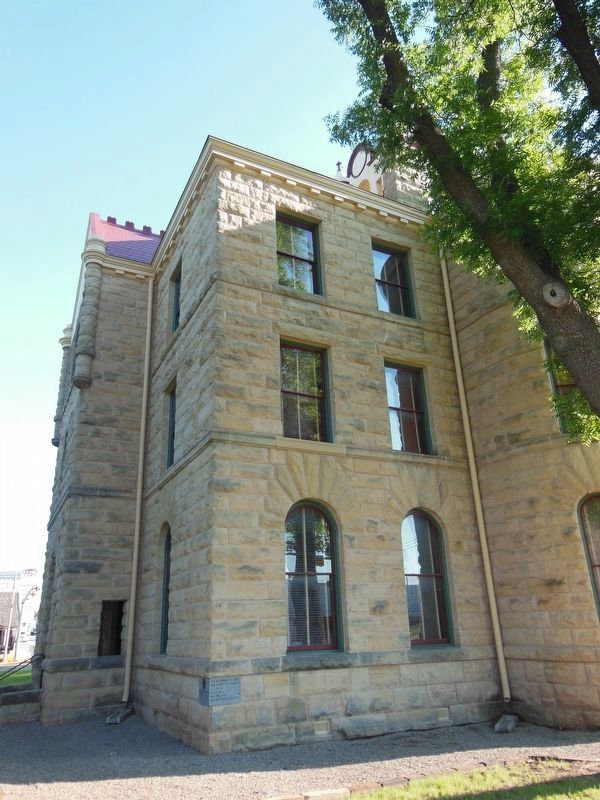