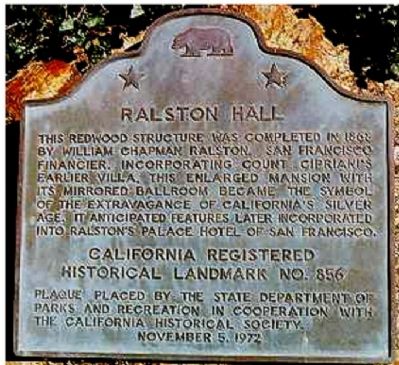 Topics and series. This historical marker is listed in these topic lists: Entertainment • Industry & Commerce • Settlements & Settlers. In addition, it is included in the California Historical Landmarks series list. A significant historical year for this entry is 1868.

Location. 37° 30.978′ N, 122° 17.228′ W. Marker is in Belmont, California, in San Mateo County. Marker is on Ralston Avenue. Plaque is attached to a large boulder near the front entrance to the mansion. Touch for map. Marker is at or near this postal address: 1500 Ralston Ave, Belmont CA 94002, United States of America. Touch for directions.

Other nearby markers. At least 8 other markers are within 3 miles of this marker, measured as the crow flies. 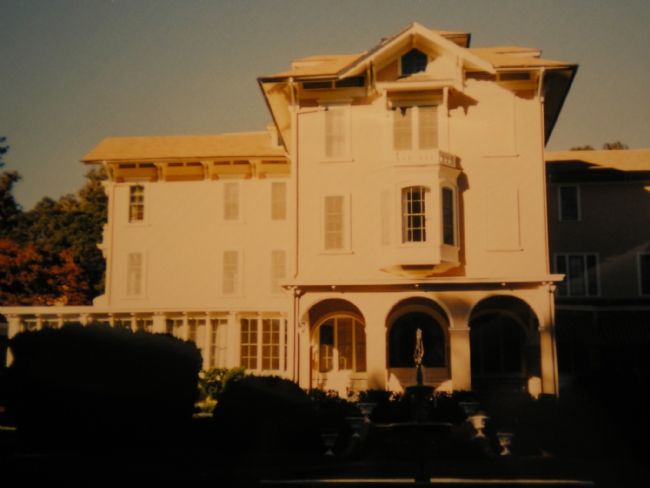 Photographed By Mathew H. Kohnen, circa July 3, 1997
2. Ralston Hall
Completed in 1868 by William Chapman Ralston, Ralston Hall became a symbol of the extravagance durring California's silver age. Many of its features would be incorporated into Ralston's Palace Hotel in San Francisco.