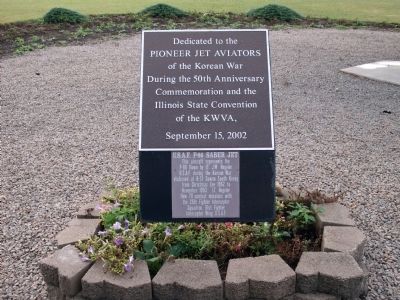 Dedicated to the Pioneer Jet Aviators of the Korean War During the 50th Anniversary Commemoration and the Illinois State Convention of the KWVA, Deptember 15, 2002

Topics. This historical marker is listed in this topic list: War, Korean.

Location. 40° 11.914′ N, 87° 36.166′ W. Marker is in Danville, Illinois, in Vermilion County. Marker is on North Bowman Avenue, on the right when traveling north. Marker located at the entrance of the Vermilion County Airport. Open to the public, with parking easily at hand. Touch for map. Marker is at or near this postal address: 22633 North Bowman Avenue, Danville IL 61832, United States of America. Touch for directions.

Other nearby markers. At least 8 other markers are within 5 miles of this marker, measured as the crow flies. Everyday Heroes (approx. 1.3 miles away); Abraham Lincoln (approx. 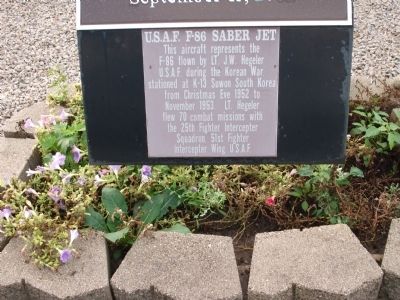 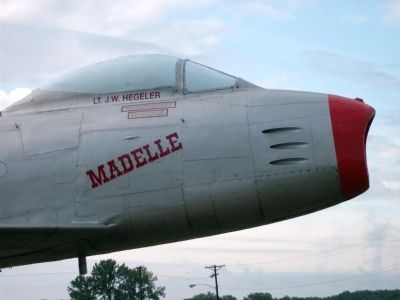 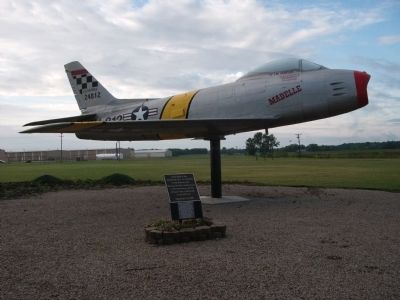 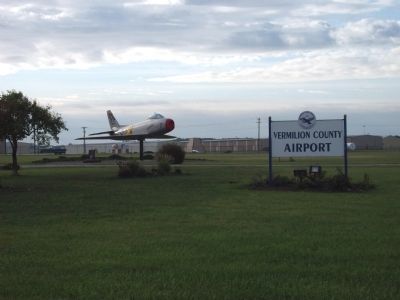