The Ranch of J. Frank Adams 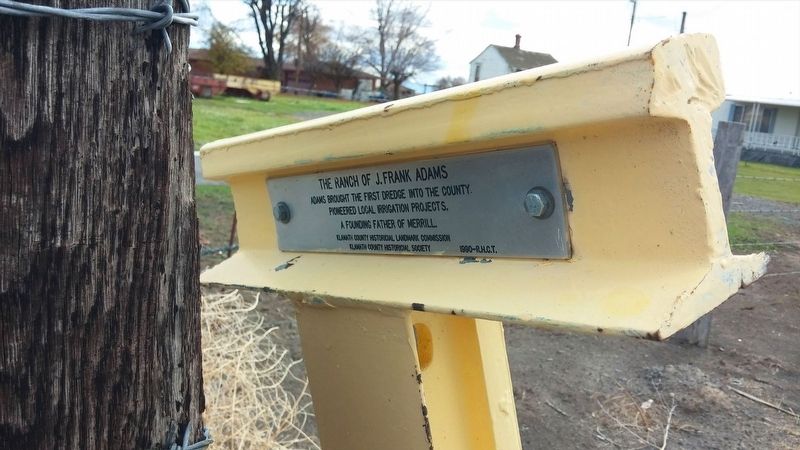 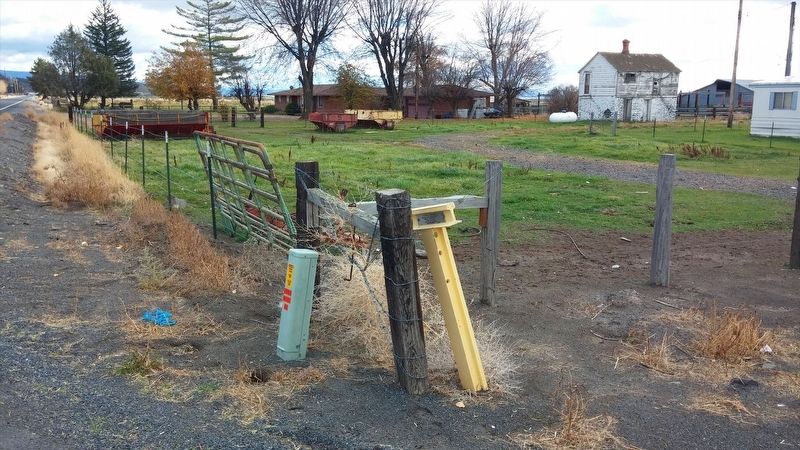 More about this marker. Marker has been tilted and is leaning again a fence post.

Regarding The Ranch of J. Frank Adams. Findaplace.com: J. Frank Adams — March 3, 1855 - September 1929. Pioneer settler in Merrill area. Leader in developing pre-project irrigation system. Owner of large dredge that operated throughout the Upper Klamath Basin at turn of 20th century. Memorial marker placed in 1972 at Malin Community Park describes Adams as "Master of horses and man, Conquerer of deserts, protector of the poor, and pardonable egotist."

J. Frank Adams, son of George and Sarah (Hoag) Adams. At age 14 when living in Sacramento, California he was called upon to support the family due to the unfortunate desertion of his father, who at that time was engaged in freighting to the gold mines of the Mother Lode country. Immediately the boy found employment in driving a stage from Redding, Calif., to Ashland, Oregon. Later he entered into partnership with George Chase of Yreka, Calif., and freighted into Scotts Valley, Calif. With Charley Crowely, then a boy of 16, Frank Adams rode into Butte Creek country to the north and worked for Doten and Fairchild 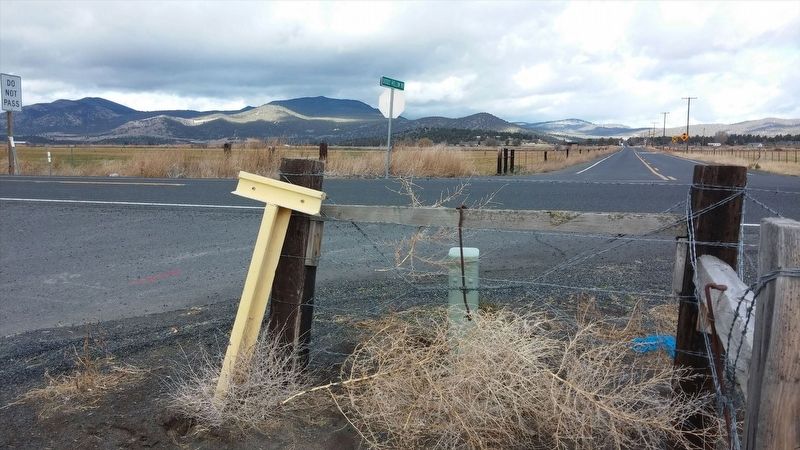 Photographed By Douglass Halvorsen, November 14, 2014
3. The Ranch of J. Frank Adams Marker
breaking horses for the American soldiers to use in the Modoc War in 1872. Mr. Adams then was 17, but commanded the respect of people wherever he went. He once fulfilled his obligations by preaching a funeral sermon for a homesteader's boy, it being 40 miles through impassable snow drifts to the nearest minister.

Often he was called upon to act in emergencies, setting broken bones, reducing swellings in man or beast by the crude method of his pocketknife, even delivering the baby of a destitute family without aid of doctor or nurse, or even clothing for the infant.

In choosing Klamath country, he took 200 mares on shares to try for a stake. He did not want land as he did not consider it worth anything, but was compelled to take up a piece to have a place to build corrals on. Later changed his opinion and took up every claim he was entitled to. He was instrumental in importing registered Percherons from France for use in Klamath County and brought thoroughbred stallions from California, also "California Promotion Boy" the first registered Holstein bull in southern Klamath County.

The outstanding service of Mr. Adams for this county was the first farm irrigation project started in the summer of 1882. With the aid of money borrowed from Van Brimmer brothers, and on his own initiative, built a canal 18 miles long with its head on Little Klamath, together with laterals to bring the water to and and serve 10,000 acres of land on the Lost River side. He owned and operated this system until 1904, when he sold it to the Federal Government.

In 1902 he purchased the first dredger brought into Klamath County. Later Mr. Adams became the manager of the Lakeside Company which had as its purpose the settlement of Malin section.