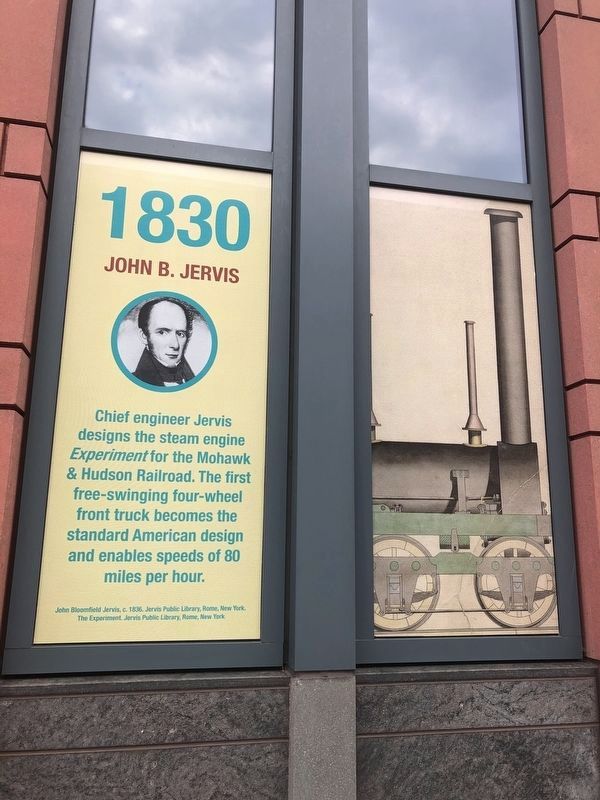 Photographed By Devry Becker Jones, April 7, 2021
1. 1830 Marker
Inscription.
1830. John B. Jervis. Chief engineer Jervis designs the steam engine Experiment for the Mohawk and Hudson Railroad. The first free-swinging four-wheel front truck becomes the standard American design and enables speeds of 80 miles per hour. . This historical marker was erected by U.S. Department of Transportation. It is in Navy Yard in Washington District of Columbia

Topics and series. This historical marker is listed in this topic list: Railroads & Streetcars. In addition, it is included in the D.C. - Transportation Walk series list. A significant historical year for this entry is 1830. 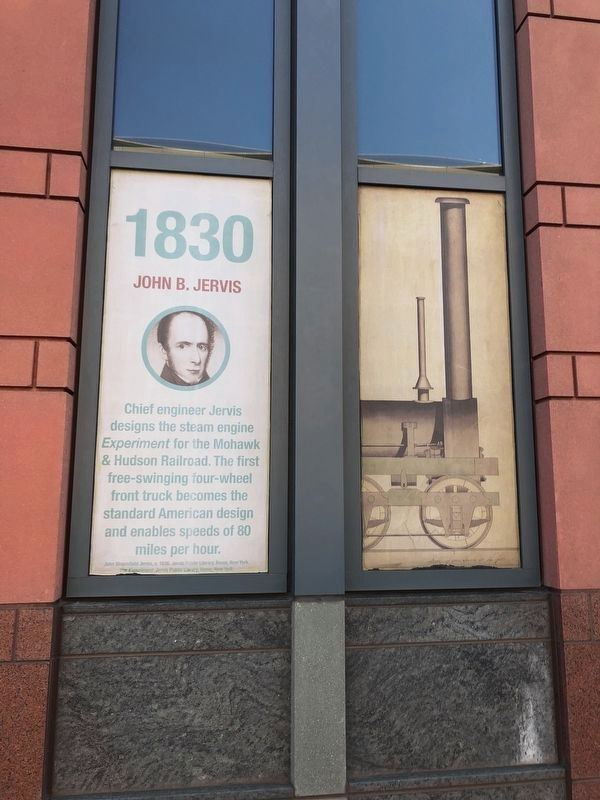 Photographed By Devry Becker Jones, April 1, 2019
2. 1830 Marker
A prior iteration of the marker. It was identical to the current signage.