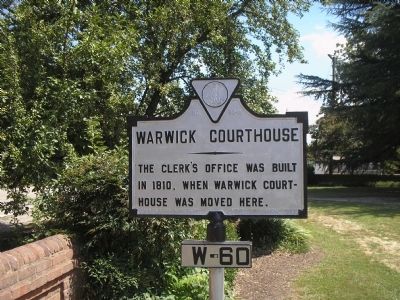 The clerk’s office was built in 1810, when Warwick Courthouse was moved here.

Topics. This historical marker is listed in these topic lists: Notable Buildings • Notable Places. A significant historical year for this entry is 1810. 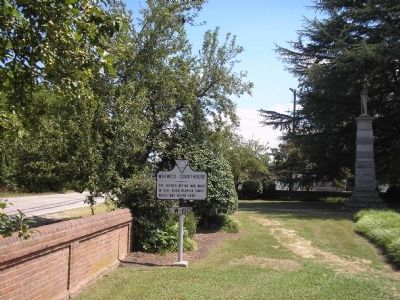 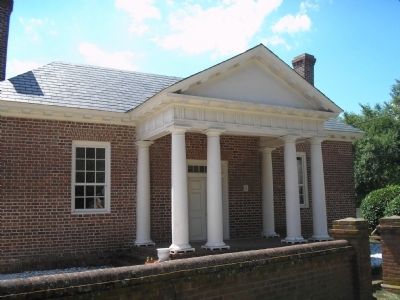