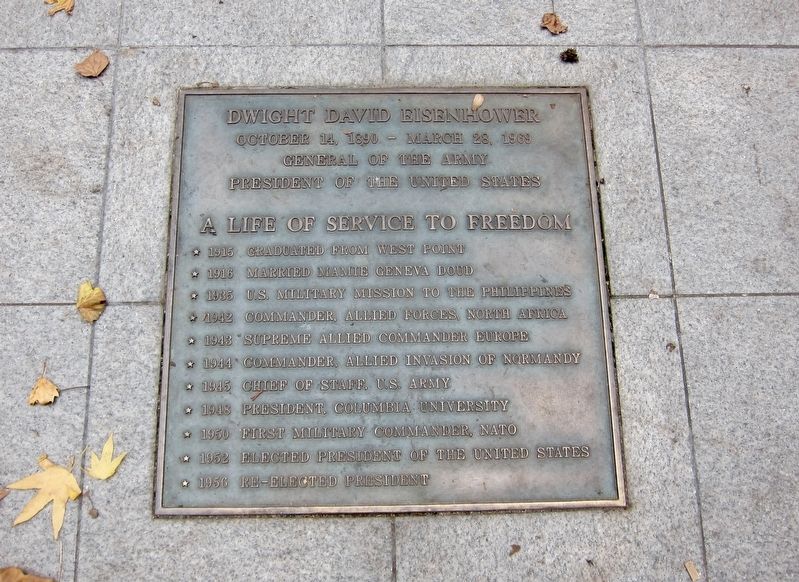 A Life of Service to Freedom

. This historical marker is in City of Westminster in Greater London England United Kingdom

A Life of Service to Freedom

Topics and series. This memorial is listed in this topic list: War, World II. In addition, it is included in the Former U.S. Presidents: #34 Dwight D. Eisenhower series list. A significant historical date for this entry is March 28, 1969. 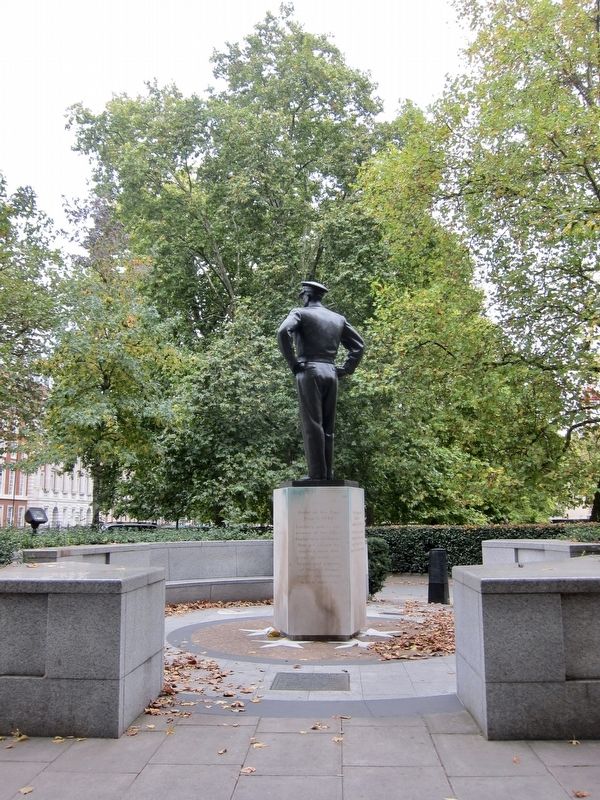 More about this marker. The Eisenhower Statue is located in the northwest corner of Grosvenor Square, in front of the (former) US Embassy.

Also see . . .  Dwight D. Eisenhower (Wikipedia). "Dwight David "Ike" Eisenhower (born David Dwight Eisenhower, October 14, 1890 – March 28, 1969) was an American Army general and statesman who served as the 34th President of the United States from 1953 to 1961. During World War II, he was a five-star general in the United States Army and served as Supreme Commander of the Allied Expeditionary Forces in Europe. He was responsible for planning and supervising the invasion of North Africa in Operation Torch in 1942–43 and the successful invasion of France and Germany in 1944–45 from the Western Front. 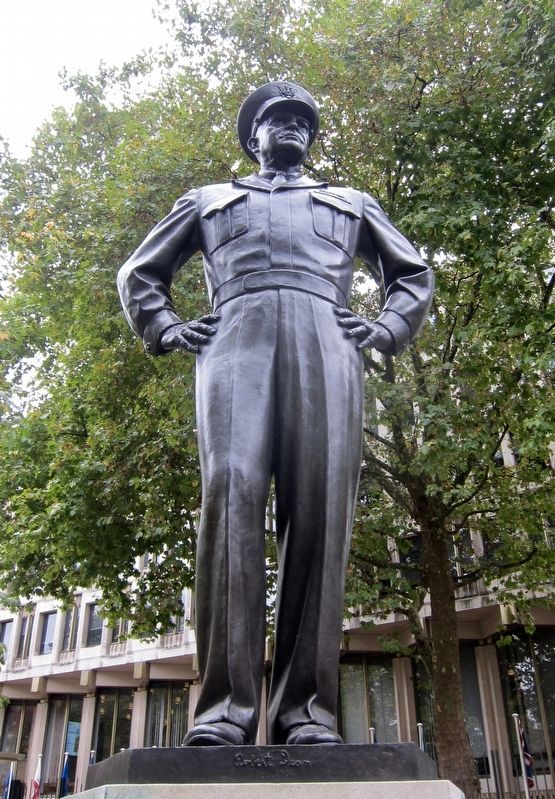 Photographed By Andrew Ruppenstein, October 14, 2017
3. Dwight David Eisenhower (Robert Dean, Sculptor)
He was also the first American President to be bound by the 22nd Amendment, which limits the number of times one can be elected to the office of President of the United States." (Submitted on January 17, 2018.) 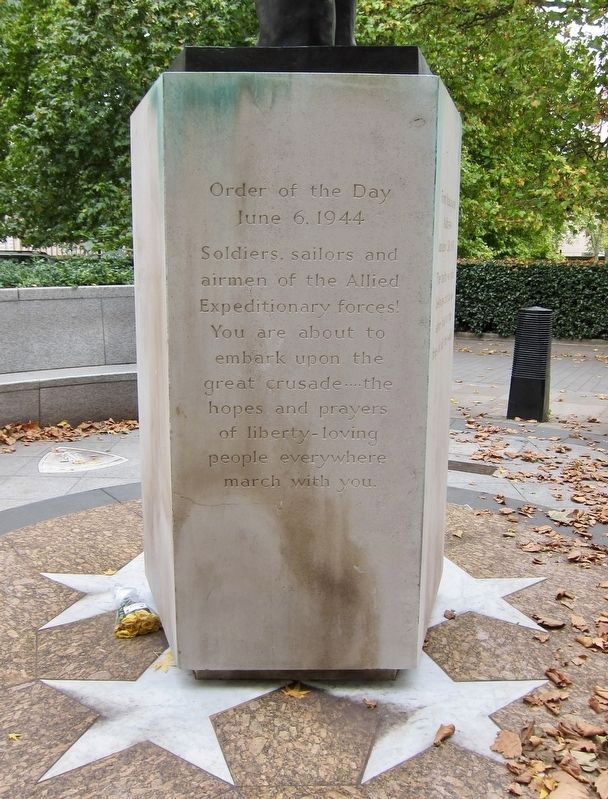 Photographed By Andrew Ruppenstein, October 14, 2017
4. Order of the Day: June 6, 1944 (Rear of Plinth)
Soldiers, sailors and airmen of the Allied Expeditionary Forces! You are about to embark on the great crusade....the hopes and prayers of liberty-loving people everywhere march with you. 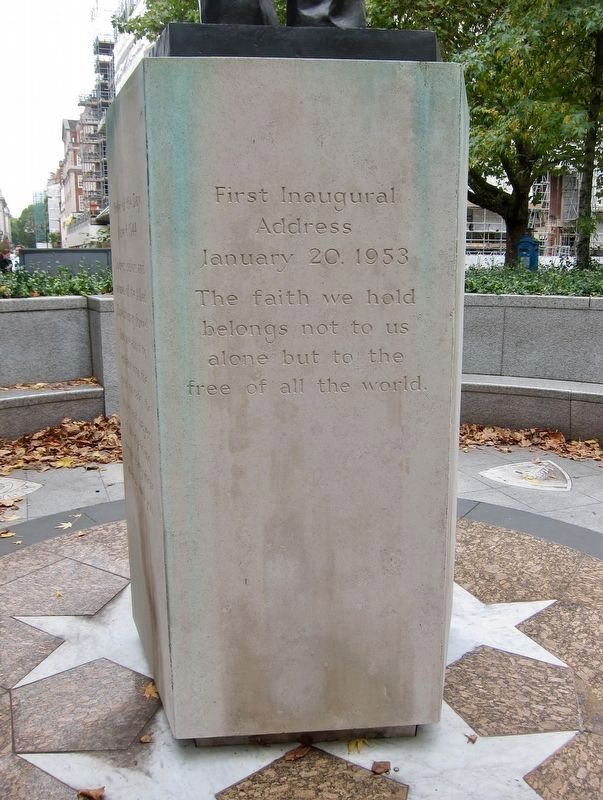 Photographed By Andrew Ruppenstein, October 14, 2017
5. First Inaugural Address, January 20, 1953 (Left Side of Plinth)
The faith we hold belongs not to us alone but to the free of all the world. 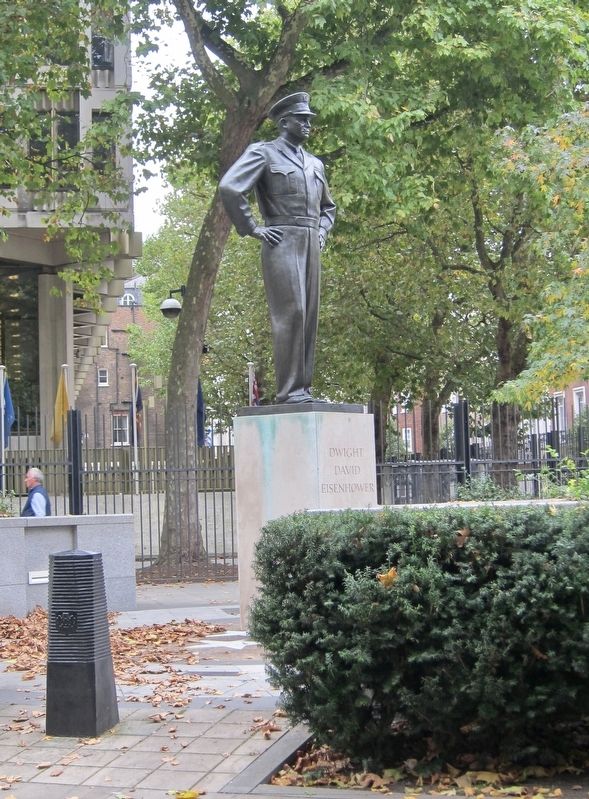 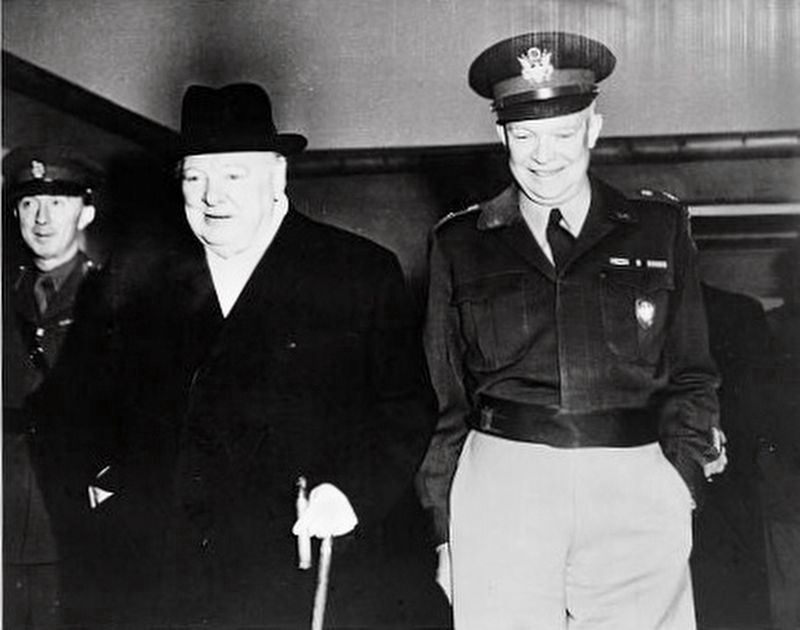