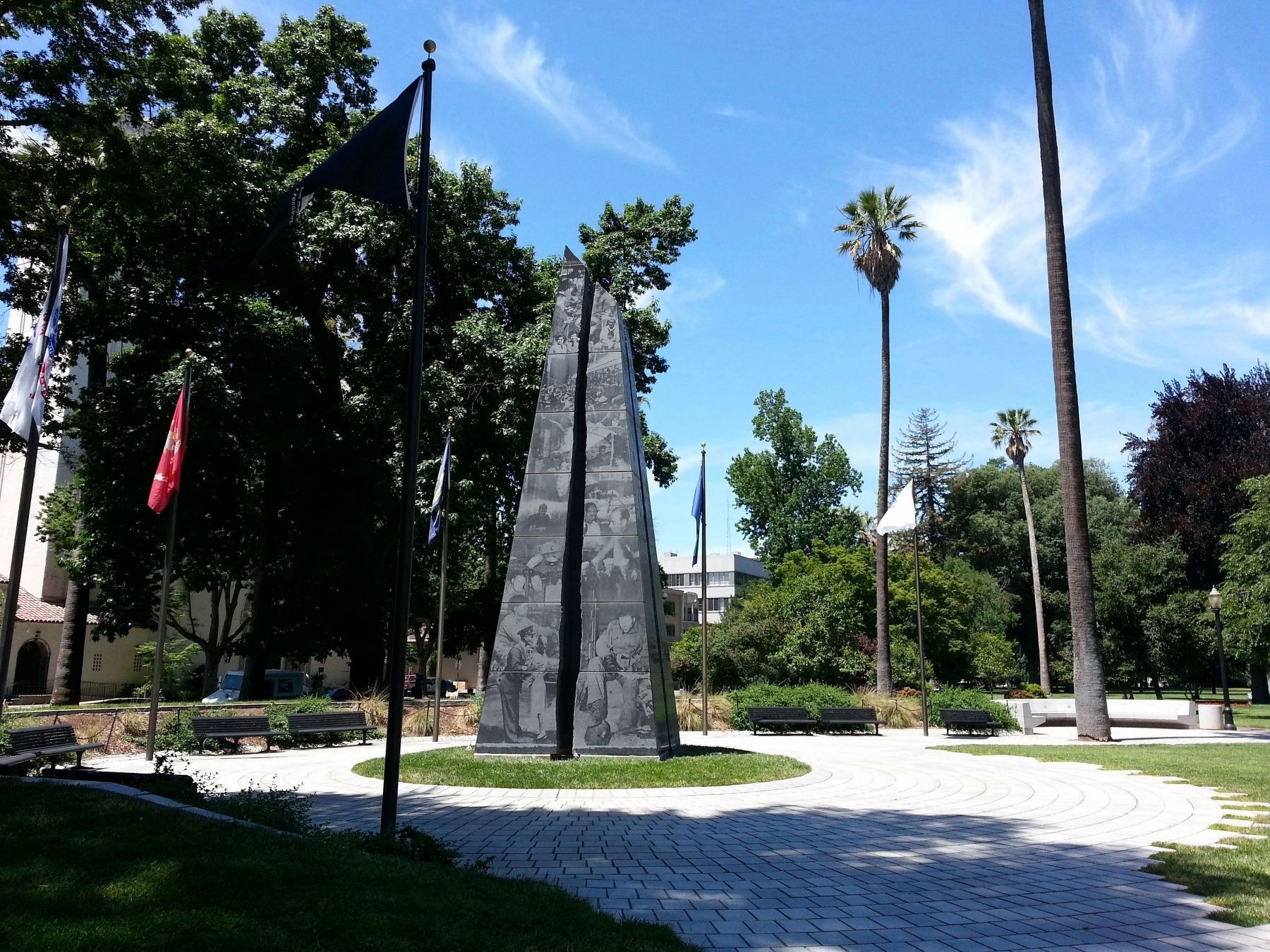 (Memorial is without text.)

Erected 1998 by State of California. 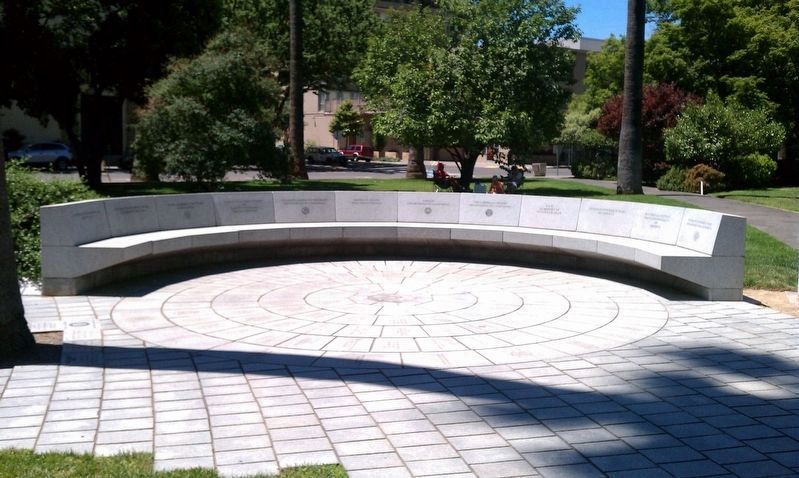 By Douglass Halvorsen, June 1, 2013
2. California Veterans Memorial Bench
is comprised of a black granite obelisk-shaped monument depicting laser-etched illustrations of military members in patriotic scenes on all sides. Surrounding the obelisk are flagpoles containing flags of each military branch of service in addition to the U.S. Flag, the POW Flag and the State Flag of California. In addition, a semi-circular stone memorial bench nearby contains many donor names and organizations who aided in the construction of this veterans memorial, dedicated by then-Governor Pete Wilson in December, 1998. A Purple Heart memorial monument was added and dedicated in 2010.

Also see . . .  A Tribute to California's Military Heroes (click on "Veterans Memorial" button for page). The California Veterans Memorial pairs the ancient obelisk shape with modern techniques. Images of war taken from photographs are etched into the granite structure. The images range from soldiers wounded in combat to a wife and child welcoming a serviceman home. Narrow fissures slice through each of the obelisk's four panels, symbolizing the devastation of war. (Submitted on February 15, 2018.) 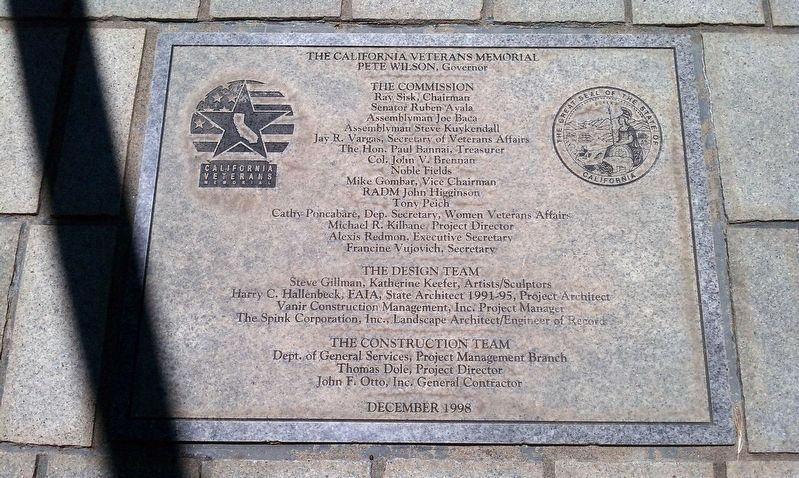 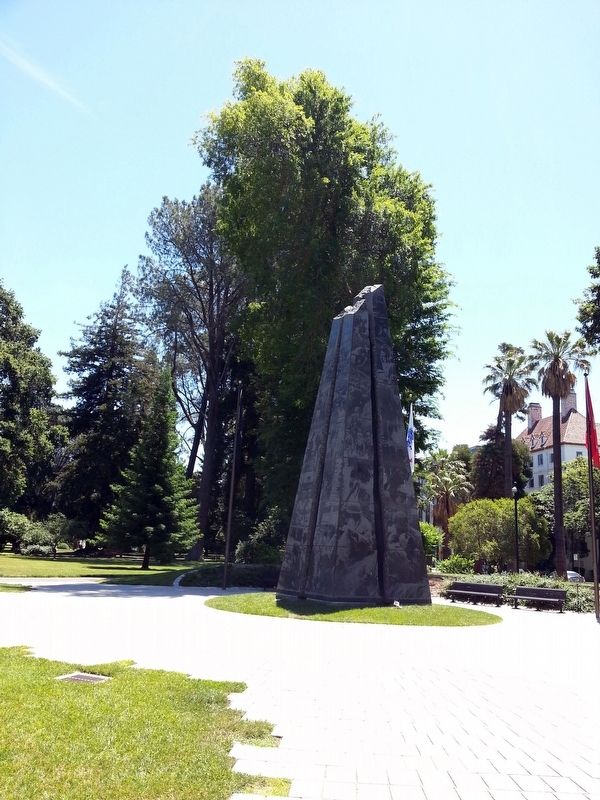