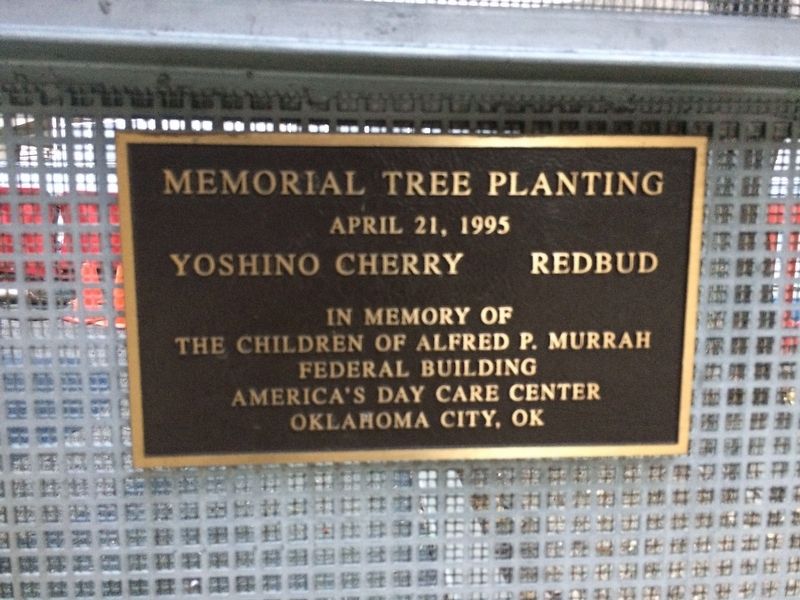 Topics. This historical marker is listed in these topic lists: Disasters • Horticulture & Forestry. A significant historical date for this entry is April 21, 1995. 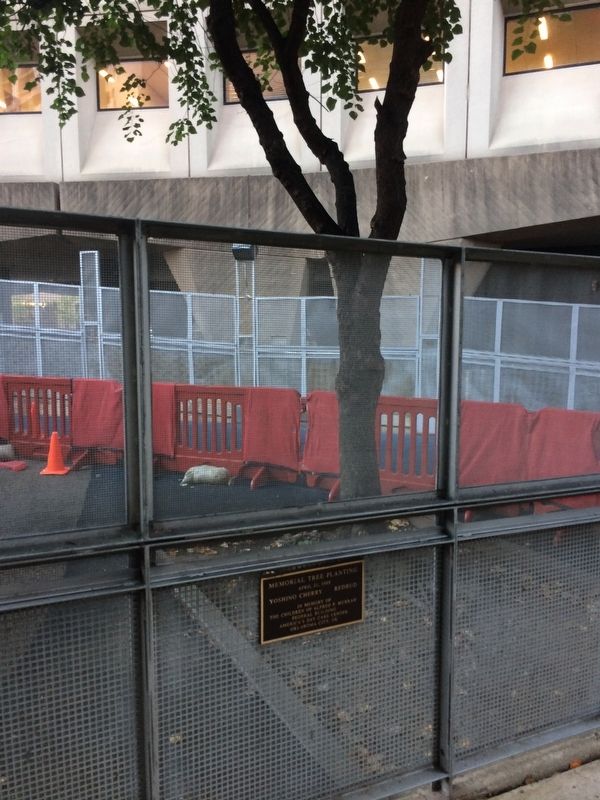 October 17, 2017
2. Memorial Tree Planting Marker
Photo of marker and its tree in the background.