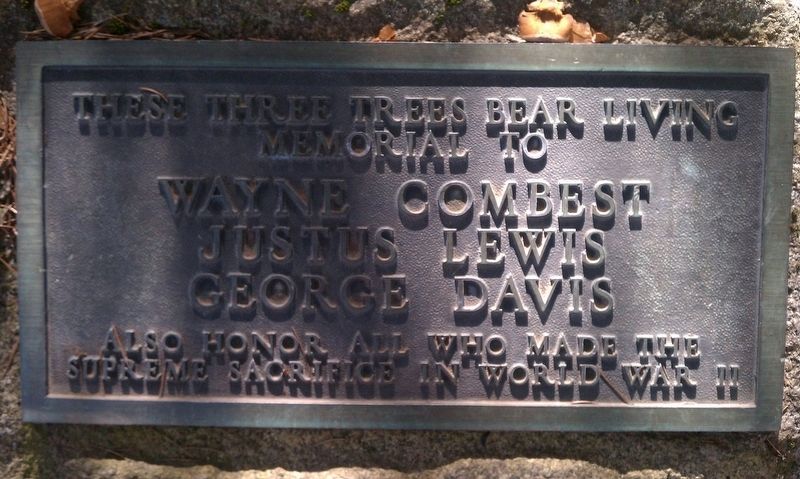 Also Honor All Who Made The Supreme Sacrifice in World War II. . This memorial is in Jacksonville in Jackson County Oregon 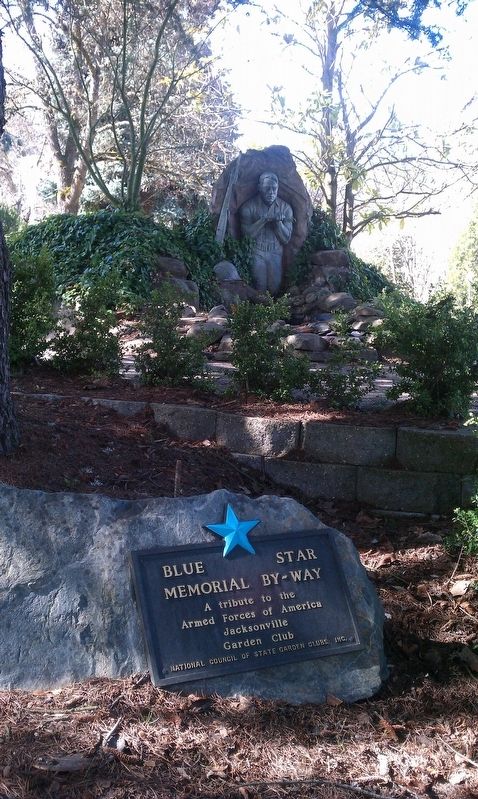 Click or scan to see
this page online
(about 300 feet away); Peter Britt: Man of Culture and Commerce (about 400 feet away). Touch for a list and map of all markers in Jacksonville.

More about this memorial. One of the dedicated trees has died and two remain. This very small triangular park contains the Universal Infantryman statue/fountain as well as a nearby Blue Star Memorial Byway plaque.

Regarding World War II Three Trees Memorial. The Mail Tribune provides an article highlighting the backgrounds of the men killed in action:

No one goes to war to be remembered as a name molded on a brass plaque. Yet, knowing they may never return, men and women head for battle with courage, determination and a touch of fear when their country calls.

Wayne Combest was in his early 20s when he joined the army in 1941 and left Jackson County for training in California. As a crew member of a support unit for the Army Air Corps' 34th Pursuit Squadron, Combest arrived in the Philippine Islands barely a month before the Japanese attack on Pearl Harbor.

Nine hours after that attack, the Imperial Japanese Navy Air Service began striking American airfields on the Bataan Peninsula of Luzon Island. Within three weeks, Combest's squadron of aircraft was wiped out, its pilots and support personnel fighting for their lives as combat infantry.

By May of 1942, more than 70,000 American and allied soldiers, the largest American army in history to surrender, began 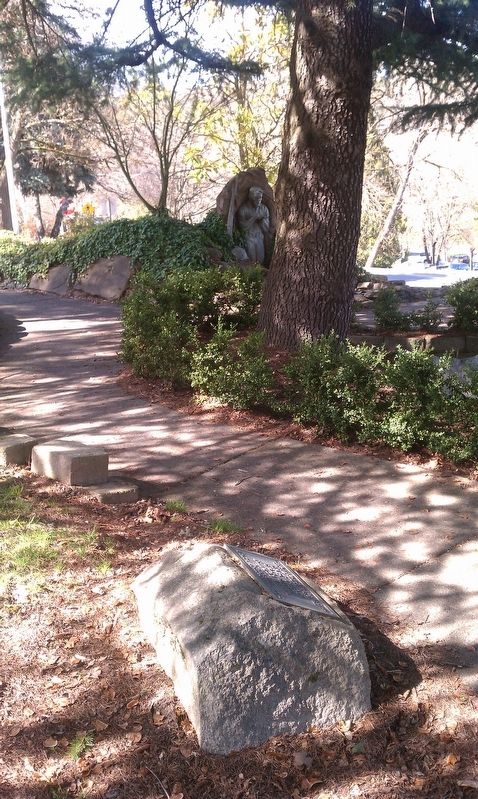 Photographed By Douglass Halvorsen, March 10, 2013
3. World War II Three Trees Memorial Marker
the infamous Bataan Death March. Estimates say between 5,000 and 11,000 of those forced to walk the 60 miles would die before reaching the prisoner of war camp. Those who survived the march were barely more fortunate than those who died. Disease was rampant at the camp. There was not enough food and water was given out only once a day. Combest died in camp, January 10, 1943, and is buried in the Manila American Cemetery. His name, and those of George Davis and Justus Lewis, are memorialized on a plaque in Jacksonville's Veterans Park. Davis and Lewis also served in the Philippines, but little is known of their service or of their lives.

(George) Davis's mother didn't know her son was dead until a telegram arrived in 1945. Official records say he died in action, but no date or place of burial is given.

As for (Justus) Lewis, if he survived the Death March and the prisoner of war camp, he may have been one of the many prisoners transferred outside of the Philippines by the Japanese. His burial location is unknown and he is not listed in the official death records.

On May 29, 1946, on land donated to Jacksonville, members of the Jacksonville Garden Club planted three trees in honor of the mens' memory. The bronze plaque and granite stone were placed later.

On June 6, 2000, a commemorative statue, the "Universal Infantryman," was dedicated 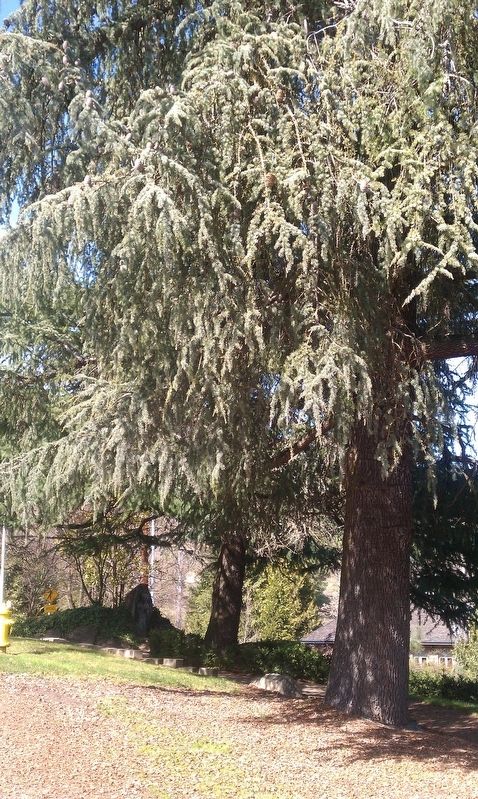 Photographed By Douglass Halvorsen, March 10, 2013
4. World War II dedicated trees (now two)
in the park. Sculpted and donated at no charge by Alik Iskenderov, a former citizen of the old Soviet Union, the statue depicts a soldier, helmet off and rifle at his side, cupping flowing water in his hands. "He takes a sip of water, a symbol of new life after the war," said Iskenderov.

The park is dedicated "to all who made the supreme sacrifice," and honors all who serve — those who return home and those still far away.

Memories fade, but we must still remember. Surely, someone, somewhere knows more about Combest, Davis and Lewis — these three young, fallen heroes, who joined to serve and never came home again. 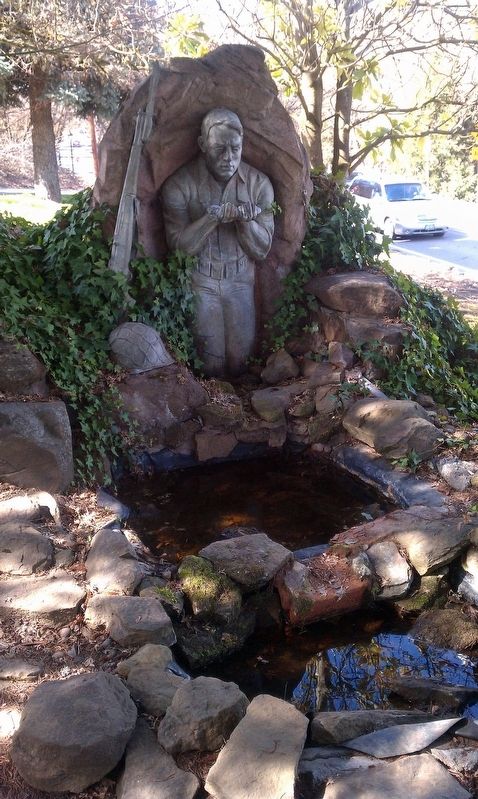