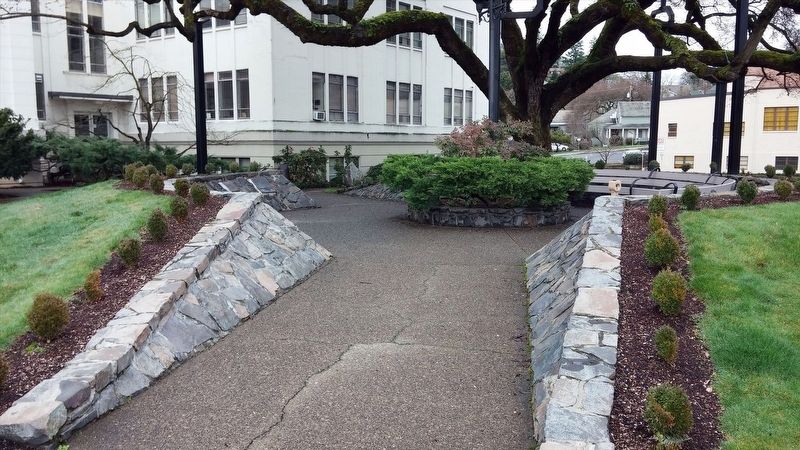 This memorial is dedicated to all Douglas County Men and Women who have served their country in its several armed conflicts and especially to those who make the supreme sacrifice, many of whom are listed here.

Erected 1971 by Douglas County Board of Commissioners. 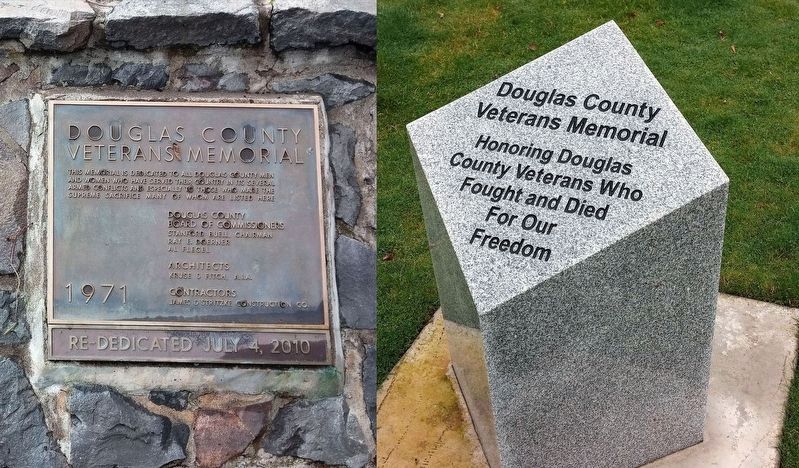 Honoring Douglas
County Veterans Who
Fought and Died
For Our
Freedom

Click or scan to see
this page online
half a mile away); Medal of Honor Recipients Moon Tree (approx. 1.7 miles away); Pinot Noir (approx. 9.1 miles away); History of the (grist) Wheel (approx. 13.1 miles away). Touch for a list and map of all markers in Roseburg. 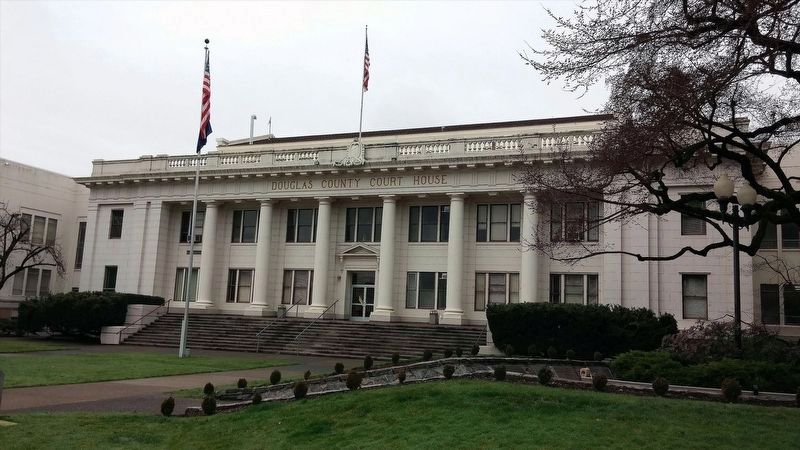 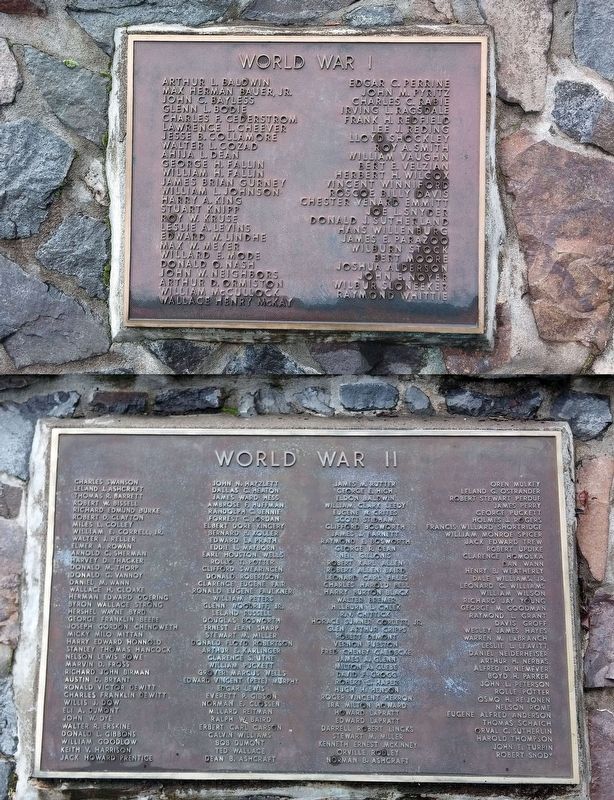 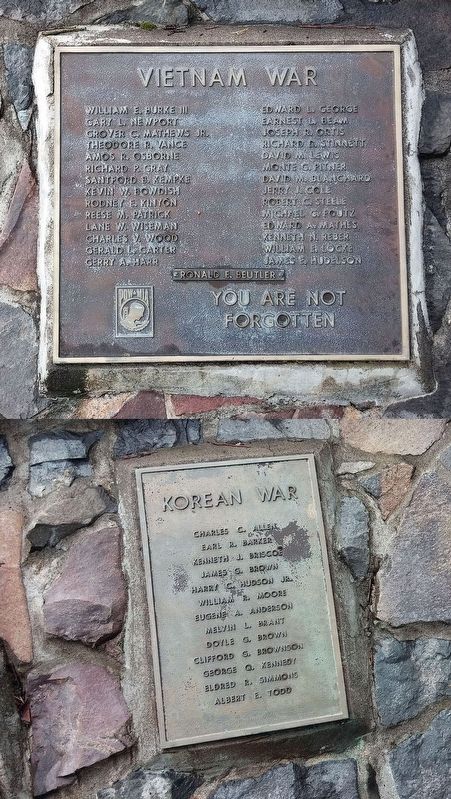 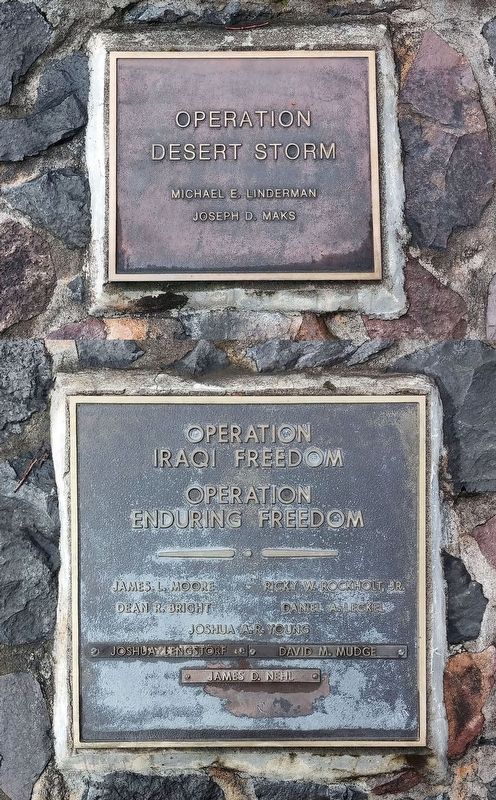