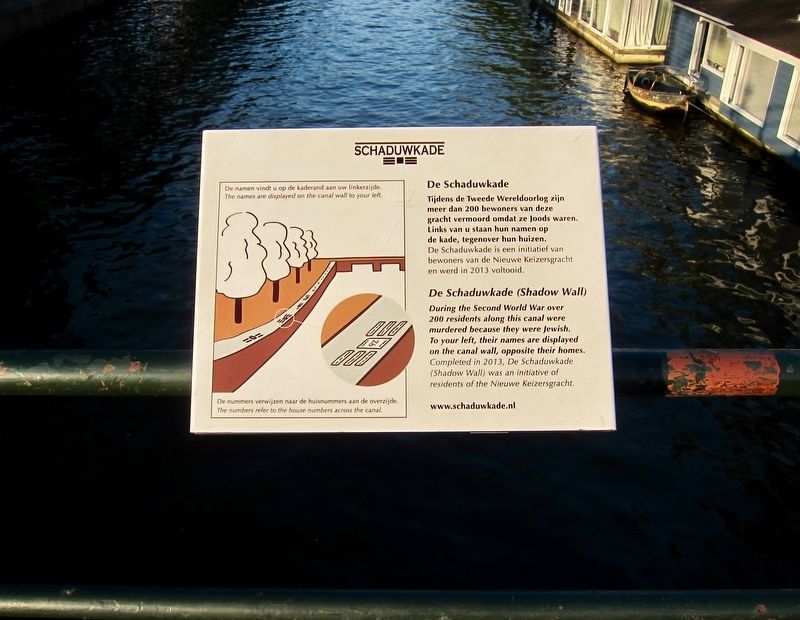 During the Second World War over 200 residents along this canal were murdered because they were Jewish. To your left, their names are displayed on the canal wall, opposite their homes.