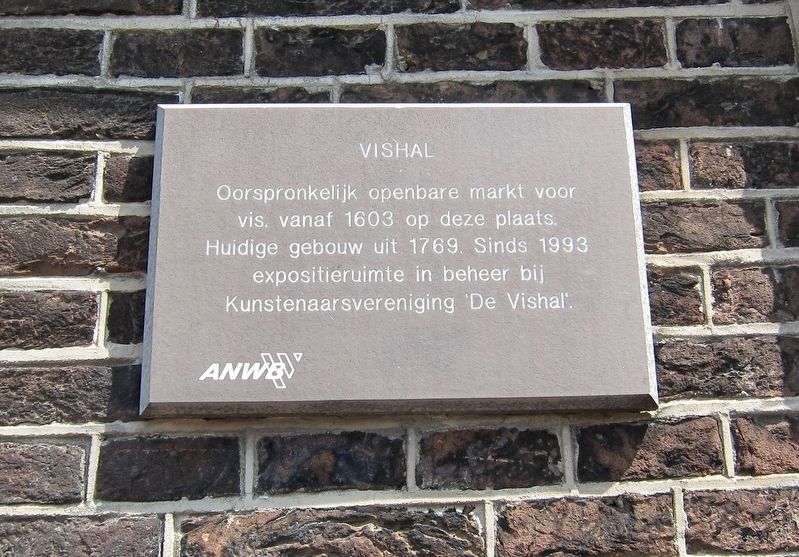 By Andrew Ruppenstein, June 19, 2017
1. Vishal / "Fish Hall" Marker
Inscription.
[English translation:] , Originally an open-air fish market at this site. Current building from 1769. Since 1993 an exhibition space under management of the 'De Vishal' ("The Fish Hall") Artist Association. . This historical marker was erected by The ANWB. It is in Haarlem North Holland Netherlands