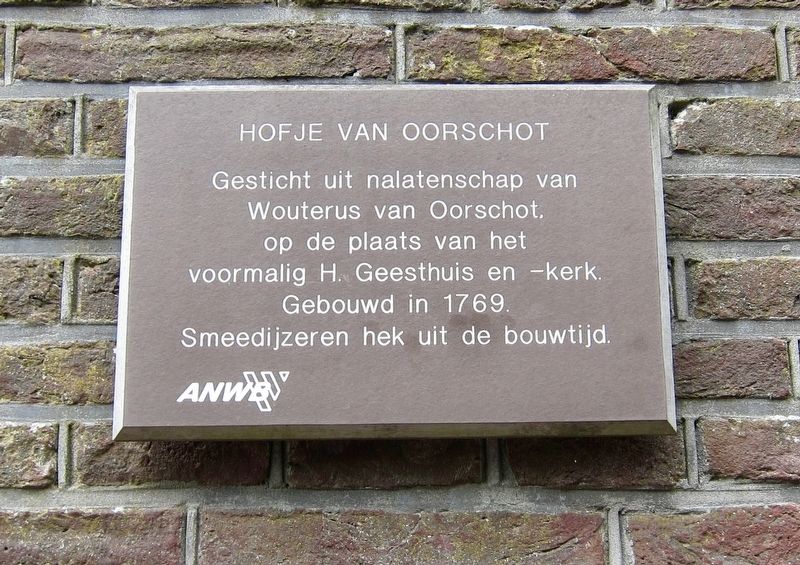 By Andrew Ruppenstein, June 19, 2017
1. Hofje van Oorschot Marker
Inscription.
[English translation:] Founded from the bequest of Wouterus van Oorschot, on the former site of the Church- and House of the Holy Spirit. Built in 1769. The wrought iron gate dates from the time of construction. . This historical marker was erected by The ANWB. It is in Haarlem North Holland Netherlands