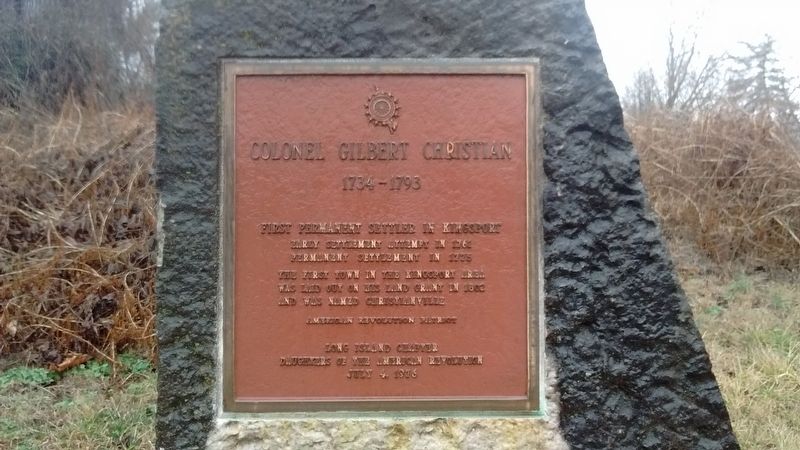 Early settlement attempt in 1761.
Permanent settlement in 1775.
The first town in the Kingsport area was laid out on his land grant in 1802 and was named Christianville.
American Revolution Patriot

Erected 1976 by Long Island Chapter Daughters of the American Revolution.

Topics. This historical marker is listed in this topic list: Settlements & Settlers. A significant historical year for this entry is 1761. 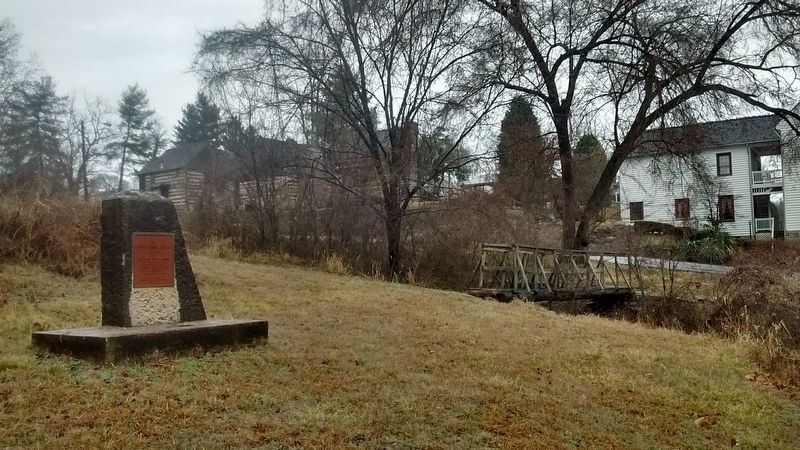